Texas and Arizona saw the highest number of officers shot, with 26 and 21 respectively.

A total of 302 law enforcement officers have been shot in the line of duty thus far in 2022, with 56 of them dying from gunfire, according to a report from the National Fraternal Order of Police.

Sustained gunshot injures have risen 8% from the same time in 2020 while fatalities have disproportionately increased by 27% in the same period. In 2022, there have thus far been 79 ambush style attacks on officers, the report continued.

"Premeditated ambush-style attacks are particularly disturbing and pernicious. These types of attacks are carried out with an element of surprise and intended to deprive officers of their ability to defend against the attack," the FOP wrote. "Premeditated attacks contribute to a worrisome desensitization to evil acts that were once largely considered taboo except by the most depraved individuals."

"In 2020, 49 percent of shooting incidents involved a discernible element of premeditation, which is a 7 percent increase over 2019," the report continued. Antipathy toward law enforcement has grown among some communities and pressure groups amid the rise of the "Defund the Police" movement in the wake of the death of George Floyd.

Texas and Arizona saw the highest number of officers shot, with 26 and 21 respectively. Both states share a border with Mexico through which the nation has witnessed an unprecedented surge in illegal migration and both drug and human trafficking. 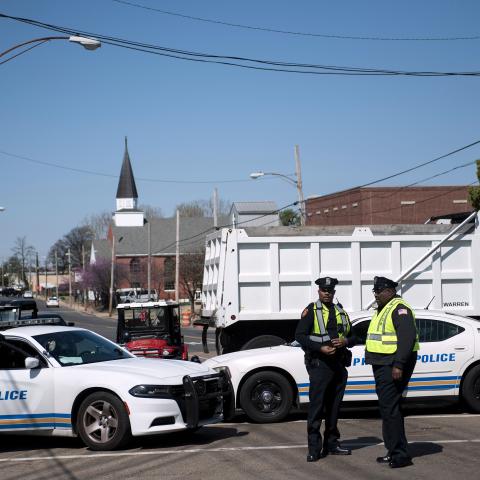