The lawsuit filed Monday claims that Dana Hutchings was not told of the risks of an eating competition. 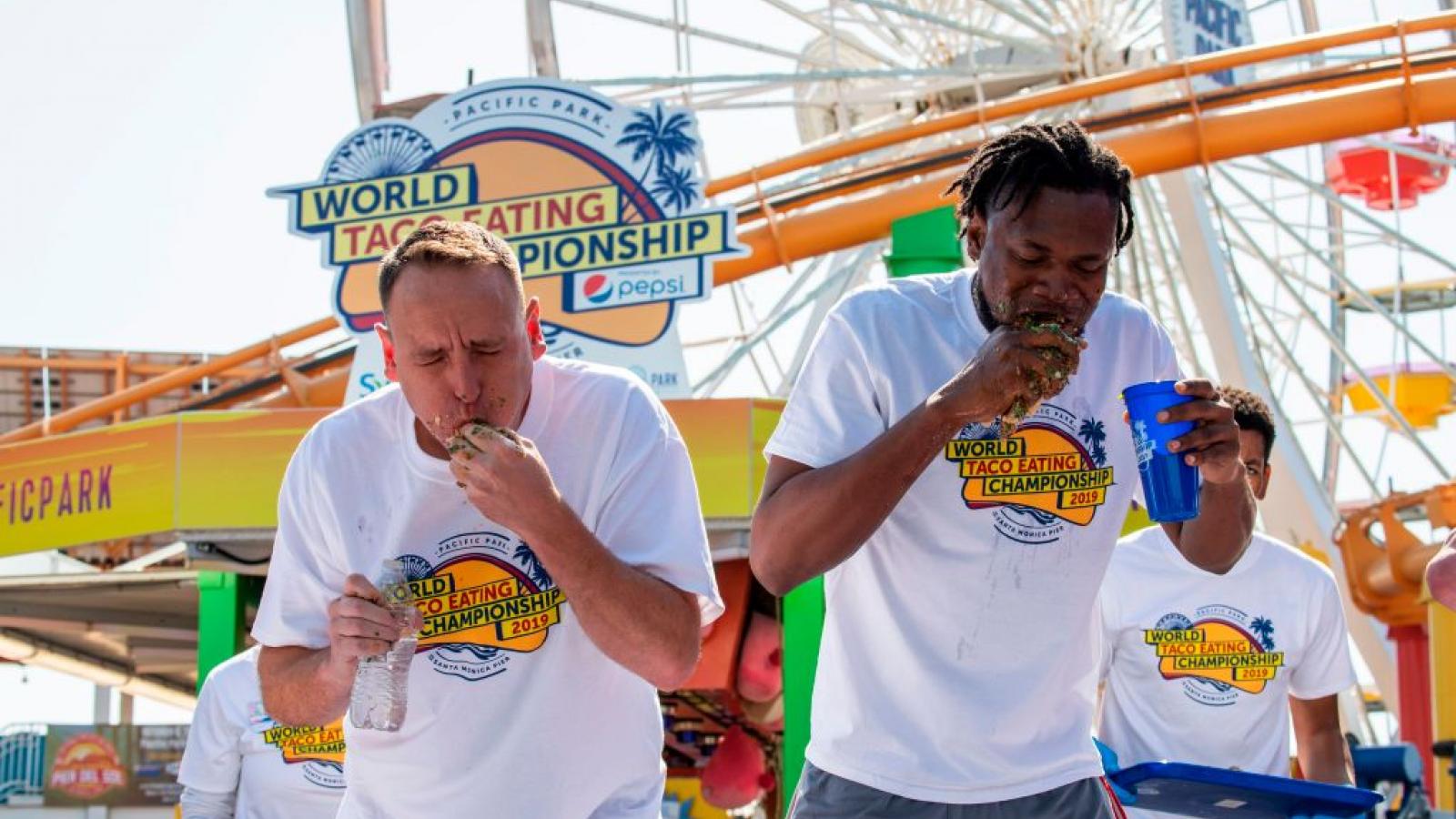 The son of a California man who choked to death during a taco-eating contest has filed a negligence suit against event organizers.

Marshall Hutchings filed the suit Monday alleging father Dana Hutchings was warned about the risks involved in such contests, according to the Associated Press.

Hutchings, 41, died after he choked on tacos during a competition amid a Fresno Grizzlies minor league baseball game on Aug. 13, 2019. The competitors attempted to eat as many tacos as possible during an allocated amount of time.

Fresno Sports and Events, the owner of the Grizzlies, is named in the lawsuit.

Grizzlies President Derek Frank said he would not be making any public comments regarding the suit.

Hutchings' attorney, Martin Taleisnik, said that for competitive eating competitions professionals train and make themselves physically ready for the contests.

"But that is not always present in an amateur eating contest," he said. "The conductors of this event should have made the risks known to the competitors and taken steps to protect them."