The Fifth Circuit Court of Appeals says mandate on private firms "threatens to substantially burden the liberty interests of reluctant individual recipients put to a choice between their job and their jab."

Reaffirming an earlier order, a federal appeals court on Friday evening ordered President Joe Biden's administration not to enforce its COVID-19 vaccine mandate for companies with more than 100 employees.

In its ruling, the Fifth Circuit Court of Appeals called the mandate "fatally flawed," while ordering the U.S. Labor Department's Occupational Safety and Health Administration (OSHA) to "take no steps to implement or enforce the Mandate until further court order."

Texas Attorney General Ken Paxton, who led the challenge against the mandate, applauded the court on Twitter.

"Citing Texas's 'compelling argument[s],' the 5th Circuit has delayed OSHA's unconstitutional and illegal private-business vaccine mandate. WE WON!" Paxton tweeted. "Litigation will continue, but this is a massive victory for Texas and for FREEDOM from Biden's tyranny and lawlessness."

According to Reuters, the White House has not yet responded to the ruling.

"The Fifth Circuit's decision to put a stop to the Biden Administration's illegal vaccine mandate is a huge win for liberty and cements the reality that this mandate is an overreach by the federal government that would cause irreversible damage to American businesses and workers," said Sarah Harbison, general counsel at the Louisiana-based Pelican Institute for Public Policy.

Under Biden's direction, OSHA last week released details of the vaccine mandate, which seeks to require private employers with 100 or more workers to provide proof they are vaccinated against COVID-19 or submit to weekly testing. The mandate, which could affect an estimated 74 million American workers, includes a Jan. 4 deadline for vaccination.

The policy also would impose nearly $14,000 in fines per employee if businesses are caught letting their workers skirt the mandate.

"Today's ruling marks a tremendous success because the court recognizes how this mandate would impair our liberty and infringe on our constitutional rights," Trosclair said in a statement provided by Liberty Justice Center. "I am proud to be in this fight on behalf of not just my employees, but all Americans. It's wrong for the federal government to order me to interfere in the private medical decisions of my team members or to impose insurmountable costs on my businesses."

The same court last Saturday issued a temporary stay on the private sector vaccine mandate, citing "grave" constitutional concerns. In it's Friday's ruling, a three judge panel of the court added to its concerns.

"The Mandate threatens to substantially burden the liberty interests of reluctant individual recipients put to a choice between their job(s) and their jab(s)," the panel wrote.

The court also said "occupational safety administrations do not make health policy," and it ordered that the private sector mandate "remains stayed pending adequate judicial review of the petitioners’ underlying motions for a permanent injunction. In addition, it is further ordered that OSHA take no steps to implement or enforce the Mandate until further court order."

Other lawsuits also are pending. 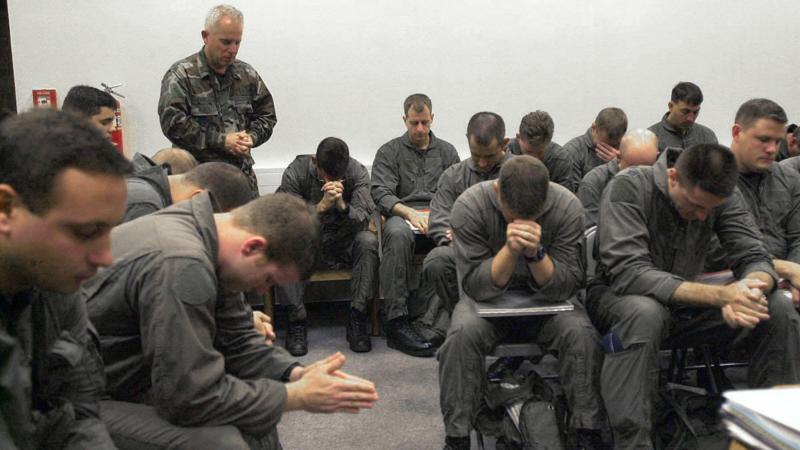 Air Force service member says the military could still enforce a vaccine mandate, fight not over yet