Activist group Ruth Sent Us is planning a "walk by" protest to homes of the Supreme Court's six conservative-leaning justices. 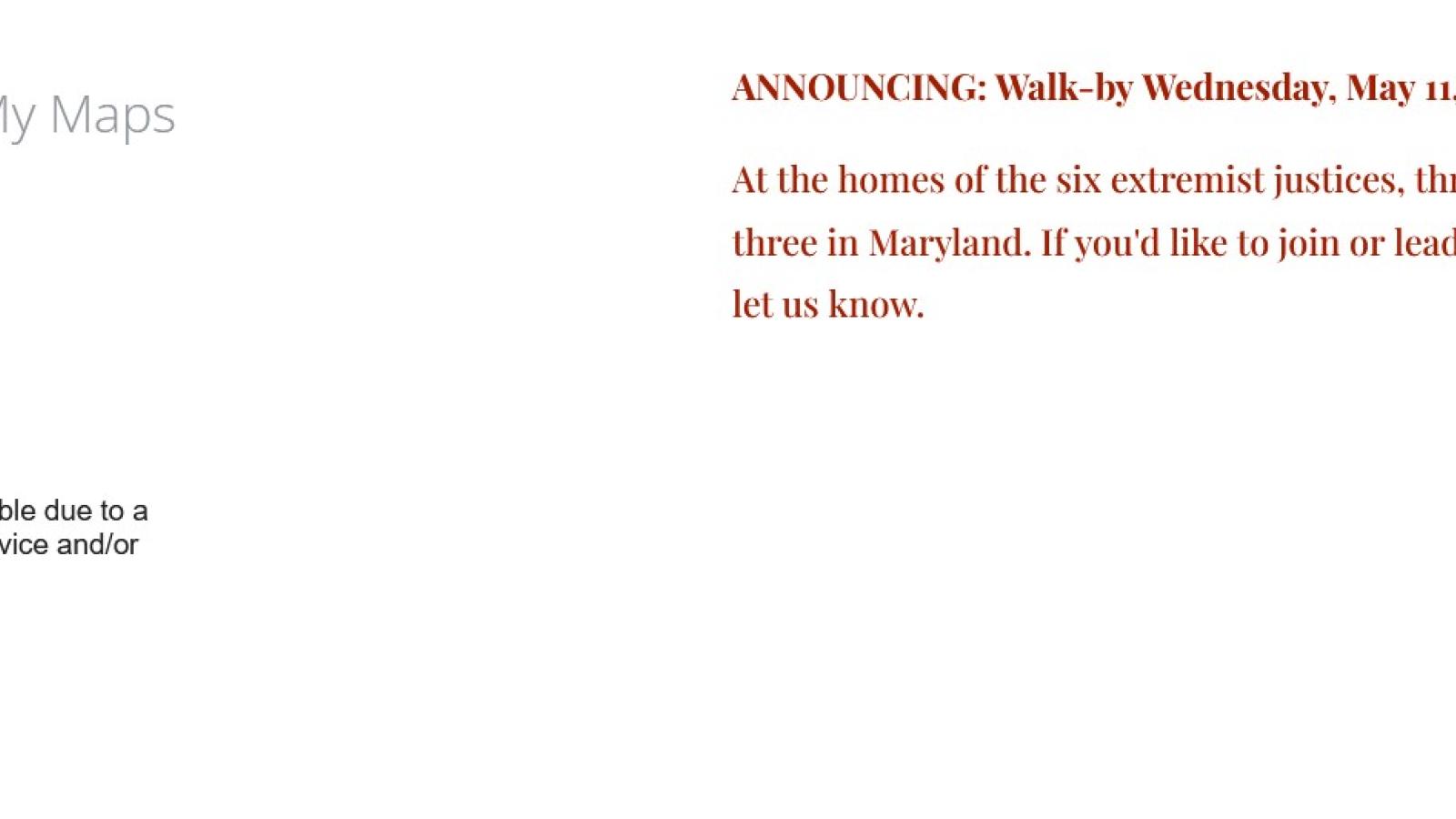 Google has removed a map displaying the home addresses of U.S. Supreme Court justices which an activist group posted in preparation for a protest march over the court's expected overturn of the landmark abortion precedent Roe v. Wade.

Activist group Ruth Sent Us, which supports the preservation of abortion rights, is planning a "walk by" protest to homes of the Supreme Court's six conservative-leaning justices, three of whom reside in Maryland and three in Virginia.

In the first major leak from the Supreme Court, Politico published a draft majority opinion from Justice Samuel Alito that suggested the court would vote to overturn the landmark decision.

Mediaite put the takedown at 5 p.m. EST and highlighted earlier controversies surrounding the map. Ruth Sent Us defended the map saying it did not post exact addresses. The outlet asserted, however, that clicking on a directions icon produced two exact street addresses, the veracity of which the outlet did not confirm.

Ruth Sent Us has not commented on the map's takedown as of publication.