The conservative watchdog group is seeking records of communication between federal highway and D.C. transportation officials 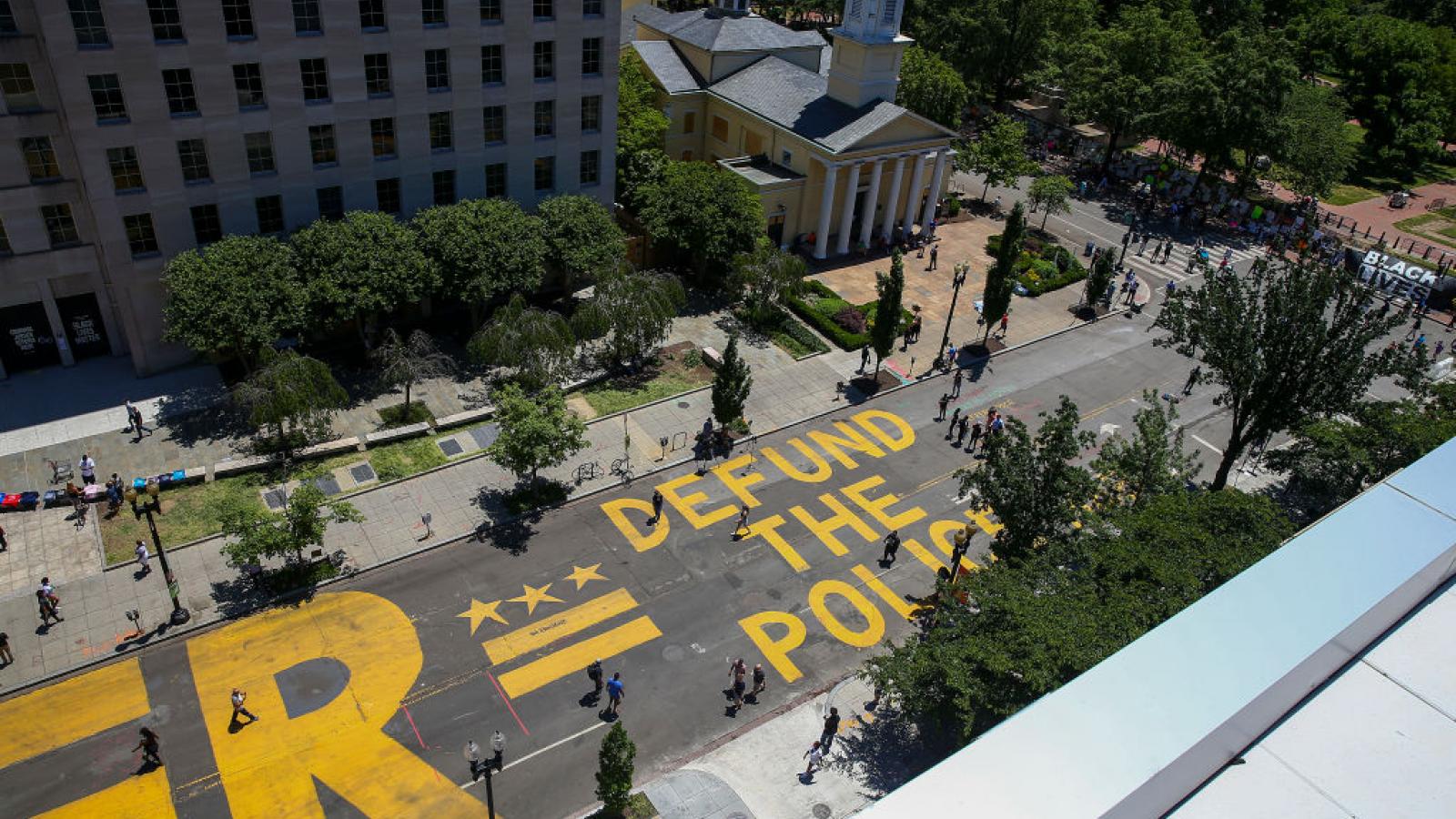 Conservative watchdog group Judicial Watch on Monday announced that it filed a Freedom of Information Act lawsuit against the Transportation Department seeking information about the painting of the phrase "Black Lives Matter" on a public street in Washington, D.C. and the closing off foot and pedestrian traffic on that stretch of road for months.

The group filed the suit after filing a FOIA request in August with the department's Federal Highway Administration regarding communication with the District of Columbia's Department of Transportation about the painting on the street, the street closure and records identifying protocols on shutting down roads deemed part of the District Evacuation Route.

The plaza stretches about three blocks on 16th Street NW, about one block from the White House.

So far the FHWA has not supplied records in response to Judicial Watch's request.

“D.C. Mayor Bowser shut down a major street near the White House to make a political statement for the BLM/Defund the Police agenda,” Judicial Watch President Tom Fitton said. “Our lawsuit highlights how and why federal dollars should not be used to subsidize this abuse.”

The phrase "Black Lives Matter" and the D.C. crest were painted on the roadway by people including "artists, residents, District employees, and demonstrators" on June 5, 2020, according to Judicial Watch, which noted on the next day people also painted the message "Defund the Police" on the street.

Judicial Watch on July 1, 2020, lodged a civil rights suit against Bowser and others in connection with not being permitted to paint the phrase "Because No One Is Above The Law!" on a District road.