Biden, Putin wrap up meeting in Geneva, both leaders call the talk 'constructive' and 'positive'

This is the first meeting between the two leaders since Biden took office.

President Joe Biden and Russian President Vladimir Putin met face to face Wednesday in a meeting that lasted just over three hours in Geneva to discuss topics such as cybercrime, Russia's alleged interference in the U.S. elections, and Russian aggression on its border with Ukraine, among other topics.

This is the first meeting between the two leaders since Biden assumed office. Both Biden and Putin were joined by their top diplomats – Secretary of State Antony Blinken and Russian Foreign Minister Sergey Lavrov, respectively, according to the Associated Press.

The world leaders began their closed-door meeting with a public handshake.

The two gave separate press conferences after the summit. Putin said he and Biden "touched upon" the situation in Ukraine as well as the recent cyberattacks on U.S. infrastructure, though Putin denied the allegations Russia was behind the attacks.

Putin also said there were "no hostilities" between the two leaders and noted that the conversation "was constructive."

Putin also commented that he and Biden agreed to reinstate ambassadors to Moscow and Washington, telling journalists that ambassadors will "return to their posts and take up their functions."

In his press conference, Biden said to reporters that he told Putin that the priority of the United States is the protection of human rights, mentioning the treatment of Russian opposition figure Alexei Navalny. Biden agreed with what Putin said in his press conference and said the talks between the two were "good" and "positive."

Biden confirmed that the two spoke about cyberattacks, with Biden proposing a list of certain targets such as energy and water infrastructure, saying they should not be the targets of attacks.

Biden said he "did what I came to do," which was "identify areas of practical work our two countries can do to advance our mutual interest," and "to clearly lay out our country's priorities and our values."

China talks open with Chinese having 'strong dissatisfaction' on US stance on COVID origins: report 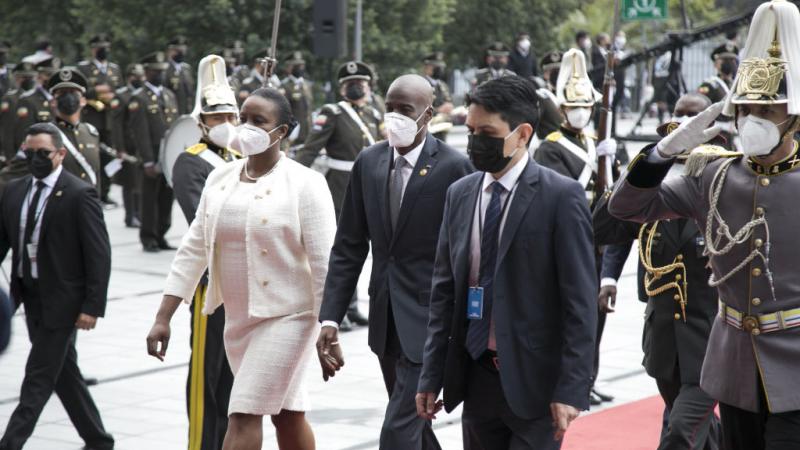