He bragged about wearing stilettos to Congress, and his reported alter ego is "Sister Ray Dee O'Active."

President Joe Biden appointed a gender-fluid LGBT+ activist who plays the role of a drag queen and "pup" fetishist to serve as the deputy assistant secretary of spent fuel and waste disposition in the Department of Energy's Office of Nuclear Energy.

Sam Brinton has a dual degree from the Massachusetts Institute of Technology, according to LinkedIn.

The Biden appointee worked at the LGBT advocacy organization The Trevor Project for four years until fall 2021. Deep Isolation, a nuclear waste disposal agency, confirmed to Just the News that Brinton works there as the Director of Global Political Strategy.

Brinton expressed excitement online over the appointment, which was announced by Politico last month.

"I'll do all I can to bring innovative thought into this government role," he posted on LinkedIn. "I'll even be (to my knowledge) the first gender fluid person in federal government leadership. But most importantly, I am going to be responsible for finding solutions to a problem I have dedicated my life to that has been stymied for decades."

"Sam has worn his stilettos to Congress to advise legislators about nuclear policy and to the White House where he advised President Obama and Michelle Obama on LGBT issues," the biography says.

As "Sister Ray Dee O'Active," Brinton is an active member of the Washington, D.C., drag queen society "Sisters of Perpetual Indulgence." At the Sisters' "Lavender Mass 2021," Brinton spoke about "Daddy Fauci" before performing a song. Fauci has been criticized by the LGBT+ community for his slow response to the AIDS epidemic.

The "Sisters" group, which parodies the Catholic Church, "is in complete alignment with my passion for removing the guilt people feel every day (unjustly placed on them, let your freak flag fly!) and the joy the Sisters bring is so, so, so beautiful," Brinton said.

The National Pulse identified a "pup" handler named "Sam" featured in a 2016 MetroWeekly interview as Brinton.

"Pup play" is a form of sexual gratification that involves one person who dresses up like a dog and another who pretends to be the dog's owner.

"Pup and I have what I feel is one of the most ideally perfect connections between our personal and kink life," Sam told MetroWeekly. "Both of us have other partners, so we come into this space, and then we come out of it, knowing the boundaries of where your kink and non-kink relationships begin and end."

He went into the details of his fetish with the outlet.

"I actually have trouble when we transition from pup play to having sex," Sam said. "Like, 'No, I can't have you whimper like that when we're having sex,' because I don't want to mix that world. It's interesting, because he doesn't have to come out of pup mode to have me f*** him. I personally have to bring him out of pup perception for me. But then I'm still treating him as a submissive to me."

Brinton also lectured at the University of Wisconsin for a "Physics of Kink" event in 2018. The lecture was promoted as featuring "live demos on the tension forces of bondage, thermodynamics of wax play, physics of impact, and circuits of electro play!"

He explained his fight against conversion therapy in a NowThis interview.

The Office of Spent Fuel and Waste Disposition focuses on the research and development "related to long-term disposition of spent nuclear fuel ... and high-level radioactive waste," according to the Office of Nuclear Energy's website.

Brinton will be the agency's second-in-command.

Deep Isolation told Just the News it would not comment on Brinton's personal life. The Department of Energy did not respond to comment by the time of publication. 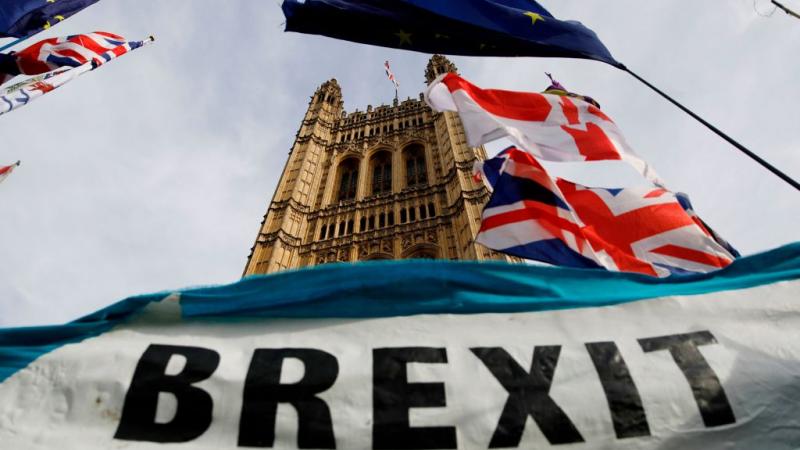