The Biden administration's program to unilaterally cancel up to $20,000 in student loan debt for tens of millions of borrowers is preempted by a congressionally authorized program to cancel debt, according to a novel lawsuit against the Department of Education and President Biden by the Cato Institute.

What sets apart the libertarian think tank's litigation is its assertion that the program — which the White House said drew eight million applications before its official launch — functionally nullifies the Public Service Loan Forgiveness program, giving Cato legal standing to sue for injury.

The PSLF provision of the 15-year-old College Cost Reduction and Access Act incentivizes college graduates to work for nonprofits such as Cato by forgiving their student loan balances if they complete at least 10 years at those nonprofits.

The law puts nonprofits in a "materially improved position to attract and retain talented employee-borrowers despite the challenge these organizations face in striving to match the cash compensation offered by the for-profit employers with which they compete," according to the suit by Cato, which is represented by the New Civil Liberties Alliance.

The condition-free debt forgiveness "frustrates Congress's goal of making nonprofit employment relatively more attractive to holders of student-loan debt" and forces nonprofits to raise compensation to hire and retain, "imposing tangible financial harm" on PSLF beneficiaries, it says. "Congress did not, and would not, approve such a program."

The suit points to an analysis by the University of Pennsylvania's Wharton School that claims the program, which has an eligibility income cap of $125,000 per individual or $250,000 per household, will cost up to $519 billion over a decade and possibly a trillion when including ancillary expenses.

This amounts to a "wealth transfer to an arbitrarily favored class of relatively well-educated and affluent Americans" at the expense of "politically less favored classes" who didn't take out loans, paid back their loans or didn't attend college.

"The Constitution makes crystal clear that only Congress may appropriate funds," NCLA litigation counsel Sheng Li said in a press release. "That requirement is not a technicality but rather exists to prevent precisely what the President is attempting: using taxpayer funds to purchase political support."

The program follows the same path taken by executive branch agencies to unilaterally impose a moratorium on evictions, mandate COVID vaccines and "fundamentally transform our national energy grid by administrative fiat," all struck down in court, the suit says.

Both during the 2020 campaign and after his election, President Biden and his officials repeatedly referred to Congress when discussing student debt cancellation, including when the president-elect was asked if he would take executive action.

The Trump administration's Department of Education and House Speaker Nancy Pelosi both agreed the president doesn't have the power to cancel student debt. Pelosi's remarks came less than a month before the White House made its "abrupt about-face," Cato says.

Biden's Department of Education has not explained how it came up with the "arbitrary" dollar amounts and income thresholds in the program, including double the relief for Pell Grant recipients and the lack of "locality adjustments" or individualized considerations.

The suit notes the department removed the word "automatically" from two sentences in its announcement, referring to eight million borrowers who would see immediate relief in October because it has their income data on file. Those sentences, revised between Sept. 28 and Sept. 29, now say this group can receive relief "without applying unless they choose to opt out."

It also surreptitiously excluded borrowers with privately held federal student loans from eligibility through consolidating them into the Direct Loan program, but later reinstated those who applied for consolidation before Sept. 29 without explanation.

Unannounced and unexplained changes such as these violate the Administrative Procedure Act's notice-and-comment rulemaking procedures, Cato claims. It believes both changes were made to deprive legal standing to "borrowers who would be financially injured" to challenge the program.

When the department's general counsel and Justice Department's Office of Legal Counsel (OLC) released memos justifying the president's unilateral authority, they purported to find "the elusive elephant hidden in a proverbial mousehole" in the provisions of the Higher Education Relief Opportunities for Students Act.

That 2003 law lets the feds "waive or modify" provisions for student financial assistance programs "in connection with a war or other military operation or national emergency." Cato argues the HEROES Act violates the "intelligible principle" requirement of delegation by giving the education secretary "unfettered discretion" to rewrite statutes.

The agency memos said the law allows for "categorical" and "class-wide" relief due to COVID, yet the Federal Register notice didn't "explicitly" adopt the reasoning of the OLC memo, which also did not claim the program is "authorized by the HEROES Act," the suit says. The government has also not identified a new "national emergency" since Biden and White House COVID adviser Anthony Fauci separately said the pandemic is over.

Cato notes the feds only claim to have economic data for 8 of the 40 million eligible borrowers, meaning they couldn't show the vast majority of beneficiaries "have been negatively impacted financially" by the pandemic, as the HEROES Act requires.

Because the Department of Education halted their obligation to make payments and "stopped interest from accruing" on their loans, and "rampant inflation" has reduced the "real amount" they must repay, "most, if not nearly all, borrowers are in a better financial position today" than before COVID, the suit claims.

The Department of Education declined to comment, pointing Just the News to the White House, which did not respond to queries. 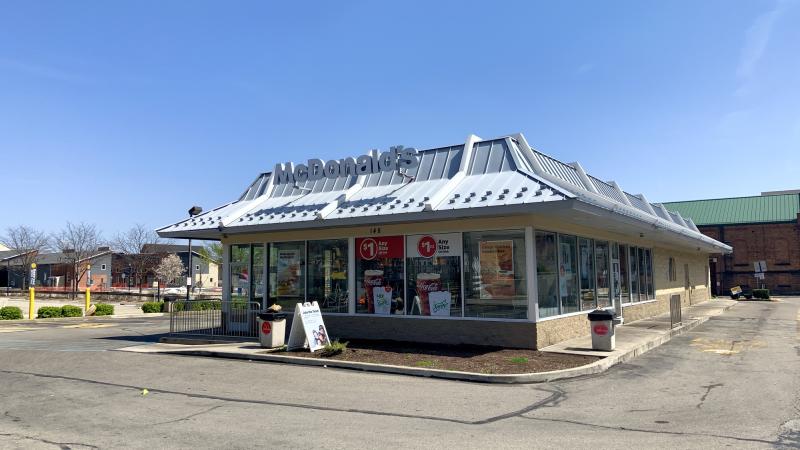