"We are doing everything we can possibly do to take any person living in this nation off the streets," said HUD Secretary Marcia Fudge.

U.S. Housing and Urban Development Secretary Marcia Fudge said HUD is not prioritizing U.S. citizens over illegal immigrants for public housing assistance, despite a shortage of available units in certain areas during the COVID-19 pandemic.

According to HUD, the agency's Emergency Housing Voucher (EHV) program is "providing 70,000 housing choice vouchers to local public housing authorities (PHAs) across the country to help Americans find and remain in housing."

Some of the speakers said there's a lack of public housing availability during the pandemic in some areas. Just the News asked Fudge if HUD is prioritizing American citizens over illegal immigrants for public housing units.

"The answer is no," she said. "We are doing everything we can possibly do to take any person living in this nation off the streets. That's kind of our posture. I think that is exactly where we are headed." 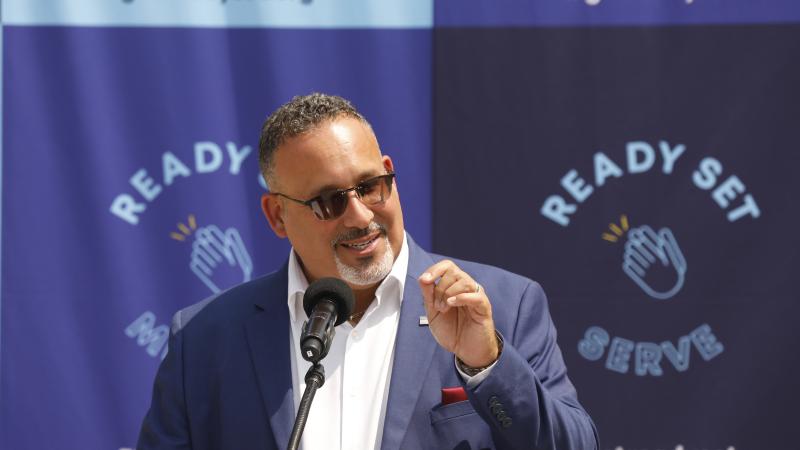