The new National Strategy for Countering Domestic Terrorism was outlined Tuesday by the White House.

The Pentagon will train service members leaving the military to resist being recruited by violent extremists, as part of a sweeping new plan by the Biden administration to squelch the "lethal threat" from violent white supremacists.

The plan is part of the new National Strategy for Countering Domestic Terrorism, outlined on Tuesday by the White House.

"Our approach will protect both the nation and the civil liberties of its citizens," the White House wrote in a June 15 statement.

A multipronged effort to root out "domestic terrorism," the plan in part focuses on the notion that military members, who are trained to use weapons, could be targeted by extremist recruiters.

The report did not specify who would conduct the training, nor what it would entail. The mention of military personnel in connection with violent extremism, though, sent ripples through military and veterans' communities.

"They don't come out and say it directly, but they're scared of us," one Army infantry sergeant said.

"This is wrong," one Department of Veterans Affairs official told Just the News. "They want you to report your neighbor."

While the reporting mechanism for veterans has not yet been announced, the anti-recruitment training for military personnel is expected to begin before the end of the year.

Military members who retire or leave the service are already required to attend Pentagon-sponsored "transition assistance" classes while still in uniform. The classes typically last for up to two weeks, and include lessons on how to navigate the Department of Veterans Affairs, and how to translate military experience into obtaining a civilian job.

The new anti-radicalization element likely will be incorporated as a module into the existing program, Defense Department sources told Just the News.

The overall effort to root out domestic terrorism is aimed at the "two most lethal elements" of the current threat, according to the White House. Those threats consist of  "(1) racially or ethnically motivated violent extremists who advocate for the superiority of the white race and (2) anti-government or anti-authority violent extremists, such as militia violent extremists," the June report reads.

The program has the full support of the Biden-era Pentagon.

"The release today of the first-ever National Strategy for Countering Domestic Terrorism is a milestone in our country's efforts to address a serious and growing security threat," Defense Secretary Lloyd Austin said in a Tuesday statement. "While domestic law enforcement agencies take the lead, the Department of Defense will do our part to support this important strategy. That includes maintaining the Department's robust relationship with federal law enforcement as well as refining our policies to better address this issue within the Department."

"The idea of the federal government patrolling ideology to identify dangerous beliefs will provoke outrage and raise civil-liberties concerns on both the left and the right," wrote Brian Michael Jenkins in a February commentary.

The president's fiscal year 2022 budget includes "significant additional resources for the Department of Justice and Federal Bureau of Investigation to ensure that they have the analysts, investigators, and prosecutors they need to thwart domestic terrorism and do justice when the law has been broken," according to the newly released strategy report.

"In the meantime, Federal law enforcement is working to identify interim measures that will allow the necessary flexibility in movement of human resources to ensure that the domestic terrorism threat is addressed not only thoroughly but also aggressively," the report reads.

The new overall strategy includes an appeal for enhanced screening and vetting of law enforcement and military personnel, to expunge "insider threats" from their ranks. 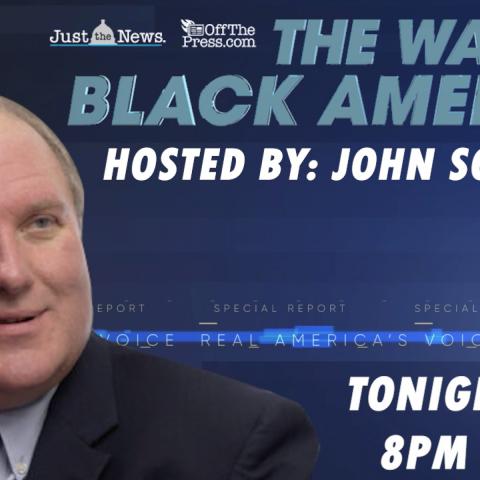