The councilwoman has so far resisted calls to resign

A Jersey City, New Jersey, councilwoman is declining to resign from her elected post after being charged in connection with striking a cyclist with her vehicle.

Traffic camera video released Tuesday appears to show Jersey City Councilwoman Amy DeGise’s SUV striking a cyclist July 19 while speeding through an intersection. The car did not slow down or stop following the collision.

DeGise has been charged with failure to report an accident. But as of Wednesday it was unclear whether she had been charged in connection with the accident itself.

"Councilwoman DeGise was elected overwhelmingly just a few months ago and she has no intention of walking away from the commitment she made to serve the people of Jersey City," spokesman Phil Swibinski said.

Police have identified the cyclist as Andrew Black. He was not seriously injured in the wreck.

Black initially said that he had a green light and the right of way, but local news outlets have reported conflicting accounts.

In the video, Black is seen rolled onto the windshield of the SUV before landing on the pavement a few yards away from his wrecked bike. He got up after a few seconds and appeared to assure bystanders he was OK.

NowThis reported that DeGise took as long as six hours to report the incident to police. Constituents held rallies over the weekend demanding her resignation. 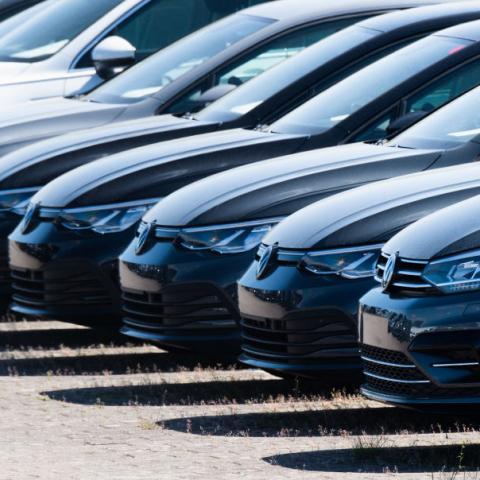