Los Angeles County Board of Supervisors and Mayor Eric Garcetti cited stopping the spread of COVID-19.

The Los Angeles County Board of Supervisors voted to close beaches for the Fourth of July weekend, and Mayor Eric Garcetti announced firework displays in the city would be prohibited.

The decisions were made in conjunction with a statement from Los Angeles County Department of Public Health Director Barbara Ferrer, who revealed that the county had hit another record high in daily new COVID cases.

The LA Public Health Twitter page posted a statement regarding the regulations for the Fourth of July weekend: “The Los Angeles County Department of Public Health is ordering L.A. County beaches be closed from July 3 through July 6 at 5 a.m. to prevent dangerous crowding that results in the spread of Deadly COVID-19.”

At a Monday press conference, Garcetti said he did not see hard evidence that recent protests contributed to the spikes.

“Keep your social distance and wear masks," Garcetti said when asked if upcoming protests will contribute to rising cases. "People can  —  and should  —  still exercise their First Amendment rights.”

The mayor also addressed socializing in private. “Gatherings of people you do not live with are not allowed,” Garcetti said.

He announced a “hard pause” in the opening of more businesses, including movie theaters and amusement parks. Over the weekend, county officials ordered bars and nightclubs to once again shut down.

“We cannot get to the place where COVID-19 overwhelms our hospitals,” warned the mayor. “Don’t have this moment result in us restricting more.” 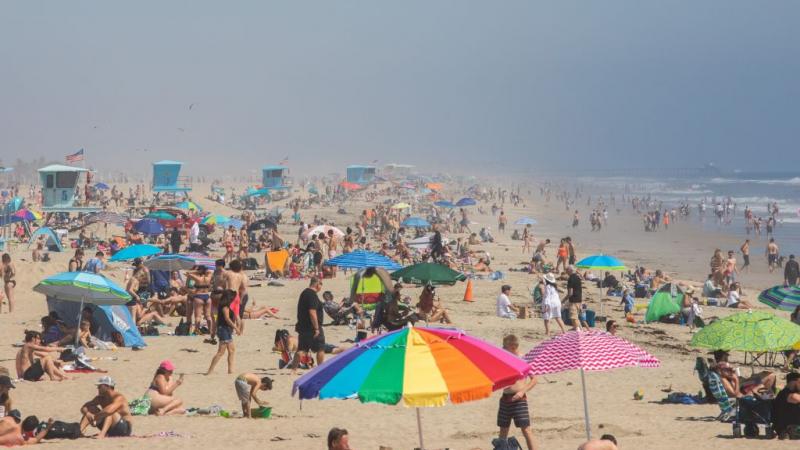