'It is not law enforcement's responsibility to enforce it,' says sheriff.

California has remained in relative terms unscathed by the coronavirus, ranking 29th in population-adjusted deaths in the country. Deaths have remained relatively flat per state numbers over the last several months, though cases have recently increased significantly and hospitalizations are up from the beginning of the month.

Newsom, who mandated the use of masks in most public places last week, said the state was "seeing too many people with faces uncovered."

But numerous officials throughout California nevertheless vowed to allow residents to go mask-less while out and about.

The Sacramento County Sheriff's Office said in a Facebook post that it recommends state residents wear masks out of an abundance of caution.

But the department also wrote: "Due to the minor nature of the offense, the potential for negative outcomes during enforcement encounters, and anticipating the various ways in which the order may be violated, it would be inappropriate for deputies to criminally enforce the governor's mandate."

"Accordingly, the Sheriff's Office will not be doing so," the department continued, adding that it would "continue to operate in an educational capacity in partnership with the County Health Office."

Meanwhile, Orange County Sheriff Don Barnes indicated that his officers will allow the mask mandate to be self-enforced.

Calaveras County Sheriff Rick DiBasilio also said in a Facebook post that his deputies would not be enforcing the rule.

"We are not in the business of making criminals out of people who are not wearing a masks for medical reasons etc," he wrote. "It is up to individuals and businesses to enforce/comply with the order and a business can enforce the order or ask the person to leave."

"If the person refuses to leave the business, we will address the trespass issue separately," DiBasilio also said.

The police department of Angels Camp – a city in Calaveras County – stated in a post that its officers "will not be citing nor arresting anyone for not wearing a mask."

"However, if you are in a business and aren’t wearing a mask and the business asks that you put on a mask or leave, you must comply with their request," the department also said. 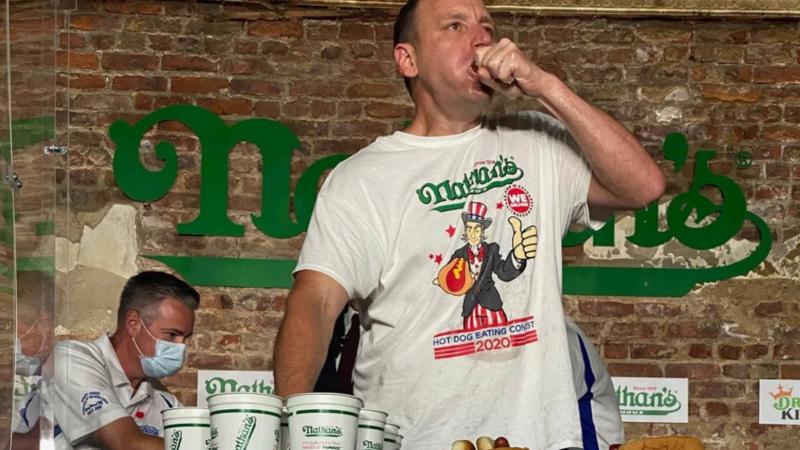