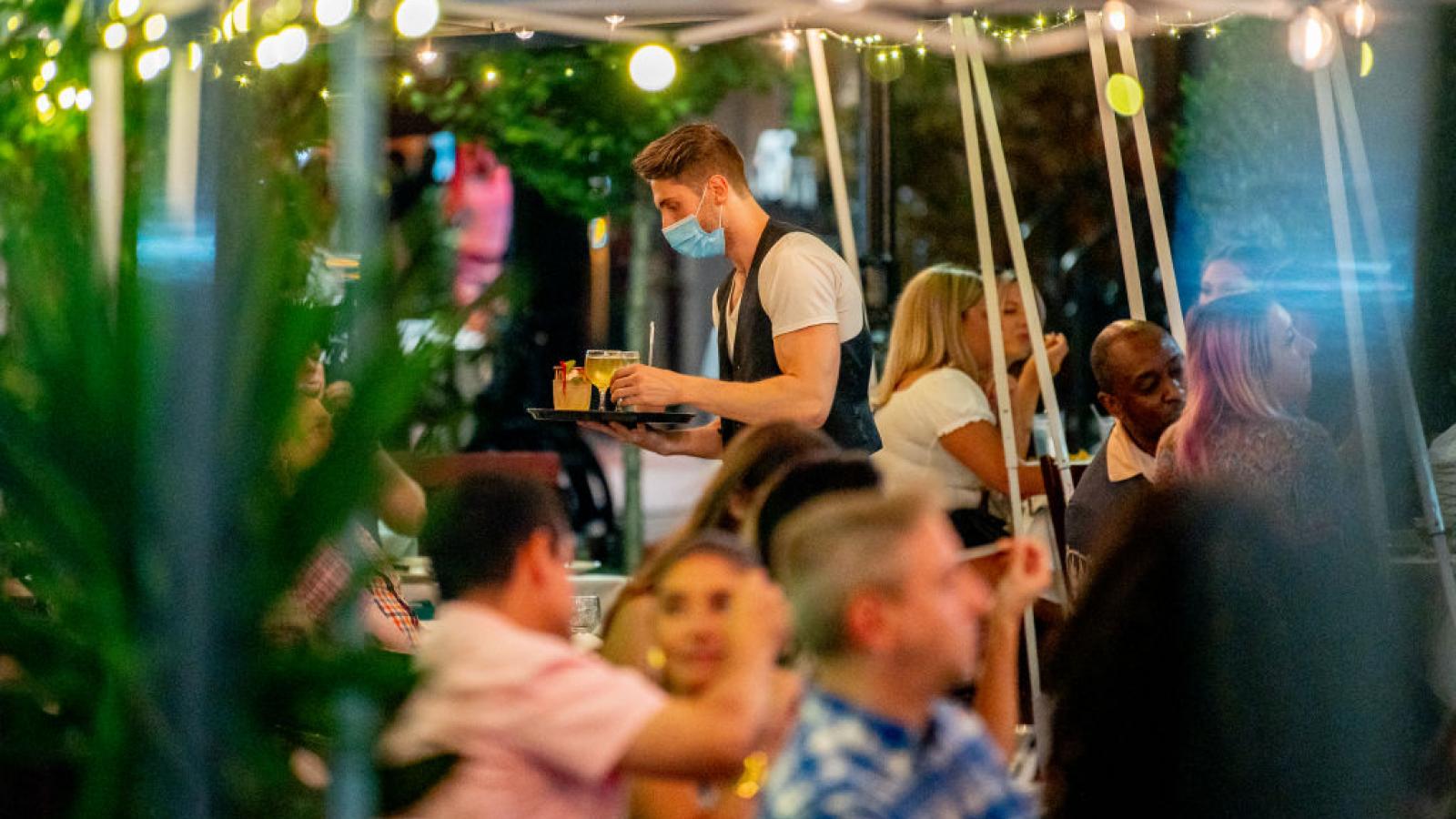 The city's "Open Restaurants" program, which has enrolled thousands of establishments since it debuted in June, "will be extended year-round and made permanent," the city announced in the press release.

That program "has already saved an estimated 90,000 jobs citywide," the city estimates. Mayor Bill de Blasio described the program as "a big, bold experiment in supporting a vital industry and reimagining our public space."

The city noted that it would work with restaurant owners to ensure outdoor spaces are heated as the program moves into the winter months.

Restaurants will also be permitted to expand dining space in front of neighboring businesses, the city said, so long as the proprietors of those businesses approve.

Last month, hundreds of restaurants in the city filed a $2 billion lawsuit against de Blasio and Gov. Andrew Cuomo over their indoor dining bans, claiming the policy was driving restaurant owners into insolvency and bankruptcy.