Colombian media reported that 36 people were injured in an explosion at a military base.

American soldiers were on scene but not seriously hurt during a Tuesday explosion in Colombia, according to the U.S. military.

"A small element of U.S. military personnel were at the Colombian military base in Cucuta conducting training with a Colombian host unit at the time of yesterday’s explosion," U.S. Southern Command (SOUTHCOM) spokesman Jose Ruiz told Just the News. "All personnel have been accounted for and there are no reports of any serious injuries."

Colombian media reported that 36 people were injured June 15 when a bomb detonated inside the base in northwest Colombia, near the border with Venezuela.

Video purportedly taken during the incident depicts an American soldier wearing unit insignia from the U.S. Army's 4th Infantry Division. In the video, apparently taken in the aftermath of an explosion, the soldier tells someone he is "good," shortly before another explosion rocks the area.

"The U.S. service members in Cúcuta are supporting the mission of the 1st Security Force Assistance Brigade," Ruiz said.

The U.S. Army’s 1st Security Force Assistance Brigade (SFAB) sent an advisory team to Colombia last year as part of a counter-narcotics cooperation with the Colombian security forces, according to SOUTHCOM.

No one so far has claimed responsibility for the explosions. 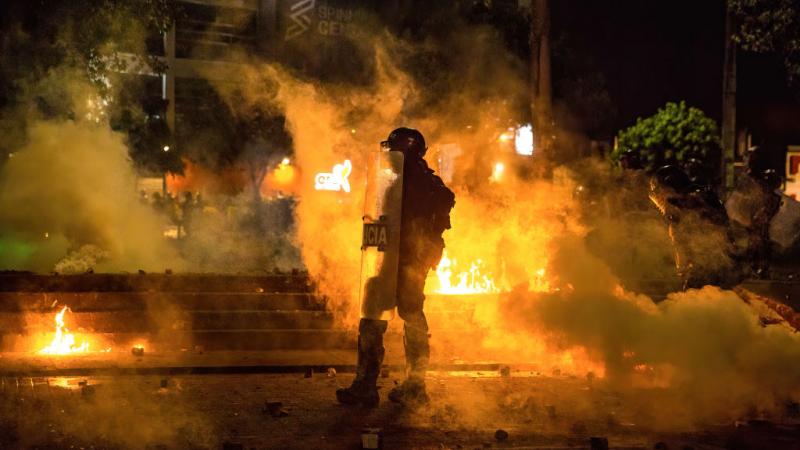 Amid quiet presence of American military, violence ramps up in Colombia