"We've reached out to Russia to try to gain a little bit more clarity on what exactly is going on," Pentagon spokesman John Kirby said. 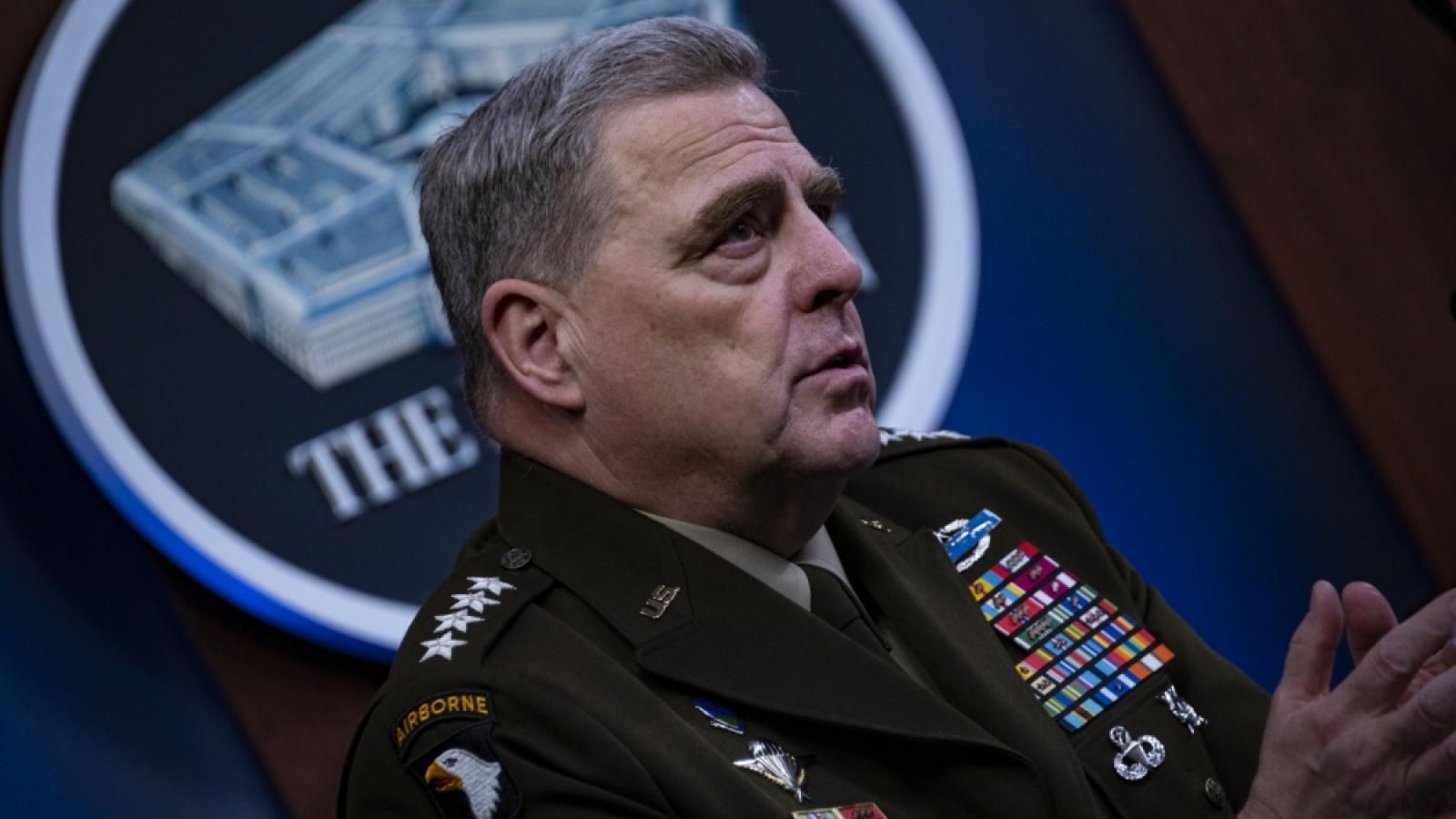 Amid rising international concern about security in eastern Ukraine, the top uniformed military chiefs from the United States and Russia spoke this week with each other by phone, but agreed not to disclose what they talked about, a military official said.

Chairman of the Joint Chiefs of Staff Gen. Mark Milley talked to his counterpart, Chief of the Russian General Staff Gen. Valery Gerasimov, by telephone Wednesday, according to Milley's office.

"The two military leaders exchanged their views on issues of mutual concern," said Joint Staff Spokesperson Col. Dave Butler. "In accordance with past practice, both have agreed to keep the specific details of their conversation private."

The Joint Staff did not respond to questions from Just the News about who besides the participants knew what the two leaders discussed.

The Russian military sparked alarms last week at the end of an annual exercise in Crimea, which Russia annexed from Ukraine in 2014. Instead of leaving the region as per usual when the exercise ended, roughly 2,000 troops remained in Crimea. Additionally, the Ukrainian armed forces last week said that a Russian mortar attack killed four Ukrainian soldiers and wounded two others.

The situation prompted a flurry of phone calls from Milley and Secretary of State Antony Blinken to their respective overseas counterparts.

"The Secretary affirmed the United States' unwavering support for Ukraine's sovereignty and territorial integrity in the face of Russia's ongoing aggression in the Donbas and Crimea," State Department spokesman Ned Price said in a statement. "He expressed concern about the security situation in eastern Ukraine and offered condolences on the recent loss of four Ukrainian soldiers."

Milley spoke with his own counterpart in Kyiv, Ukraine, Chief of the General Staff Lt. Gen. Ruslan Khomchak.

While Milley remained silent about his conversation with the Russian military chief in particular, the Pentagon spoke more openly about the overall situation.

"We're concerned about recent escalations of Russian aggression in eastern Ukraine, including violations of the July 2020 ceasefire that led to the deaths of four Ukrainian soldiers on the 26th of March and the wounding of two others," Pentagon spokesman John Kirby told reporters Wednesday.

"We've reached out to Russia to try to gain a little bit more clarity on what exactly is going on" regarding troop movements near eastern Ukraine, Kirby also said.

"We've been very clear about the threats that we see from Russia across domains," he said. "We're taking them very, very seriously."

One Washington, D.C.-based think tank suggested in March that while the Russian military movements are provocative, the chances are slim that Moscow will escalate the situation into an attack.

"Russia has not deployed additional combat assets into Donbas, such as artillery and armor units, to support an escalation," wrote analysts for the Institute for the Study of War.

They also wrote: "The weather in eastern Ukraine is currently poor and unsuited to offensive operations."

A Western intelligence source told Just the News on Thursday that "all eyes" are on potential developments regarding Russia and Ukraine.