The Houthis were designated by Trump as terrorists, but one of Biden's first moves in office was to delist the extremist group.

Iranian-backed Houthi extremists launched missiles and drones at energy and water desalination facilities in Saudi Arabia, according to an announcement on Sunday from the Saudi Ministry of Energy.

Late Saturday evening, a drone attack was launched on a petroleum products distribution terminal in Jizan, located in southwest Saudi Arabia near Yemen, a Ministry of Energy spokesman said in a press release.

Two more drone attacks were made on Sunday morning around 5:30 a.m. local time on both a natural gas plant and in a Chinese-Saudi oil refinery facility in Yanbu, located along the Red Sea about 11 hours north of Jizan. The attack on the refinery lead to a temporary reduction in production.

No casualties occurred during the assaults, the Energy Ministry stated.

The ministry spokesman "stressed that the Kingdom strongly condemns these attacks and said that such acts of sabotage and terrorism, repeatedly committed against vital installations and civilian facilities, including, for example, the recent attack on the Riyadh refinery, are cowardly assaults that violate international laws and norms and do not just target the Kingdom alone, but the security and stability of energy supply to the world, therefore targeting the global economy," according to the agency press release.

The department also stated that the attacks on the Red Sea affect maritime traffic and could have "potentially serious environmental consequences."

Houthi spokesman Yahya Sarea said that the extremist group fired drones and ballistic and winged missiles at facilities in Riyadh, the capital, as well as other locations, Reuters reported.

A ballistic missile and nine drones were intercepted by the Saudis, the Saudi Civil Defence stated.

The Houthis were designated by the Trump administration as a Foreign Terrorist Organization and as Specially Designated Global Terrorists.

One of President Joe Biden's first moves in office was to delist the Houthis as a terrorist organization after groups such as the United Nations claimed that the sanctions would harm people in Yemen, already suffering from war and famine, The Intercept reported.

Critics argue that Biden's move has emboldened the Iran-backed group to continue to carry out terrorist attacks.

Biden's move also upset the Saudis, who were looking for U.S. support in their intervention in Yemen's civil war. 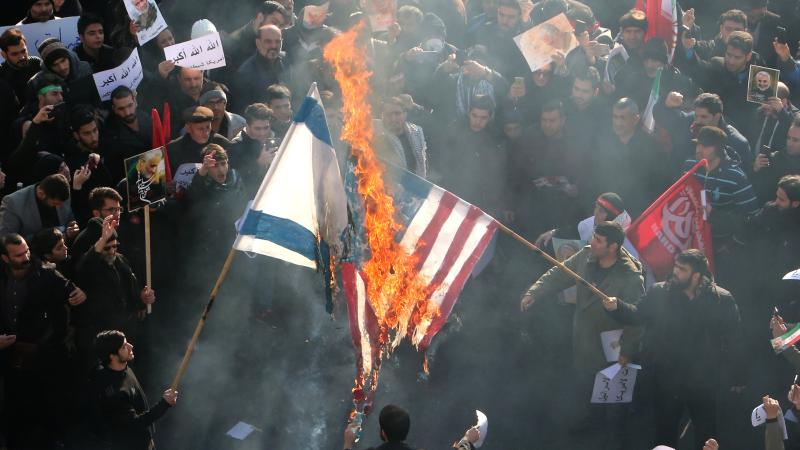