“Of course it would help. Why wouldn’t it help? The guy was the best president in history.”

Mike Lindell, the inventor of My Pillow, is reportedly considering a run for governor of Minnesota and says he's promised an endorsement by former President Trump.

The president has told him before that he would back his bid for governor of Minnesota, Lindell told The Associated Press.

"Mike, if you did it, I would get behind you,” Lindell said Trump told him last week when he visited the White House.

Lindell is among Trump's most loyal supporters. He says he was an opening speaker at more than 60 Trump campaign rallies, and Trump often publicly praised him. And he was among those who argued the results of 2020 presidential, which Trump lost, were tainted by voter irregularities and fraud.

"Of course it would help," he told the wire service. "Why wouldn’t it help? The guy was the best president in history."

But the political website Axios published a report on Monday headlined, "Mike Lindell moves the goalposts on a run for Minnesota governor."

"Lindell told Axios that his focus is currently on proving his (baseless) claims of election fraud. He won't make a decision until that fight is resolved."

Axios concluded: "While he's leaving the door open, Lindell's comments create a path for bowing out."

Lindell's remarks to the AP came as Sarah Huckabee Sanders, a Trump administration press secretary and the daughter of former Arkansas Gov. Mike Huckabee, announced her bid for the Arkansas governorship.

Her decision to run was not unexpected, as Sanders has long been supported in her political endeavors by Trump. She will face a primary field populated by multiple top Arkansas Republicans but is viewed as an early favorite. Republicans are expected to retain the Arkansas governorship.

The outcome of her race is expected to show how much influence Trump still over the Republican Party. Trump won 62% of the state's vote in November.

"She is very special special person with extraordinary talents, who has done an incredible job. I hope she decides to run for Governor of Arkansas – she would be fantastic," Trump tweeted when Sanders departed from the White House. 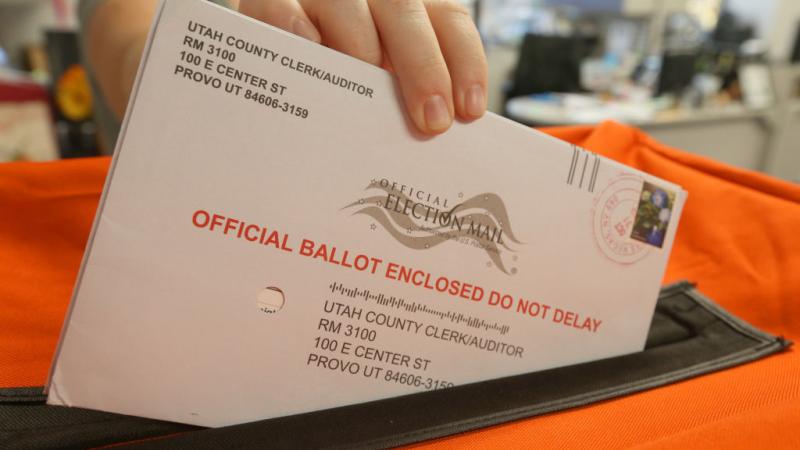