One bill passed the House and the other passed the Senate, just weeks after the governor signed a bill into law banning most abortions in Oklahoma.

The Oklahoma Senate on Thursday passed legislation that would ban almost all abortions, the same day the state House passed a measure encouraging private citizens to sue anyone whom they suspect has assisted in an abortion.

Earlier this month, Oklahoma Republican Gov. Kevin Stitt signed a bill into law making it illegal to perform abortions except in the case of medical emergencies – under threat of jail time and a $100,000 fine.

The bill that passed the Oklahoma House is now headed to Gov. Stitt's desk, Axios reported. Stitt is expected to sign the legislation, which is modeled after Texas' six-week abortion ban. The law will go into effect immediately upon Sitt's signature.

Residents, or so-called "public citizens," would be awarded least $10,000 if they successfully sue an abortion provider.

The bill passed by the Oklahoma Senate bans all abortions except in cases of rape, incest or a threat to a mother's life. That  bill also would also go into effect immediately if signed into law.

Oklahoma Attorney General John O'Connor said that the Texas-style abortion law paired with the law that passed earlier this month would complement each other, Axios also reports.

Democrats across the nation are criticizing the legislation in Oklahoma.

"Apparently, it wasn’t extreme enough for Oklahoma GOPs to make it a felony to give abortion care – which they already did – now they’re banning abortions after 6 weeks," tweeted Washington Democrat Sen. Patty Murray. 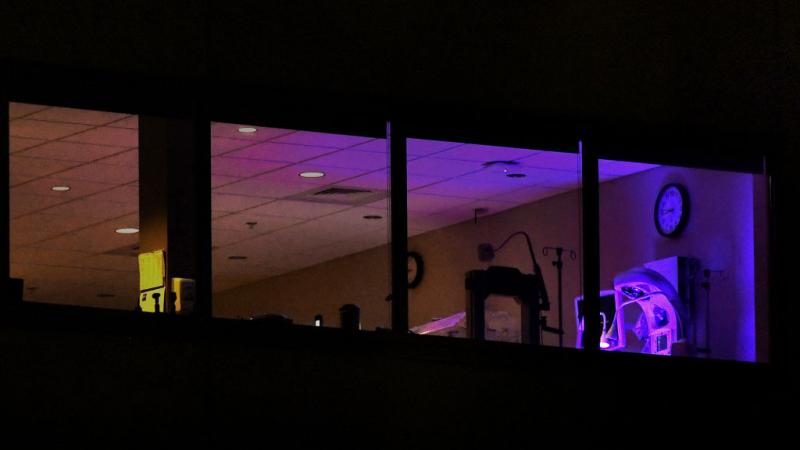 Shooter in Tulsa medical center attack targeted his doctor after surgery left him in pain, police