The Virginia Parole Board violated state law while freeing a convicted cop-killer from life in prison earlier this year in a case that angered law enforcement, silenced the ability of victims and critics to weigh in and placed a cloud over the state's judicial reform efforts.

A state inspector general's report made public recently provides the latest controversy to strike the Democratic administration of Gov. Ralph Northam, detailing how the parole board members -- appointed by Northam and his Democratic predecessor Terry McAuliffe - failed to meet statutory deadlines and refused to follow internal policies related to victim testimony.

The board also failed to record minutes of its meeting for a six-month period in a move that prevented public scrutiny, the report found.

The freed prisoner, Vincent Martin, was 23 years old when he was convicted in the 1979 execution-style killing of Richmond patrol officer Michael Connors, who was wounded during a routine traffic stop. Prosecutors alleged Martin stood over the wounded officer and fired four shots to his head to ensure he was dead. He was sentenced to life in prison.

Martin was unexpectedly granted parole earlier this year and released from Nottoway Correctional Center in Burkeville, Va., in early June. Martin first became eligible for parole in 1994, with the parole board denying him release every year before granting it in April and setting a May release date.

Rumors circulated in the spring that the board had failed to follow proper protocol when considering Martin for possible release. In May, Martin's release was delayed pursuant to an investigation by the state inspector general, Michael Westfall. But Martin was eventually released in June, before Westfall's investigation was complete.

Westfall's report was eventually finished in July, but the six-page document when released was almost entirely redacted save for a few sentences. Yet several Republican state delegates, including 15th District Del. Tod Gilbert, successfully petitioned to obtain the uncensored version of the report, which was subsequently released to the public.

Westfall reported that the parole board did not notify the Richmond Commonwealth's Attorney at least a month ahead of the release of the prisoner as required by state law. The state Department of Corrections had on April 15 set Martin's release date for April 30, with the commonwealth's attorney only learning of the pending release that day. State law dictates that the notification must come "at least 21 business days prior to release."

State law also dictates that the parole board must "endeavor diligently" to contact both victims and their families "prior to making any decision to release any inmate on discretionary parole." The board failed to do this in the case of Martin's release, Westfall says; indeed, the report claims that Connors's family was never informed of any of Martin's parole hearings over the 26-year span that he had been receiving them.

The family’s first written notification of those hearings came this year, on March 4, when they were given a 21-day window to offer input on Martin’s potential parole, the report states. Parole board procedure, Westfall noted, “allows 50 days for victim response," not 21.

You can read the report here.

Westfall reported that OSIG investigations revealed that the parole board did not always follow proper victim notification protocol under Bennett, and that Bennet herself was allegedly “vocal about not wanting to contact victims.” Bennet was particularly eager to avoid victim input in the case of Martin’s parole, the report alleges, due to “the expectation of opposition because the victim was a police officer.”

Lastly, the report claims, the parole board “did not allow the victim’s family or other interested parties to meet with [the board]” in accordance with internal policy that specifically allows for such meetings.

The parole board did schedule a conference call with the Connors family in early March, yet no officials from the board honored that meeting. At a subsequent conference call on March 26, Bennett refused to allow family members to talk to each parole board member, and also denied a request to meet in person with board members, citing the ongoing COVID-19 pandemic. (The parole board “did not update or change any policies or procedures” in relation to that pandemic, Westfall noted.)

The board also denied an input request from an alleged shooting victim of Martin, claiming that Martin himself had never been charged with that crime, though the parole board in its internal rules specifically allows for "persons opposed to the parole release of an inmate" to weigh in on a proposed parole.

The report states that "potential recommendations" to the parole board "will be outlined in a subsequent report." A spokeswoman for the inspector general's office told Just the News on Tuesday that the office had no comment yet as to what those recommendations will be.

Virginia Gov. Ralph Northam's office did not respond to queries on Tuesday. In April, as rumors swirled regarding the parole board's possible violations of state law, Northam had promised to "look at it."

State Secretary of Public Safety and Homeland Security Brian Moran's office also did not respond to queries on Tuesday. In April, Moran told media that he had been assured that proper protocol had been followed regarding the parole decision.

Bennett, who has since left her position as the parole board's chair and is now a judge in the Virginia Beach Juvenile and Domestic Relations District Court, in July defended the decision to parole Martin, claiming in a statement that the convict "has demonstrated himself over the decades to be a trusted leader, peacemaker, mediator and mentor in the correctional community."

"The Board’s decision to grant parole to Mr. Martin after serving in excess of 40 years is not intended to diminish the life or service of the Officer Connors," she added. "Our deepest sympathy is extended to the family of Officer Connors."

Michael Connors was shot in 1979 while approaching Martin and three accomplices who had just robbed a 7-Eleven. Connors had pulled the three over for driving the wrong way down a one-way street; he was subsequently shot and killed, with investigators claiming that Martin had shot him once and then stood over his body and shot him repeatedly in the head.

In April, the Virginia Association of Chiefs of Police sent Northam a letter urging him to rescind Martin's parole and open an investigation into the parole board's decision.

"The release of Vincent Martin would be an insult to the service of every Virginia law enforcement officer, past and present," the letter argued. 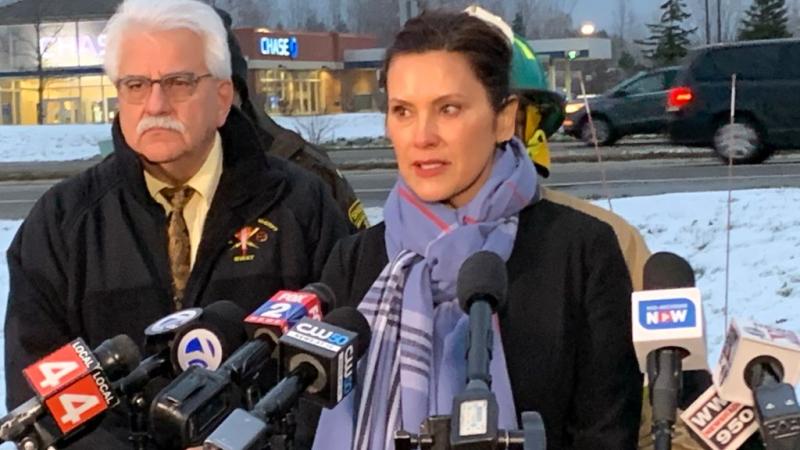