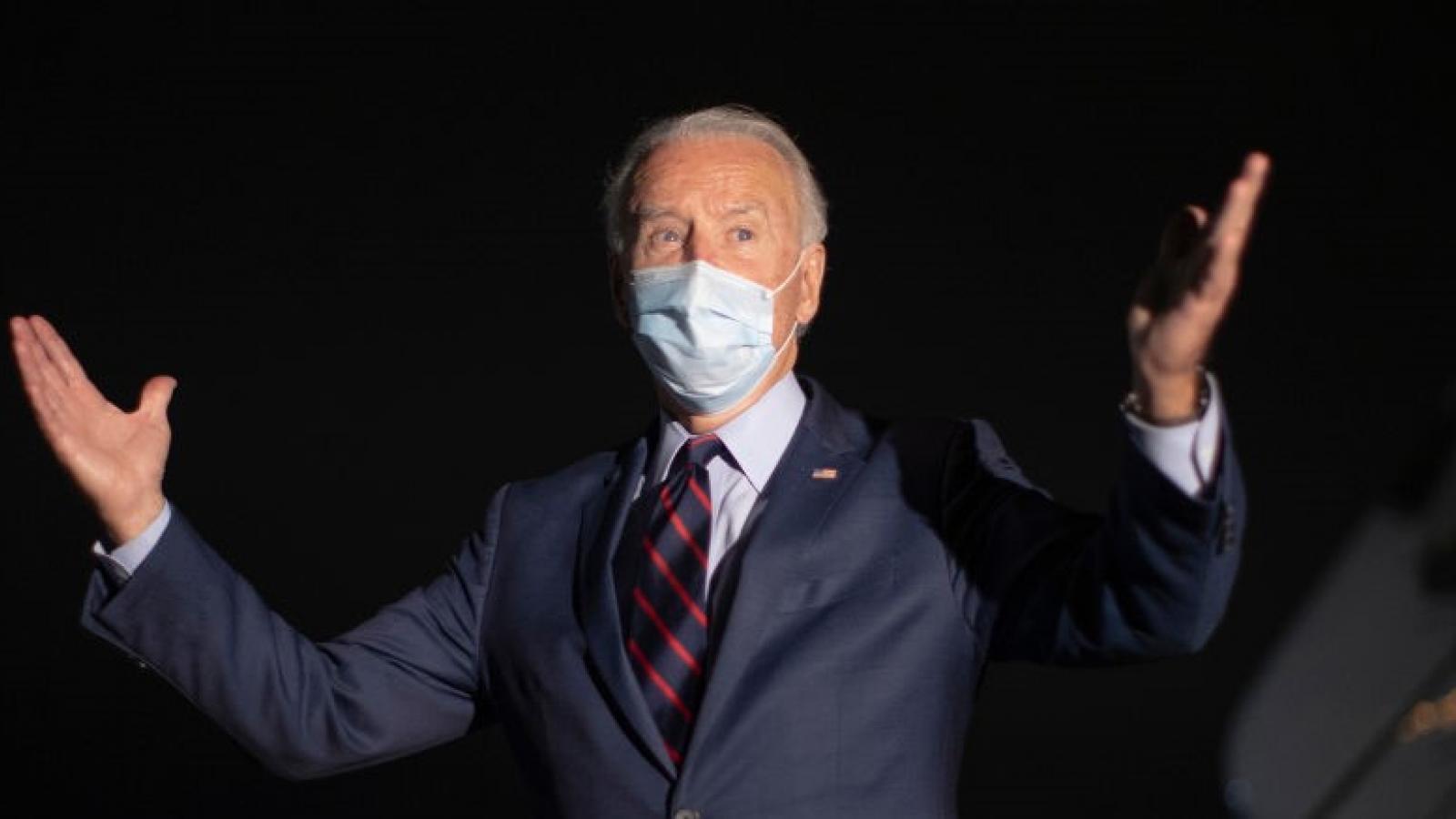 Democrat presidential candidate Joe Biden has returned to calling for a nationwide mask mandate, even though when he said he wouldn't do that, he noted that the Constitution would likely prevent him from declaring such a mandate.

"This president says it's not his responsibility,"  Biden said Tuesday on WISN-TV, an ABC affiliate in Wisconsin. "The federal government's role is [to] have a national response to tackle this national pandemic. But Donald Trump took no responsibility, failed and continues to fail to do that."

"I put my plan out in March," Biden told the TV station. "You can read it all online, go to JoeBiden.com, and it starts with a mask mandate nationwide."

That mirrors what the Democrat said in August.

"Every single American should be wearing a mask when they're outside for the next three months at a minimum — every governor should mandate mandatory mas-wearing," Biden told the TV station. "The estimates by the experts are that it will save over 40,000 lives in the next three months. Forty thousand lives, if people act responsibly."

"Let's institute a mask mandate nationwide starting immediately," he added, "and we will save lives.

Biden said doing so is patriotic. "It's not about your rights," he said. "It's about your responsibilities as an American. Wearing the mask is less about you contracting the virus. It's about preventing other people from getting sick. […] This is America. Be a patriot. Protect your fellow citizens. Step up, do the right thing."

"That's what real leadership looks like," Harris said after Biden's pledge to enact one. "We just witnessed real leadership. Which is Joe Biden said that as a nation, we should all be wearing a mask for the next three months, because it will save lives."

In June, he said: "The one thing we do know, these masks make a gigantic difference. I would insist that everybody in public be wearing that mask. [For] anyone to reopen, it would have to make sure that they walked into a business that had masks."

But in September, Biden walked back that pledge.

"I carry my mask with me wherever I go," the former vice president continued. "I'd set an example. It's about making sure the public is safe and secure, and that is a local decision, but there should be national standards laid out as to how it should be gone about. You can't mandate that. But to set the example on what needs to be done."

A few days later, Biden said at a CNN town hall, "I cannot mandate people wearing masks. … I would call every governor in the country into the White House, say, you should be putting mandates out."

"It depends on the state of the nature of the vaccine when it comes out and how it's being distributed," Biden said, adding: "But I think that we should be talking about, depending on the continuation of the spread of the virus, we should be thinking about making it mandatory."

Hyatt hotel chain has no regrets for hosting conservative conference