President Joe Biden has lifted the pause on people applying for a green card – a process halted by the previous administration as part of a larger effort to pause legal immigration at the onset of the coronavirus pandemic.

The so-called green card is a permit allowing a foreign national to live and work permanently in the U.S.

Biden said Wednesday that the ban did not "advance the interests of the United States."

"To the contrary," he continued the proclamation, "it harms the United States, including by preventing certain family members of United States citizens and lawful permanent residents from joining their families here. It also harms industries in the United States that utilize talent from around the world."

Last April, President Trump issue a hold on the issuance of green cards – touted the move as an effort to protect the jobs of Americans, whose livelihoods were being threatened by the global pandemic that shut down the economy.

"By pausing immigration, we will help put unemployed Americans first in line for jobs as America reopens ... It would be wrong and unjust for Americans laid off by the virus to be replaced with new immigrant labor flown in from abroad. We must first take care of the American worker," Trump said at the time.

Since assuming office last month, Biden has proposed a sweeping overhaul to the Trump administration's immigration policies. Recently, Biden proposed an eight-year path to citizenship for many of the country's tens of millions of illegal immigrants.

'All he had to do is leave it alone': Trump says Biden could have avoided border crisis 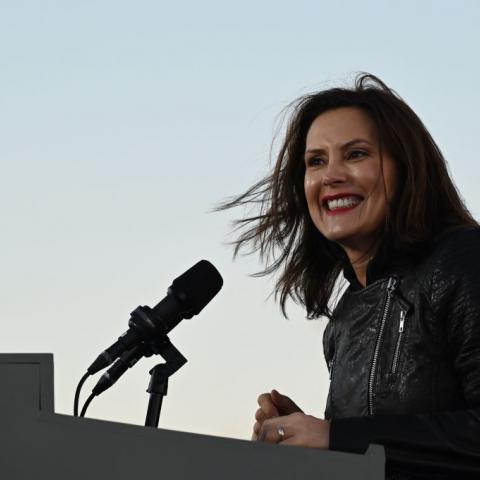