The UN arms treaty would create a global gun registry.

Congressional Democrats and the Biden administration are attempting to nibble away at the Second Amendment from both within and without the U.S., gun rights advocates warn, as Congress seeks to pass a red flag law for military members and the president eyes signing on to a United Nations arms treaty.

Red flag laws that would apply to military members were slipped into the National Defense Authorization Act (NDAA) passed by the House of Representatives last week with the help of 135 Republicans.

Red flag laws are "essentially bypassing due process," Gun Owners of America's Director of Outreach Antonia Okafor told the John Solomon Reports podcast on Wednesday. "It is going from one person who says they accuse you of being a danger to yourself, or to somebody else, and then going to a judge that then gets reasonable suspicion, right, that you are a danger to yourself or somebody else."

The accused person is not part of the hearing, and a no-knock warrant may be issued, which allows police "to go into your home unannounced and to retrieve your firearm," she explained. "Then, after that process, then you have to pay the legal process to get that firearm back."

With red flag laws, someone could "think you are a danger" simply because of one's political beliefs, even if there is nothing criminal about them, Okafor added. That would be "pre-policing," she said, trying to predict what someone "might do in the future," which lends itself to "discrimination, in many ways."

Even in cases of someone being falsely accused, the accuser faces no repercussions, Okafor noted.

The military red flag law emergency orders impact active duty military and "will take their firearms first and then maybe in the process give them due process later," Okafor warned.

Under a provision of the bill inserted by California Democratic Rep. Jackie Speier, "military personnel could be forcibly disarmed of their lawfully-possessed firearms before having so much as an opportunity to contest the accusations against them and present evidence in their defense," according to an article posted by the National Rifle Association's lobbying arm. "This would represent a clear denial of constitutional due process protections for those who have sworn an oath to protect and defend our country and the U.S. Constitution."

The Biden administration is also working towards signing the UN Arms Trade Treaty, which former President Trump unsigned two years ago. The treaty will create a global gun registry, and any American who buys a firearm from companies originating overseas will be placed on it, the NRA warned.

The treaty "will be used to mandate the provision of personal info related to any American that purchases a firearm manufactured overseas to the origin country's govt," the NRA tweeted.

"This is the first step towards creating a global firearms registry," continued the next tweet in a thread.

Nazi Germany used gun registration "as their first means of making sure that the population they wanted defenseless were defenseless first before they started implementing horrific things like the Holocaust," Okafor warned.

Rep. Chip Roy (R-Texas) told the John Solomon Reports podcast on Thursday that the Biden administration and leftists want "to have all the information on [Americans'] guns so they can take them, limit them," and for the U.S. to "bow down" to a "world order ... saying that we need to have a weaponless society. You know why? Because that's how tyranny reigns." 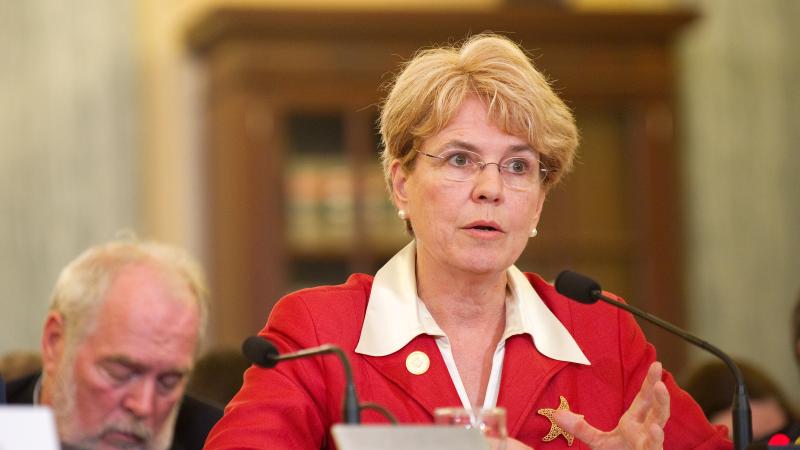