Harris claims during '60 Minutes' interview she's not ranked the 'most liberal senator.' She is.

"Somebody said that, and it actually was Mike Pence on the debate stage.”

Democratic Sen. Kamala Harris, Joe Biden's running mate, sat down for an interview with "60 Minutes," which aired on Sunday.

On the show, Harris was asked about being rated the most liberal lawmaker in the Senate.

“You’re very different in the policies that you’ve supported in the past,” CBS News host Norah O’Donnell said to the California senator. “You’re considered the most liberal United States senator.”

“Somebody said that, and it actually was Mike Pence on the debate stage,” Harris said, arguing the title came from the vice president.

O'Donnell was clearly ready for that claim.

“Yeah. Well, actually, the nonpartisan GovTrack has rated you as the most liberal senator,” she responded. “You supported the Green New Deal. You supported 'Medicare for all'. You’ve supported legalizing marijuana. Joe Biden doesn’t support those things.”

Harris didn't address the rating, segueing onto another topic.

“What I will do – and I promise you this, and this is what Joe wants me to do, this was part of our deal – I will always share with him my lived experience as it relates to any issue that we confront. And I promised Joe that I will give him that perspective and always be honest with him,” Harris said.

Here's what GovTrack said about Harris:

Harris also laughed uproariously when O’Donnell asked if she will present a "socialist or progressive perspective" if she and Biden win the election.

"No. No," she said. "It is the perspective of – of a woman who grew up – a black child in America, who was also a prosecutor, who also has a mother who arrived here at the age of 19 from India. Who also, you know, l – likes hip-hop." 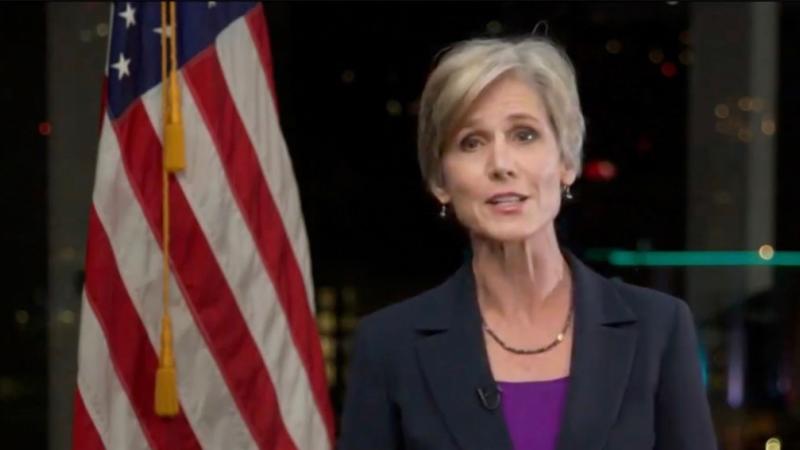