Psaki is already in hot water, amid reports she solicited questions in advance from journalists, snarked about the U.S. Space Force, and used a homophobic slur.

There's a tradition in the White House: Every outgoing press secretary leaves a flak jacket in the office closet, along with a note to his or her successor. In fact, every note is still there, wrapped in a ribbon.

It's worth wondering if Jen Psaki has read them.

Psaki, 42, began her term as the 34th White House press secretary on Jan. 20. And while she hasn't yet worn the flak jacket into the briefing room, she might well want to try it on, just to see if it fits.

In her first two weeks in office, Psaki, who served in the Obama White House as a deputy press secretary, has taken some heavy fire. She's been hit for reportedly soliciting journalists for the questions they'll be asking in the daily briefing, clashed with a couple reporters, been blasted for apparently using a homophobic slur, and been mocked for her repeated declaration that she'll "circle back" with more information that she currently doesn't have.

On her appearance at the podium, Psaki pledged — as most incoming press secretaries have done — to be open and transparent. And she said she expects — even welcomes — a spirited back and forth with the Fourth Estate.

"There will be times when we see things differently in this room — I mean, among all of us," Psaki said in her first briefing on Jan. 20. "That's OK. That's part of our democracy. And rebuilding trust with the American people will be central to our focus in the Press Office and in the White House every single day.

"When the president asked me to serve in this role, we talked about the importance of bringing truth and transparency back to the briefing room, and he asked me to ensure we are communicating about the policies across the Biden-Harris administration and the work his team is doing every single day on behalf of all American people."

On her first full day in the post, Psaki roiled up some controversy. The day before, Biden had signed an executive order mandating the wearing of COVID-protection masks on all federal property. But then the president and family members visited the Lincoln Memorial and were seen posing for pictures without masks, standing shoulder to shoulder.

Asked about the hypocrisy, Psaki defended the president. "He was celebrating an evening of a historic day in our country, and certainly he signed the mask mandate because it was a way to send a message to the American public about the importance of wearing masks, how it can save tens of thousands of lives," she said. "We take a number of COVID precautions, as you know, here, in terms of testing, social distancing, mask-wearing ourselves, as we do, every single day, but I don't know that I have more for you on it than that."

The reporter pressed: "But as Joe Biden often talks about, it is not just important the 'example of power' but the 'power of our example.' Was that a good example for people who are watching who might not pay attention normally?"

"Yesterday was a historic moment in our history," Psaki replied, looking slightly annoyed. "He was inaugurated as president of the United States. He was surrounded by his family. We take a number of precautions, but I don't think — I think we have big — bigger issues to worry about at this moment in time."

Things got worse. Ten days into her new gig, a report emerged that said she was quietly soliciting questions from journalists about what they planned to ask during the daily briefing.

"If you're a reporter with a tough question for the White House press secretary, Joe Biden's staff wouldn't mind knowing about it in advance," said the story. "According to three sources with knowledge of the matter, as well as written communications reviewed by The Daily Beast, the new president's communications staff have already on occasion probed reporters to see what questions they plan on asking new White House Press Secretary Jen Psaki when called upon during briefings."

That's not at all how things are supposed to go. And White House reporters voiced their displeasure about the unusual practice.

"[T]he press can't really do its job in the briefing room if the White House is picking and choosing the questions they want," one anonymous White House correspondent told the Beast. "That's not really a free press at all."

Conservatives quickly hit Psaki. "The left demands 100 percent loyalty from the press, not the 99 percent they already get," Media Research Center Vice President Dan Gainor told Fox News. "In today's cancel culture, journalists don't dare be open in their criticism, so that's why this story is all whispers."

But the White House sought to dispel the controversy quickly.

"Our goal is to make the daily briefing as useful and informative as possible for both reporters and the public," a White House spokesperson said. "Part of meeting that objective means regularly engaging with the reporters who will be in the briefing room to understand how the White House can be most helpful in getting them the information they need. That two-way conversation is an important part of keeping the American people updated about how government is serving them."

Then this past Tuesday, Psaki denigrated the United States Space Force (USSF), a service branch of the U.S. Armed Forces and the world's first and currently only independent space force. After its establishment in 2019 by order of former President Donald Trump, Democrats widely mocked the new service branch.

At her daily briefing, Psaki was asked if Biden had made any decisions on the future of the USSF.

"Wow. Space Force. It's the plane of today," Psaki snarked, apparently comparing the question to an earlier one about the color scheme of Air Force One. "It is an interesting question. I am happy to check with our Space Force point of contact. I'm not sure who that is. I will find out and see if we have any update on that."

Republicans ripped the press secretary for mocking the new military branch, which operates the nation's GPS and missile warning satellites — from earth.

"It's concerning to see the Biden administration's press secretary blatantly diminish an entire branch of our military as the punchline of a joke, which I'm sure China would find funny," said Rep. Mike Rogers (R-Ala.), who serves as the House Armed Services Committee's top Republican.

"The Space Force was passed with near unanimous support in Congress, the same type of 'unity' President Biden is supposedly working towards," he continued. "Jen Psaki needs to immediately apologize to the men and women of the Space Force for this disgraceful comment."

"This is just another example of the Biden administration not taking China seriously while demeaning the incredible work of Space Force personnel," said Waltz, who is a founding member of the House Space Force Caucus.

Later forced to clean up the mess, Psaki tweeted: "We look forward to the continuing work of Space Force and invite the members of the team to come visit us in the briefing room anytime to share an update on their important work."

The next day, she said at the briefing: "They absolutely have the full support of the Biden administration."

Also on Tuesday, Psaki got combative with a reporter. Noting that "we haven't seen a readout of the president talking to President Xi," the reporter asked, "I was wondering if there's something scheduled or when that might be."

Psaki gave an expansive — but elusive — answer, prompting the reporter to say, "It sounds a lot like the strategy is not to talk to him at this time because you're talking about speaking to allies and making other calls first."

"Is — have they requested a call?" the reporter asked.

"I don't have anything more for you," Psaki replied testily. "I think — I don't appreciate the, like, putting words in my mouth. That wasn't what my effort was. What I was conveying is what our strategy is here from the United States, which is to work with our partners and allies and determine what the right time is."

She concluded: "We've been here less than two weeks, and when we have a call to read out, I'll make sure you know."

On Wednesday, she got in more hot water when a recently unearthed tweet she sent last year provoked outrage for seemingly using a homophobic slur against South Carolina Republican Sen. Lindsey Graham, referring to him as "LadyG."

"Only in 2020 does #LadyG get to push a bunch of debunked conspiracy theories while questioning @SallyQYates (aka an American hero)," Psaki tweeted on Aug. 5, 2020, as former acting Attorney General Sally Yates was set to testify before the Senate Judiciary Committee, which Graham chairs.

Some in Beltway circles have insinuated the South Carolina senator is a closeted gay man because he is single.

Blowback was swift. "If you want to know what a media double standard looks like, Jen Psaki, as a CNN employee, can tweet this, get hired to be a White House Press Secretary, and not even feel compelled to delete it after it was unsurfaced a few days ago," Fourth Watch editor Steve Krakauer wrote. "She doesn't care. She's on the same team."

Graham's office also responded. "Very disappointed someone in her position would embrace this style politics," Kevin Bishop, spokesman for the senator, told Fox News. "It says more about her than it does about Senator Graham."

On a lighter note, there's the whole "circle back" thing. When she doesn't have an answer to a question, she pledges to "circle back." Psaki says that a lot.

The phrase has now been immortalized in a video that went viral:

But Psaki took it all in stride. In a briefing earlier this week, Psaki — without a smile — said, "And last thing I just want to do before we get to your questions — I often note I'm going to 'circle back.' I hate to disappoint conservative Twitter, but I am going to circle back on a number of things, as we often do directly." 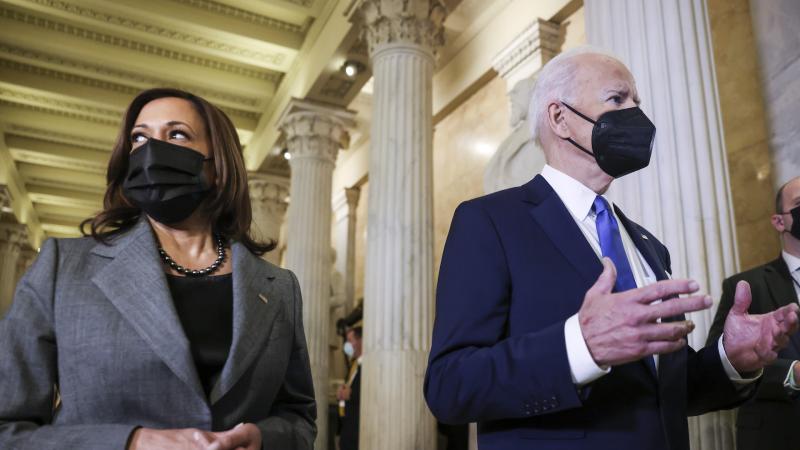