"We will never surrender, and we will always defend and protect the United States of America," the conservative Arkansas senator told the receptive crowd. 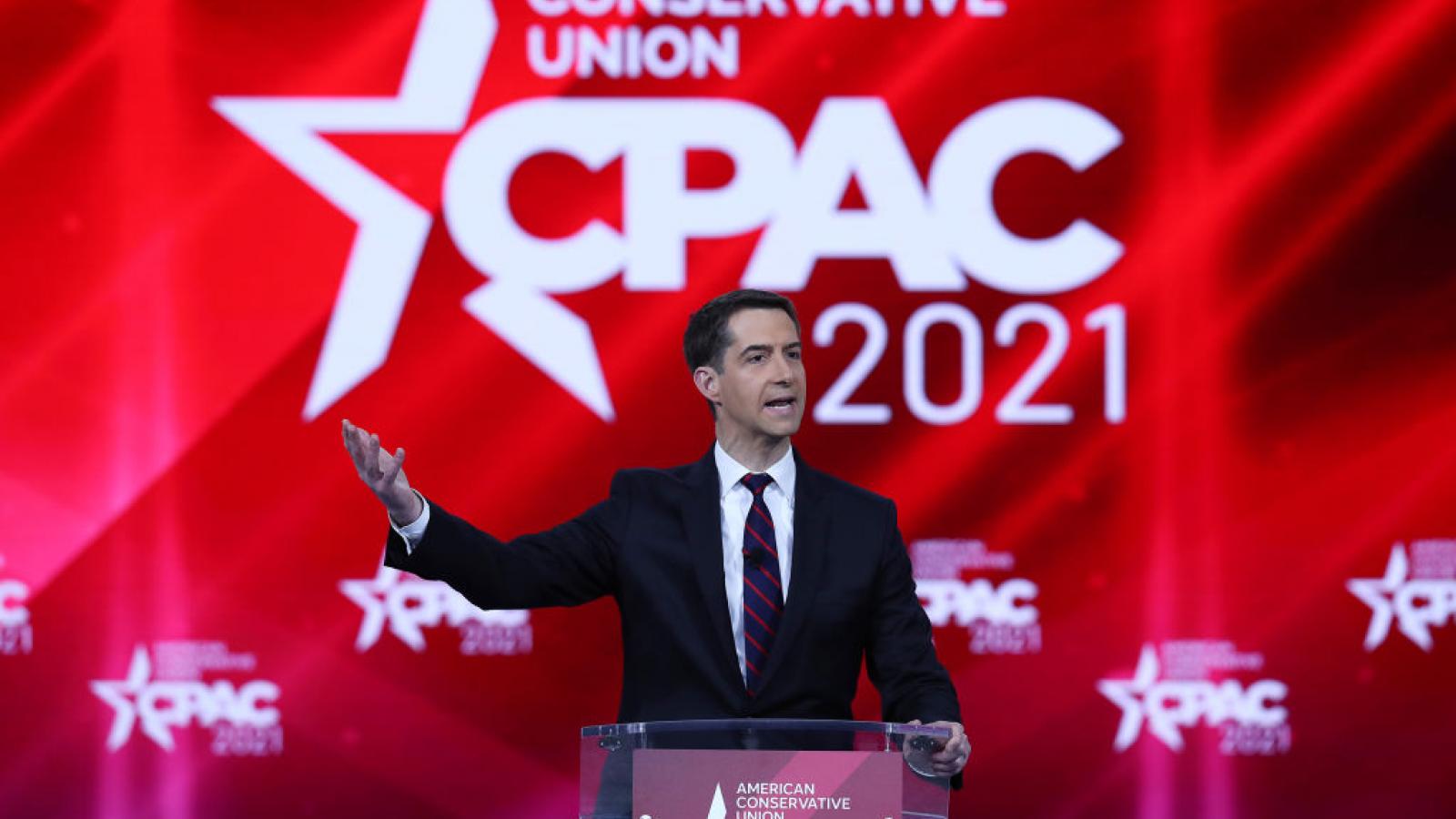 Arkansas GOP Sen. Tom Cotton on Friday at CPAC called for "a simple, unapologetic patriotism," while talking about security, freedom of speech and the left's view of the country.

"We face many threats in this country, whether from China, or Iran, or Islamic terrorism, but there is no more pernicious threat to America, than the rejection of our founding principles and our heritage and our tradition," Cotton said at the annual gathering of conservatives, this year in Orlando, Fla.

Cotton recently worked with fellow GOP Sen. Mitt Romney, of Utah, on a measure to increase the federal minimum wage to $10 per hour in exchange for ways to prevent businesses from hiring undocumented immigrants.

Cotton is among several speakers at this year's Conservative Political Action Committee gathering that are considered likely and top-tier 2024 presidential candidates. The annual event is a must stop for those running for national office and looking to impress the GOP's conservative base.

"We will never surrender, and we will always defend and protect the United States of America," Cotton said in ending his speech.

Cotton sparked internecine editorial conflict within the New York Times with an op-ed last summer in which he called for former President Trump to call in the military in response to the violent protests.