Backlash against officer's reported words comes amid charges that the Biden administration has pushed the Pentagon to impose a leftist agenda on the force.

An Army commander is under not-so-friendly rhetorical fire from troops outraged at comments the officer reportedly made denigrating white men as a class. The episode has prompted a formal investigation and reinvigorated a debate over whether the Biden administration is imposing a leftist agenda on the military.

Social media pages for a soldiers' network reported the comments in Tuesday posts on Instagram and Facebook. The posts alleged Lt. Col. Andrew Rhodes, a new battalion commander at Fort Carson, Colo., told his troops: "If you're a white male, you are part of the problem."

The comments were published by @terminalcwo, whose social media accounts feature military humor and posts about situations within the military.

Just the News was not able to reach Lt. Col. Rhodes, who this week took command of the 1-8 Infantry "Fighting Eagles" at Fort Carson. Rhodes remained in command as of Thursday, when he attended a ceremony at Fort Carson.

Officials at the fort acknowledged Friday they have launched a preliminary probe.

"The command is aware of an event involving one of our battalion commanders, we are conducting a preliminary inquiry to gather more information," Fort Carson spokesman Amber Martin wrote in an email to Just the News. "It would be inappropriate to provide any further details in order to protect the integrity of the inquiry."

The posts on social media were first posted June 8.

"Looks like Fort Carson got themselves a real gem of an unbiased commander," wrote an @terminalcwo webmaster. "I hope you're not white or ever accused of anything while you're in his command. You're already guilty, and you didn't even know it!"

The posts included screen shots of texts from a soldier who wrote: "He said that anyone who wasn't a white male would be afraid to call out something that made them uncomfortable and rambled about how if you don't like how woke the army is getting then get the f--- out of it."

These and other alleged comments attributed to Rhodes brought swift reaction from active-duty troops, and veterans.

"Rhodes basically condemned over half the military and risks doing serious damage to troop morale, if the reports are true," said Jason Beardsley, National Director of the Association of the United States Navy. "Army leadership should do everything possible to protect soldiers from this cancerous behavior, and it does appear to be taking the right steps."

Privately, soldiers at Fort Carson said they found the comments to be both disturbing and enlightening.

"He assumes that white males are always in the wrong," one black enlisted man told Just the News. "He made that loud and clear. We know who he is, and he is divisive. It's bad for morale, but at least we know that up front."

"This commander showed us his bias," a white enlisted woman said. "I would not want to serve in his unit. I'd tell them straight up. I do not trust my commander."

Social media users scoured through cached copies of a now-deleted Twitter account alleged to have belonged to Rhodes. Screen shots of tweets from the account provided fodder for mockery. One social media user, @donjohnnyyy, wrote: "Those tweets make as much sense as a Biden interview." Another, @douglarfresh, commented: "Stunning and brave. So woke."

Others on social media defended Rhodes, praising him for trying to improve the Army. Others called out the critics. One account, @UncleLarry4, tweeted: "White men are being held accountable and starting to figure out the world doesn't revolve around them. And they don't like it."

The controversy comes amid increasing charges that President Biden and his defense secretary, Lloyd Austin, have pushed the Department of Defense (DOD) to impose a leftist agenda on the force.

"DOD's decision to promote so-called woke ideals over combat readiness and morale only encourages this divisive behavior when we should be focused on winning wars," said Beardsley, who served in the Navy and then as an Army Green Beret. 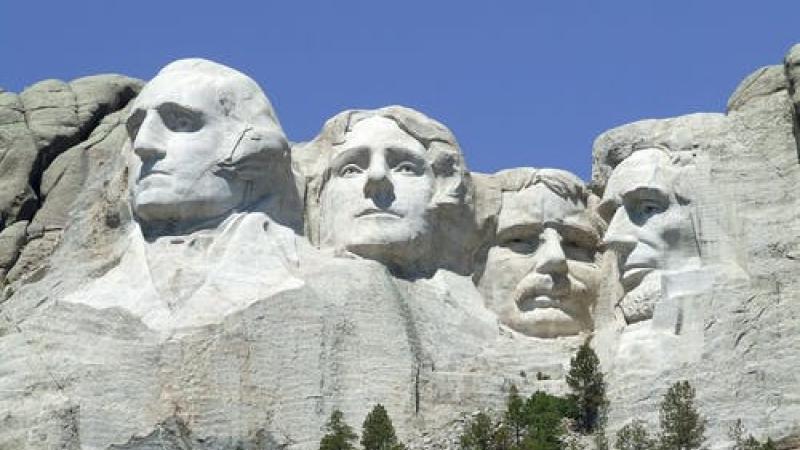