In the ongoing debate over globalization, supply chain disruption due to coronavirus strengthens President Trump's argument that the United States should be less economically dependent on Chinese manufacturers, according to some economic experts.

Whether it’s America’s dependence on Chinese pharmaceuticals, possible shortages due to a recall of 9 million hospital gowns supplied from China, or a lack of medical masks raised by Housing and Urban Development Secretary Ben Carson, Americans are grappling with whether they should diversify their supply chain away from less reliance on China.

“In terms of critical supply chains, let’s make sure that we’re not depending on others,” Carson said in an interview with Fox News. “It’s the same thing for oil. We used to be so dependent on Iran, it affected the way that we reacted to things that were going on in the Middle East. That’s not the case anymore.”

“The recent severe disruptions to supply chains, caused by the coronavirus epidemic in China, vindicates President Trump’s long-held position that companies should manufacture in the U.S.,” Chang said. “For this and other reasons, companies will have to shorten the distance between their factories and their customers. The virus gives them reason to do that now. If companies don’t want to make things here, they can do so in either Mexico or Canada to take advantage of the USMCA agreement, the new NAFTA.”

In January, China was the United States’ third largest trading partner at $40.5 billion, according to federal government figures, behind Mexico ($49.2 billion) and Canada ($47.9 billion). American Enterprise Institute scholar and China expert Derek Scissors agreed that USMCA offered an opening for the U.S. to rely less on China.

“President Trump's primary goal in trade talks was to boost American exports to China, increasing links between the two countries, not decreasing them,” Scissors told Just The News. “It is past time for the U.S. to partly decouple from Xi's China. For example, producing more pharmaceutical products domestically is a must. There are going to be costs to doing this, in part because we have few good choices to replace the Chinese component of supply chains. But USMCA is a start.”

Data from NRF also shows heavy traffic of imports from China to U.S. ports in California, Washington state and Boston.

“Will there be an economic hit from the coronavirus on the supply chain?” wrote Jonathan Gold, vice president of supply chain and customs policy at NRF in a members-only report obtained by Just The News.  “Most believe yes, but it is too early to tell how much. Disruptions might be short-lived for certain industries or commodities, while others might last longer ... Most importantly, retailers are working closely with their suppliers to determine the impact as well as paths forward to minimize disruption. These companies note that it is just as important to work with transportation providers to determine the impact from their perspective and the potential options to shift to alternate delivery options.” “Companies have spent the better part of the last decade — even before the trade war or the coronavirus — trying to diversify their supply chains beyond China,” Gold continued. “That’s not easy — we all know how complex the global supply chain is. However, the coronavirus may push companies to ensure that they are pursuing a diversified sourcing strategy more than ever.”

Data from Resilinc, a supply-chain-mapping and risk-monitoring company, published by Harvard Business Review (HBR) showed manufacturing and high-tech semiconductor and consumer electronics companies could take a supply chain hit from high-dependence in coronavirus-quarantined areas of China, Italy and South Korea. “Unfortunately, many are facing a supply crisis that stems from weaknesses in their sourcing strategies that could have been corrected years ago,” authors Tom Linton and Bindiya Vakil wrote in HBR. “Many companies are probably also regretting their reliance on a single company for items they directly purchase. Supply-chain managers know the risks of single sourcing, but they do it anyway in order to secure their supply or meet a cost target. Often, they have limited options to choose from, and increasingly those options are only in China. In many cases, the roots of this current supply-chain crisis stem from decisions made far upstream — for example, sourcing a common plastic resin that is vital to several industries from one supplier or one region. Such decisions cascade down through supply chains, even impacting companies who themselves don’t directly source materials or products from China but whose suppliers do.”

Allison Schrager, senior fellow at the Manhattan Institute for Policy Research and former economics professor at New York University, told Just the News that American firms should consider shifting supply chains to other Asian countries and Africa as well.

“There are big efficiency gains from trade, but relying on a single producer, especially in an authoritarian economy is risky,” Schrager said. “And many manufacturers are realizing they need more diversification. I don't think expecting all intermediate goods to come from the U.S. is realistic — unless consumers are prepared to pay much more for everyday items. But diversifying supply chains, to other Asian countries and countries in Africa, probably makes sense.”

You Vote: Is inflation affecting your holiday shopping? 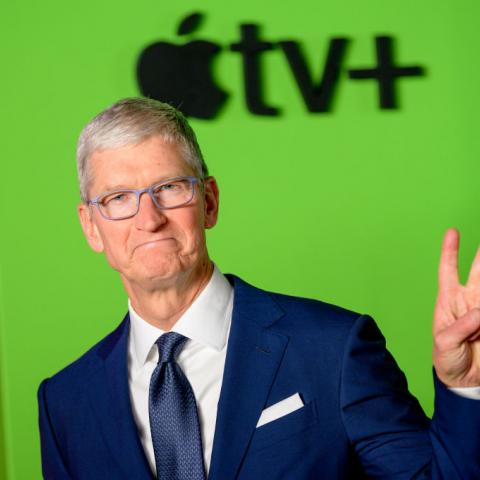