U.S. GDP grew at record 33.1% annualized rate in third quarter, as economy roars back from COVID 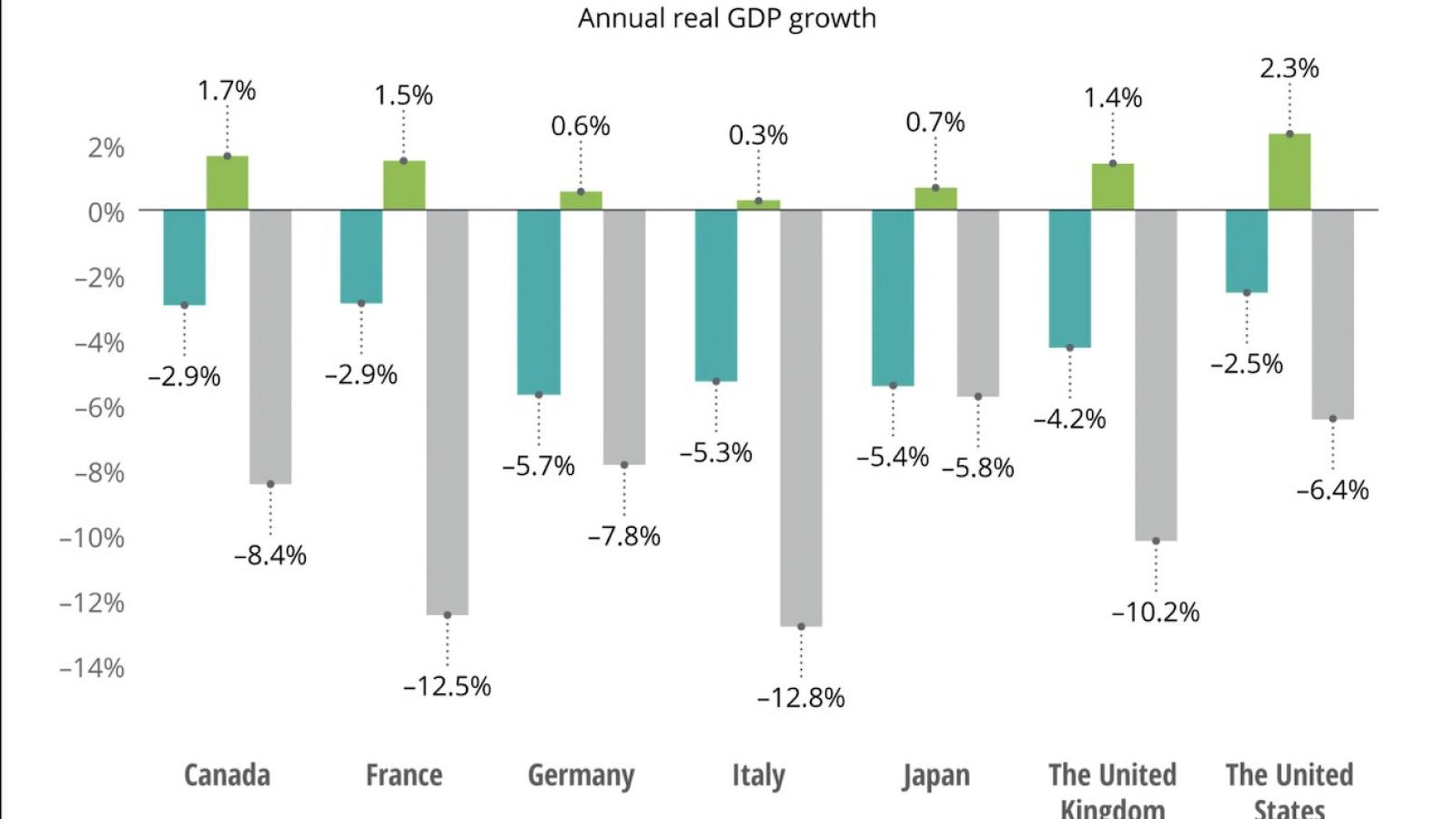 New third quarter 2020 economic numbers out Thursday show record growth, confirming a rapid, V-shaped recovery from the nationwide economic shutdown induced in the spring in response to the spread of COVID-19.

In the third quarter, the GDP grew at an annualized rate of 33.1%, the Commerce Department said Thursday morning.

Economists expected approximately 32% annual GDP growth, making up ground lost during a sharp 31.4% contraction that occurred during the second quarter, following the initial pandemic-induced economic shutdown. The 33.1% annualized expansion pace was slightly higher than the widely predicted figure of 32%.

The Federal Reserve Bank of Atlanta, the Chicago Fed, the Conference Board, and Goldman Sachs had all expected growth to be between 30% and 35%, on an annualized basis. This level of growth, economists noted, would be the highest in the history of American GDP calculations, which began during the Great Depression.

"It's the best-ever recovery," economist Art Laffer told Just the News ahead of the report. "But you know, bottom line, the reason that's the best is because the first and second quarter were the two worst. They were caused by something not economic, they were caused by the pandemic. And so it's not a normal recovery in the sense of the Great Depression."

Laffer said the data from the U.S. Bureau of Economic Analysis (BEA) would show 8% growth from the second quarter, which extrapolated over four quarters would come to an annualized growth rate of 32%.

"But then again, it was the single worst quarter ever in the second quarter," he cautioned. "We're just having a very nice, sharp bounce back, which is just what should happen, and it has happened."

Laffer, the intellectual father of supply side economics, said there was not reliable U.S. or global data to compare the current economic recovery to that which followed the 1918 Spanish flu pandemic. "Economic historians go back and look at all sorts of data and reconstruct what GDP would have been," Laffer explained. "And it's very tough to get a reliable number."

Laffer, an informal economic adviser to President Trump, including on COVID-19 response, said the Q3 bounceback wouldn't have been possible without strong economic fundamentals.

"COVID-19 hit the U.S. economy, and [prior to the outbreak] the U.S. economy had the lowest unemployment rate we had since 1959," Laffer said. "It had the longest period of expansion in, I think, U.S. history. So, when it hit the economy. I mean we were in as good a shape as possible to absorb that. Imagine what would have happened if it hit in the middle of the Great Recession or some other time. It would have caused a lot more damage."

Laffer said compared to Europe and other developed nations, the United States has recovered more quickly in part, he believes, because the federalist model of flexible, decentralized government with power exercised at the state level allowed for a more rapid economic reopening in areas that were less at risk of intense COVID outbreaks.

According to economists from global accounting and financial consulting giant Deloitte, GDP in the United States is set to contract by 6.4% in 2020 and by 1.7% in 2021. However, Deloitte estimated that the U.S. contraction in in 2020 would be the second mildest (behind only Japan) among G7 nations, with all the other countries — Canada, France, Germany, Italy, the U.K. — estimated to take a harder hit.

Brooke Rollins, White House acting domestic policy chief, told "Just the News AM" television show on Wednesday that the record Q3 numbers were only made possible through a Trump administration tax and regulatory framework which had already proven itself with record-low unemployment figures among African-Americans, Latinos, women and other groups.

While acknowledging that federal stimulus packages like the CARES Act "had something to do with keeping people's food on their table and in their homes" pending the "incredible comeback of our economy," ultimately, Rollins said, "the real success story here is what President Trump built over the last three and a half years."