Workplace discrimination complaints, including for race, plummeted in Trump presidency

The number of workplace discrimination complaints filed with the U.S. Equal Employment Opportunity Commission has seesawed up or down by a few thousand any given year, going back to the passage of the Americans with Disabilities Act.

Until the Trump administration, when complaints took a sustained plunge and reached at least a three-decade low.

The official government data were highlighted by University of Michigan-Flint economist Mark Perry, who studies economic trends by gender and race and often questions common media narratives around discrimination.

The trend so intrigued Perry, an American Enterprise Institute fellow, that he looked for potentially correlated statistics. He found one: the unemployment rate.

The data suggest that workers are far less inclined to accuse employers of discrimination in good economic times, especially the Donald Trump presidency, when the unemployment rate stayed under 5% until the COVID-19 pandemic.

The same holds true for black workers and racial discrimination in particular, according to Perry's breakout of those EEOC data.

The economist suspects that workers are more apt to file discrimination complaints when they are fired, not promoted or not hired in the first place. In a "booming" labor market and economy, fewer workers lose their jobs and finding work is easier, "so there are fewer complaints of discrimination," he said.

In a recession and weak labor market, by contrast, workers may be more inclined to identify discrimination as the reason they were laid off or not hired. 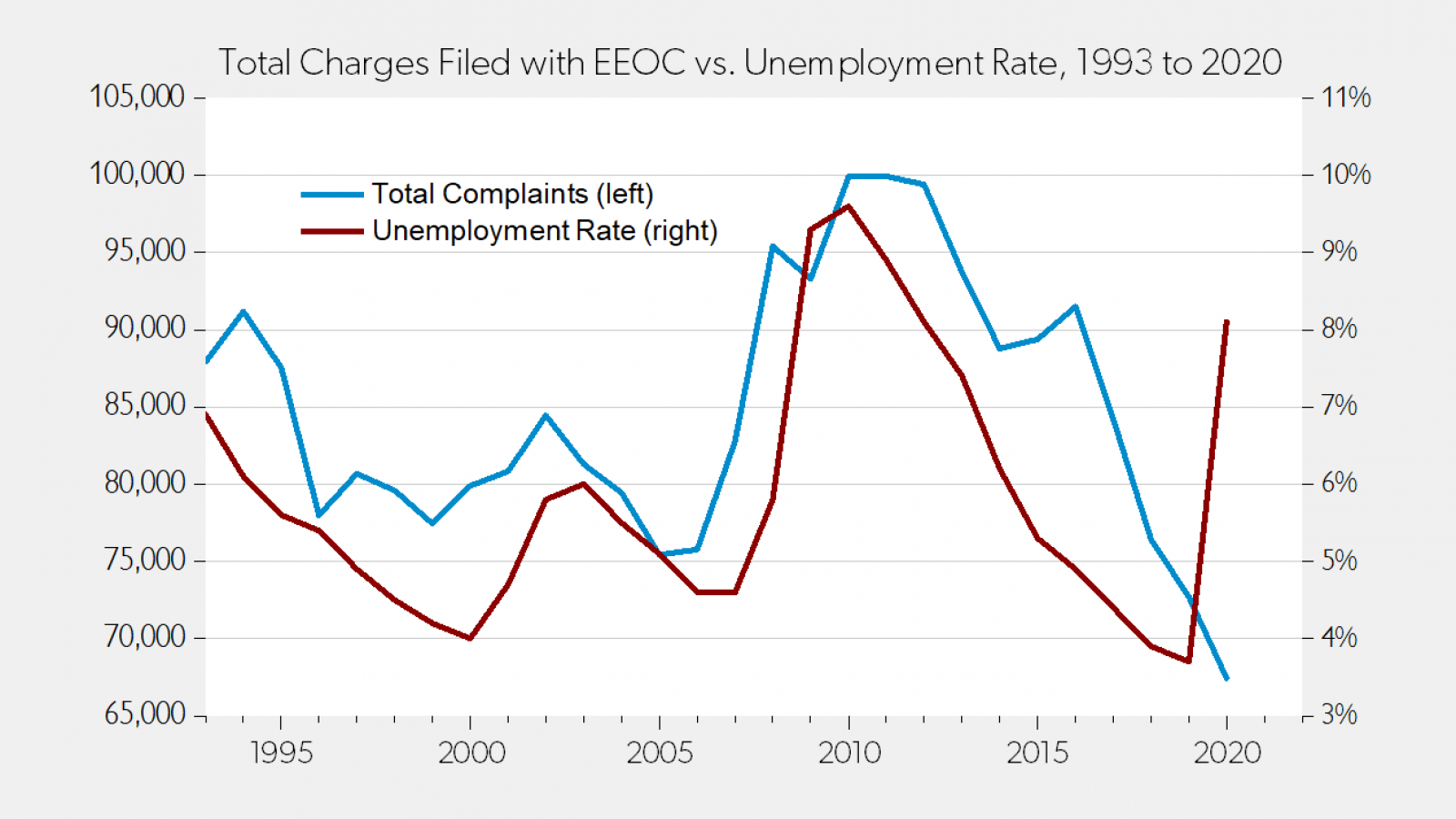 A spokesperson for the EEOC told Just the News it wouldn't "speculate on why the number of EEOC charges [complaints] increase or decrease over the years," but pointed to the implementation of its online public portal in 2017.

This may have had "some impact in that it helped the agency determine jurisdictional issues before charges were filed," the spokesperson wrote in an email.

A recently departed EEOC lawyer agreed the change to the filing system could have had an effect on the downward trend since 2017. The system determines in the filing process whether a complaint is barred by statute or filed too late.

As for the overall decline from 2010, Perry's unemployment rate theory is "probably best" until new data for 2021 can test it, Christine Johnson, assistant general counsel from September 2019-March 2021, told Just the News.

Employment lawyers did not respond to queries from Just the News to offer possible explanations for the trend.

Perry told Just the News he looked at EEOC complaint data because of an offhand reference in the Washington Free Beacon to a 20-year low for racial discrimination complaints.

"If America is so 'systemically racist' why are complaints of racial discrimination to the EEOC plummeting to all-time lows in recent years?" Perry tweeted Friday, posting a graph that showed ups and downs in numbers through the two Bush, Clinton and Obama administrations.

Recordkeeping changes make it impossible to determine whether discrimination complaints reached all-time lows in the Trump presidency. The EEOC spokesperson said the commission, created under the 1964 Civil Rights Act, doesn't have "reliable charge data" before 1992 because those records were kept on paper.

Complaints are further broken down by allegation, such as race and sex discrimination. Those categories didn't vary much in percentage of total complaints over three decades, with race often in the mid-30s and sex the low-30s. Retaliation, by contrast, grew from about 20% to 50% of complaints. (Each complaint can contain multiple categories of alleged violations.)

"I wasn't sure why the EEOC complaints have changed," Perry wrote in an email, but he found a "strong pattern" when he plotted annual complaints and the unemployment rate: The former follows the latter up and down. Joblessness hit "historical lows" over the decade since the peak in EEOC complaints in 2010, reaching a 50-year low of 3.7% in 2019, he said.

The pattern breaks in 2020, when complaints kept falling even as joblessness spiked. "Perhaps there is a lag, and the rising unemployment rate last year will result in a higher number of complaints this year," Perry said. "Of course, the unprecedented generosity of unemployment benefits last year and this year," combined with low hiring in many industries, "might discourage displaced workers from filing discrimination complaints." 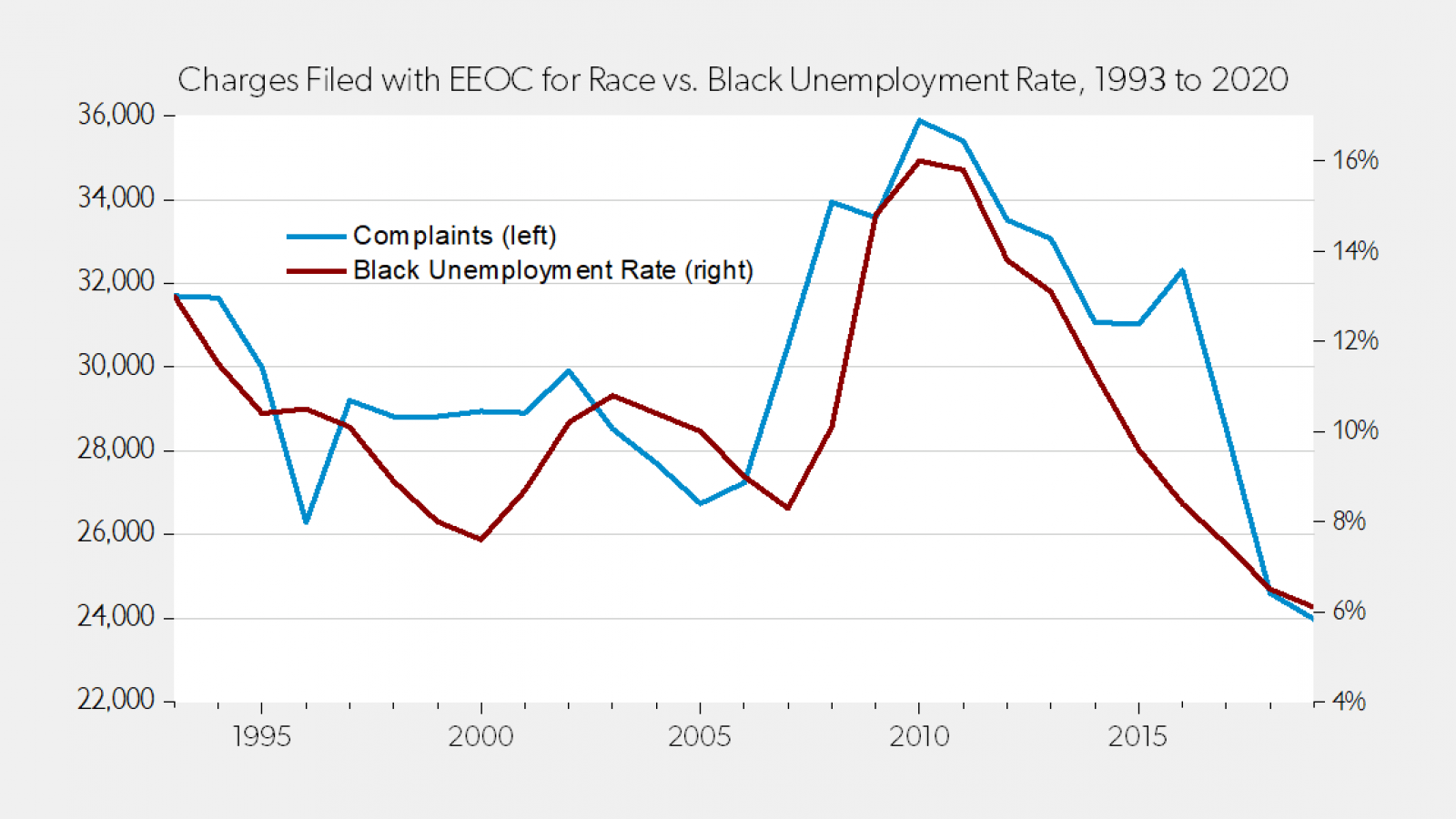 Johnson, the former EEOC lawyer, agreed the consistent fall in complaints under Trump "contradicts the narrative" that the administration's alleged racism infected workplaces. "One would hope that it's because there's less discrimination in employment out there."

Workers also make a cost-benefit analysis before going to the EEOC, since the commission notifies employers when current or former employees file a complaint, she said.

Employees who suffer through discrimination to keep a good job, and are then fired, have an incentive to "expose [their] employer for their bad acts." It's different for workers who lost their jobs for pandemic-related reasons, especially if they are still getting government relief checks, Johnson said. 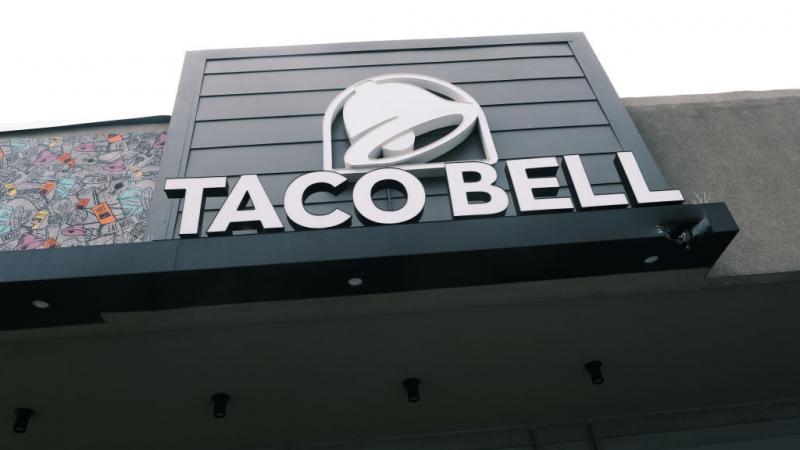 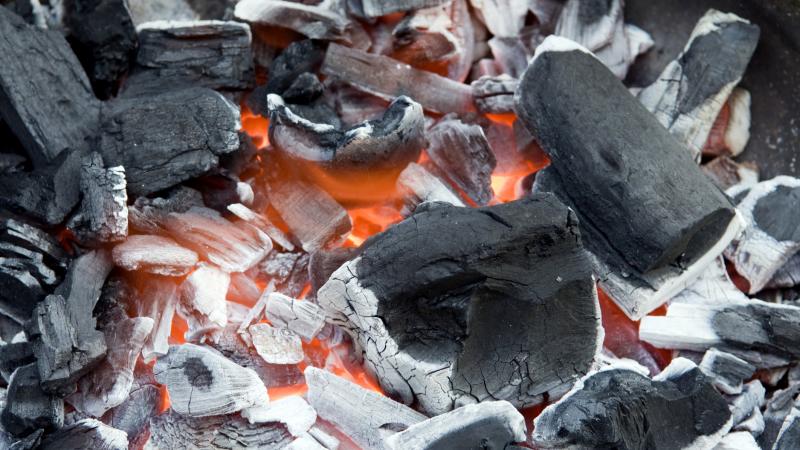