Prelates move to clarify whether or not abortion-rights supporters can receive Communion — with implications for nation's highest profile Catholic, Joe Biden.

President Joe Biden attended Mass on Sunday as possibly the nation's most prominent Catholic — yet one who could soon be barred from receiving Holy Communion, depending on the outcome of an upcoming church document authored by the U.S. Conference of Catholic Bishops.

The bishops at their national meeting last week voted to draft a proposal clarifying the theology and tenets of the Catholic Church's Holy Communion, including whether individuals who support abortion rights can receive it.

Catholics who are in a conscious state of what the Church deems "mortal sin" are instructed not to receive the Eucharist before attending confession with a priest. The Catholic Catechism dictates that abortion is "gravely contrary to the moral law" and that procuring an abortion carries with it "the canonical penalty of excommunication," which would necessarily prohibit receipt of the Eucharist.

At particular issue in the bishops' current debate is whether or not an individual —particularly government leaders — who simply support abortion rights are themselves in a state of mortal sin due to that support.

The decision to move forward with the clarifying document indicates that the bishops will at least attempt to resolve that question in a theologically coherent way. The Vatican, meanwhile, recently signaled its opposition to any moves toward denying communion to abortion rights supporters. Cardinal Luis Ladaria, prefect of the Congregation for the Doctrine of the Faith, warned the U.S. Conference of Catholic Bishops that the measure could "become a source of discord rather than unity within the episcopate and the larger church in the United States."

Jesuit priest Antonio Spadaro, a close ally of Francis, told the New York Times that the Vatican seeks to avoid using "access to the Eucharist as a political weapon."

Pope Francis, whose theological progressivism on various church issues has regularly made waves both in and out of the Church, this month preached that the Eucharist is "not the reward of saints, but the bread of sinners."

Culpability for mortal sin 'up for debate'

Whether or not supporting abortion rights in and of itself would carry the same weight under Church authority is unclear. The Catechism claims that "formal cooperation in an abortion" constitutes "a grave offense," but it does not clarify the parameters of that "cooperation."

Peter Kreeft, a longtime Catholic apologist and a philosophy professor at Boston College, told Just the News that for Catholic authorities and theologians the issue hinges on the fact that the commission of a mortal sin doesn't necessarily determine "whether a person is in the state of mortal sin or not."

"The nature of the act itself is only one of the three requirements for a state of mortal sin, the other two being full knowledge in the mind and full consent in the will," Kreeft said.

"A prudential decision like this is not a matter of dogma alone, and therefore we usually find faithful Catholics on both sides of the debate," he continued, though he argued that "in the last few generations the Church has been much more reluctant than in the past to offer clear public witness to its unalterable doctrines when many people, even those who call themselves Catholic, say they are offended by them."

Peter Cajka, assistant teaching professor of American studies and expert on American Catholicism at the University of Notre Dame, argues that the document produced by the bishops "could be dead on arrival."

"The Archbishop of D.C. has said he already won't enforce [a Communion ban]," Cajka said. "There's also warnings from the Vatican."

Cajka argued that the document could stand as both "a very cynical political move" as well as "a very deft cultural move," one that "could end up helping the Republican Party have symbolic power with the Religious Right."

He argued that the bishops are attempting to "politicize the Eucharist."

"It kind of feeds into the culture war moment where they think they have to weaponize this to get something done," he said. "It raises all sorts of complicated questions."

The tension between abortion-rights-supporting Catholics and the Catholic Church's uncompromising opposition to abortion has long been a source of cultural and religious strife. Polling has shown that a majority of self-identified Catholics want abortion to remain legal, though a majority also believe that the practice is morally wrong.

Any attempt by the bishops to settle the question of Communion reception will likely have a seismic effect no matter what the outcome, either by driving away pro-choice Catholics or discomfiting orthodox Catholics opposed to abortion rights. Cajka pointed out that the passage of the resolution was itself far from unanimous, with 168 bishops voting in favor of it but 55 voting against it. Six more abstained from voting.

"To make the Eucharist more of a political point, to make it less accessible, cuts against the grain of sacramental theology," he argued. "To make this a political choice is, I think, huge."

He noted that the Catholic Church has at times afforded sacraments to those known to have acted directly against Catholic teaching. The brutal dictator Francisco Franco, for instance, received a Catholic funeral Mass upon his death in 1975.

Kreeft, for his part, said he does not "see any hard bright lines in the sand here."

"She has lost the 'culture war' spectacularly," he claimed, "and will not survive the coming Brave New World unless she recaptures the courage of the catacombs and the toughness of the martyrs." 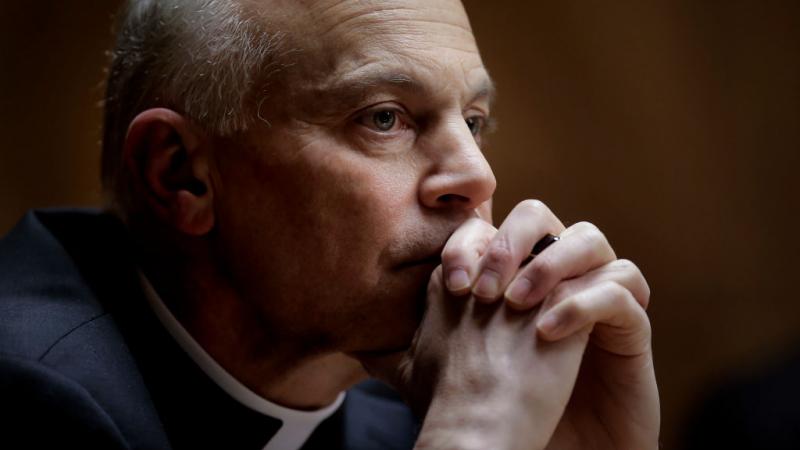 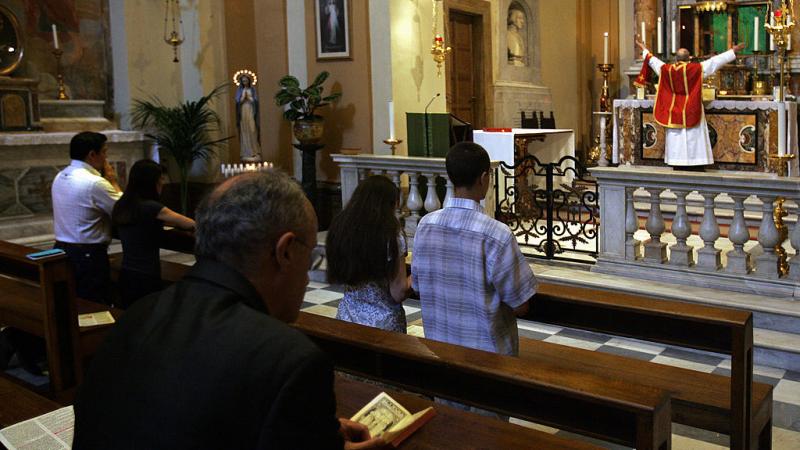