The event was live-streamed, but most news media outlets were not allowed into the private swearing-in ceremony.

Arizona Governor Katie Hobbs was sworn in on Monday in a private ceremony.

The event took place on the ninth floor of the Capitol executive tower. Arizona’s Constitution requires certain statewide officials to begin their terms on the first Monday in January.

Yee is beginning her second term, and Horne previously served as the top education official from 2003 to 2011.

As for Hobbs, she is taking the reins from Republican Gov. Doug Ducey, who has served in the position since 2015. The last Democratic governor was Janet Napolitano, who was in office until 2009 before serving in the Obama administration.

“Today marks a new chapter for Arizona," Hobbs said in a news release Monday. "As we look forward to a brighter future, I pledge that the needs of Arizonans - not partisan politics - will always come first. I will work with Republicans, Democrats, and Independents to tackle our state’s biggest challenges - fully funding our public schools, securing our state’s water future, ensuring reproductive freedom, making Arizona more affordable, and so much more."

Hobbs will have to govern while cooperating with an Arizona State Legislature that retains its Republican majority this session. Her swearing-in comes after a contentious election against Republican Kari Lake, who is currently appealing a judge’s ruling against her election contest.

The event was live-streamed, but media outlets were not allowed into the private swearing-in ceremony except for an Associated Press photographer, which meant that Hobbs was unavailable for questions about her first day in office. 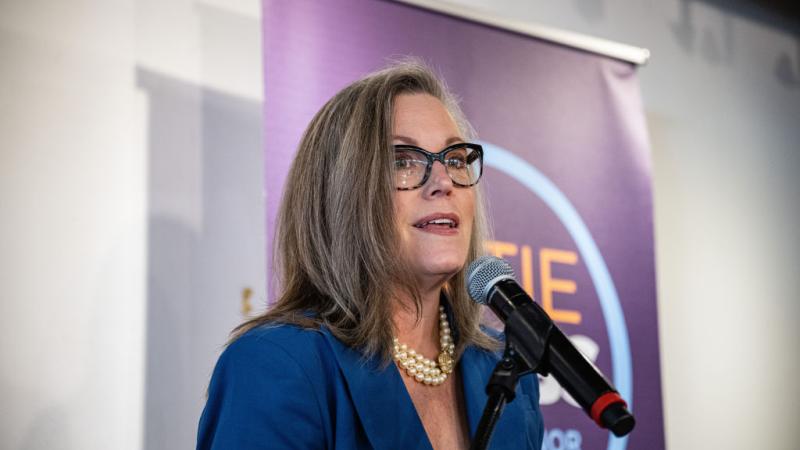