Some Jewish conservatives see the president as such a strong ally that's he's earned honorary membership in their ranks. 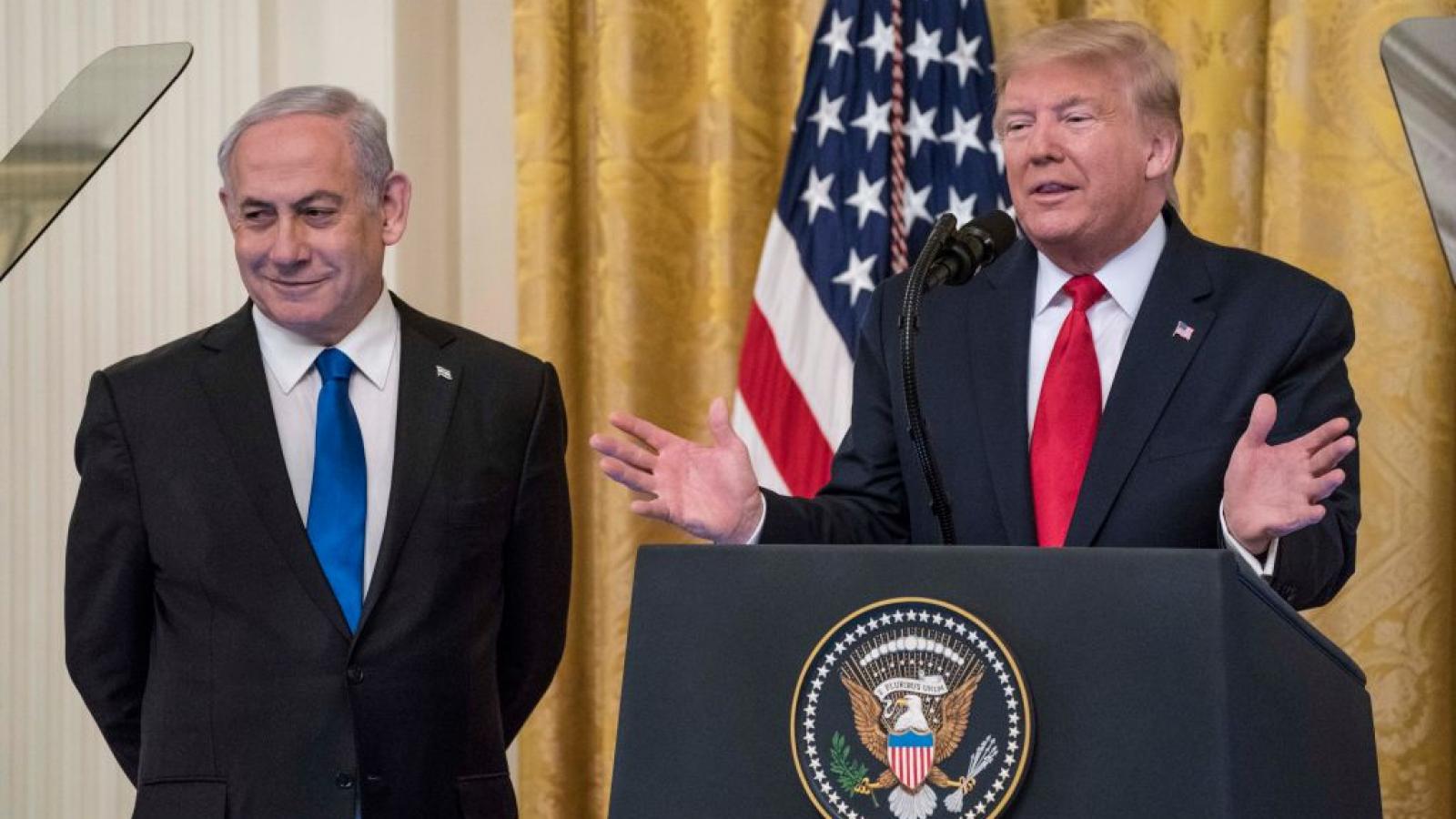 When it comes to the majority of American Jews, one political truth remains constant: They vote overwhelmingly for Democrats.

But could Donald Trump be making deeper inroads with this group than any Republican president in U.S. history?

As the president wishes his Jewish friends a Happy Passover via video as they prepare to recount once again the story of the "strength of the Jewish people," some of his Jewish conservative friends feel the president has been such a strong ally that he’s practically earned a kind of honorary membership in their ranks, much as Bill Clinton was celebrated by some as America’s “first black president” for his unique rapport with African-American voters.

“I believe he’s the first Jewish president, and if he’s not, he should be,” radio and TV host Mark Levin tells Just The News. “No president has been supportive of the Jewish community and the state of Israel to the extent that Donald Trump has been. It’s actually been remarkable

Levin, host of the syndicated radio show “The Mark Levin Show,” may be onto something.

A recent Pew Research poll showed that among American Jews, 40% say, “the administration has helped their interests,” compared to just 36% who say Trump hasn’t — a remarkable result considering the majority of American Jews are ideologically progressive. For perspective, 39% of Jews approved of George W. Bush, commonly considered an unusually strong ally of Israel, in the run-up before his re-election in 2004. He ended up winning 25% of the Jewish vote that year. In 2016, Trump received 24% of the Jewish Vote.

While a small uptick among Jews may not seem statistically significant, it could be crucial to the president's re-election in key swing states like Florida, Nevada and Pennsylvania, all with higher than average Jewish populations.

Politically conservative Jews have applauded Trump’s record on issues affecting the state of Israel. They cite a wealth of evidence: moving the U.S. Embassy from Tel Aviv to Jerusalem; recognizing the historical lands of the Jewish people in the Middle East; canceling the Iran Nuclear deal, and recognizing Israel's sovereignty over the Golan Heights, captured from Syria in the 1967 Six-Day War and annexed in 1981.

“Each of these actions, and so much more, show his absolute dedication to the Jewish people and the State of Israel,” Jason Greenblatt, the former special envoy for Middle East peace for the Trump Administration tells Just The News.

Greenblatt has worked with Trump for more than 20 years and has felt his love for the Jewish people. “His encouragement of my Jewish religious observance was quite outstanding,” says Greenblatt. “Over my two decades of experience working with him, I have only known him to be thoroughly respectful and encouraging of my religious observance. That is who President Trump is in his heart and in practice."

Yet, a majority of American Jews not only disagree with that sentiment; they see a president who is actually an enemy of the Jews. For example, in a New York Times column headlined “Donald Trump Is Bad for the Jews,” influential liberal columnist Paul Krugman made the argument, as many liberal Jews have, that Trump traffics in anti-Semitic tropes about how Jews are greedy and should profess allegiance to Israel.

The issue progressive Jews have with Israel, they say, has nothing to do with their love for their fellow Jews, but rather the policies of Israeli Prime Minister Benjamin Netanyahu. “It’s one thing to be a Jew in Israel, and it’s another thing to be a Jew in Manhattan and Queens,” says Levin, who also hosts “Life, Liberty and Levin” on the Fox News Channel. “The more secular Jews are rock-ribbed Democrats, and there is nothing that can change their minds.”

Indeed, liberal Jews, with their ideology as their guide, see a president with many flaws when it comes to supporting Jews — including keeping the wrong company. “The Trump administration is, beyond any reasonable doubt, an anti-democratic, white nationalist regime,” Krugman thundered in his column. “And while it is not (yet) explicitly anti-Semitic, many of its allies are…”

All of this makes sense from a political perspective: After all, 44% of American Jews identify as liberal — nearly double the percentage among the overall population. “This is a problem we have within the Jewish community,” says Levin. “For far too many, their political ideology is their true faith.”

The Trump Administration is well aware they won’t be winning over any of the liberal American Jews anytime soon. But with a sort of Zionist approach to how they maneuver with Israel in the Middle East, they’ve made one thing perfectly clear: He’s all in when it comes to defending Israel.

Norman Podhoretz, the legendary longtime editor of the influential Jewish intellectual monthly Commentary Magazine, tells Just the News that Trump fulfills a more immediate, practical purpose than that of being a figurative “first Jewish President.”

“I don’t see Trump as the first Jewish President, but he certainly is the most fervent supporter of Israel ever to sit in the White House,” says Podhoretz.

At this point, Podhoretz is just glad that Trump ensures that the one person who could become the first literal Jewish president, won’t be.

“Ironically, the one politician who has a (thankfully remote) chance to become the first Jewish president would represent the fulfillment of Isaiah’s prophecy that the destroyers of the people of Israel would emerge from among them,” he says. “Indeed, I sometimes think that Trump was sent to save not only the Jewish state but America as a whole from Sanders and the forces behind him.”

'Trump will be your president long before 2024,': MyPillow's Lindell amid Dominion defamation suit