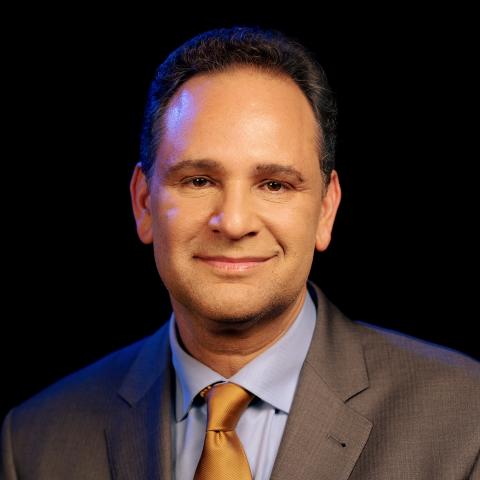 David Brody is a thirty-one year veteran of the television industry and currently serves as Chief Political Analyst for CBN News. He’s interviewed many prominent national figures across the political spectrum during his time at the Christian Broadcasting Network including Donald Trump more than twenty times. Since he became president, David has interviewed Trump at the White House and aboard Air Force One. He’s also interviewed both Vice President Mike Pence and Secretary of State Mike Pompeo three times each. In addition, David provides on-air political analysis for CNN, Fox News and has been a regular panelist on NBC’s Meet The Press since 2007. Brody is the author of two books including, “The Faith of Donald Trump: A Spiritual Biography.” He has been profiled in the New York Times, Washington Post and Los Angeles Times along with being a guest Op-Ed writer for The New York Times and USA Today. David was cited as one of the top 100 influential evangelicals in America by Newsweek Magazine and listed as one of the country’s top 15 political power players in the media by Adweek Magazine.

David has worked as News Director at ABC affiliate KRDO-TV in Colorado Springs, Colorado, and has produced special projects, stories, and shows in the major markets of Washington, D.C., (WUSA-TV) and Denver (KUSA-TV). He joined CBN News in 2003.

Brody graduated with a B.S. in Communications from Ithaca College in 1988. He is married with three children.

Elections
How Nevada became key proving ground for Democrats' national mail-in ballot push
Coronavirus
Dr. Birx says November in-person voting should be as easy as going to Starbucks
Religion
Pastor defies health officials: Restriction on worship 'has nothing to do with the virus'
Diplomacy
U.S. envoy to Israel hints UAE deal may be first of several: 'Other dominoes are likely to fall'
Elections
Mike Pence on how Biden can dispel public unease about cognitive decline: 'Square up' and debate
Health
Expert: COVID-19 mass fear, unemployment unleash 'unprecedented assault on mental health'