Trump says Kaepernick should get to play football again, if he has the skills

The president has criticized athletes kneeling during the National Anthem 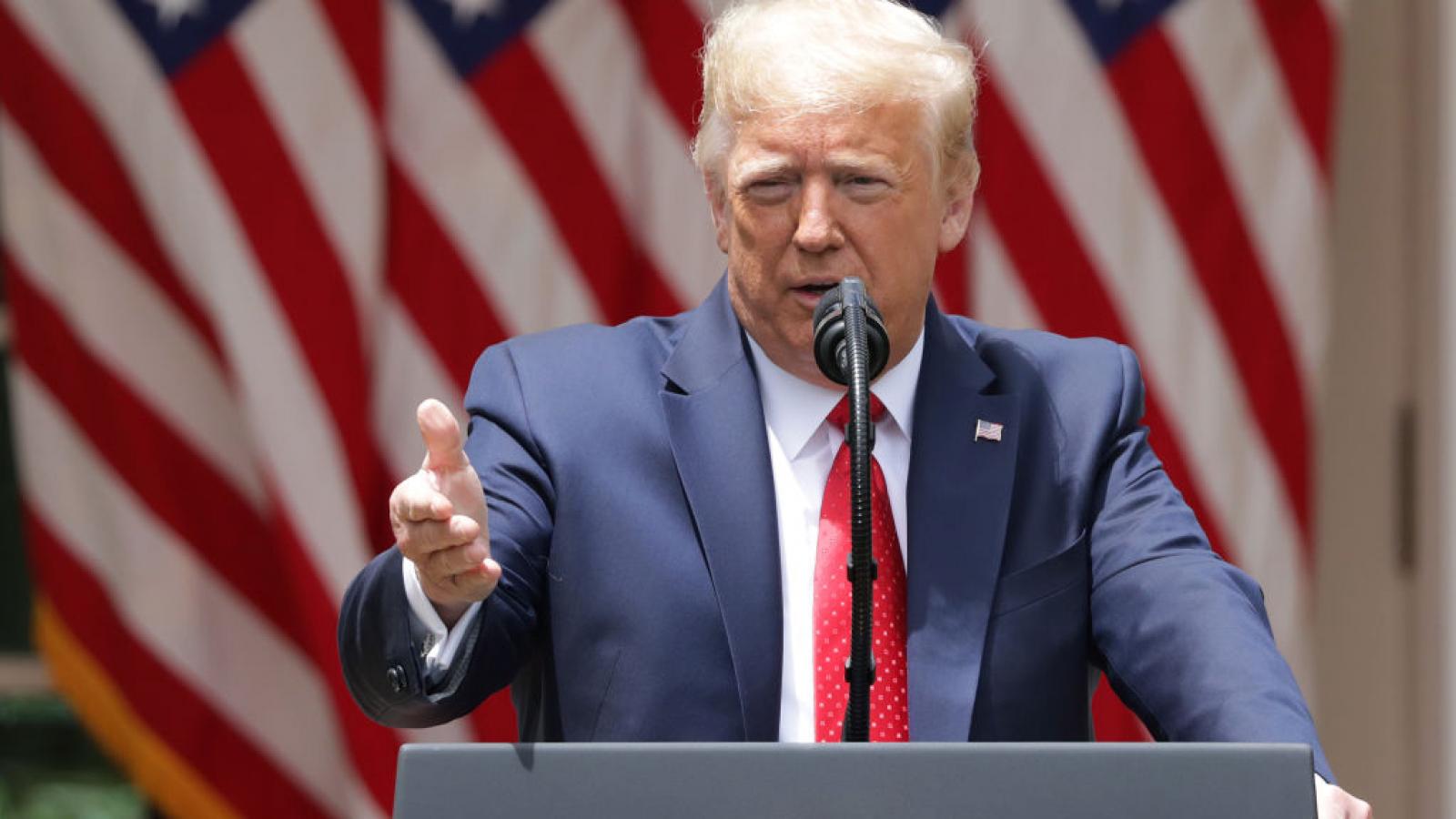 While President Trump has often been an outspoken critic of athletes kneeling during the National Anthem, he said on Wednesday that former NFL quarterback Colin Kaepernick should have another chance to play football provided that he can perform at a high enough skill level.

"When it comes to sports and kneeling, do you think Colin Kaepernick should get another shot in the NFL?" Scott Thuman asked the president during an interview

"If he deserves it he should, if he has the playing ability," Trump replied.

The president said that Kaepernick's performance had declined over time: "He was terrific in his rookie year, I think he was very good in his second year and then something happened. So his playing wasn't up to snuff," the president remarked.

"The answer is absolutely I would. As far as kneeling—I would love to see him get another shot but obviously has has to be able to play well. If he can't play well I think it would be very unfair," Trump said.

The president also conveyed the same view last year: "I'd love to see Kaepernick come in if he's good enough," the president said in 2019. "But I don't want to see him come in because somebody thinks it's a good PR move."

NFL Commissioner Roger Goodall during an interview expressed support for the idea of a team signing Kaepernick.

"If he wants to resume his career in the NFL that obviously is going to take a team to make that decision, but I welcome that, support a club making that decision and encourage them to do that," Goodall said.