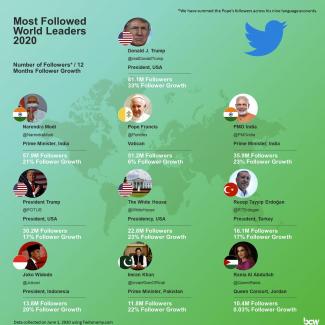 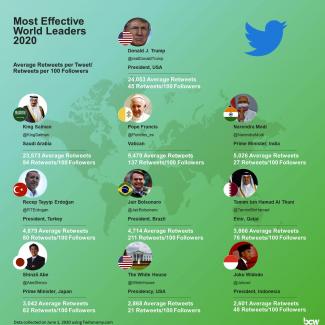 President Trump and his White House social media profiles surpassed the 200-million-follower mark at the height of the coronavirus pandemic, according to tallies provided to the Just the News by the White House.

On the same date, President Trump had 21 million Instagram followers, and the White House had 6.4 million on the platform.

Trump's ability to access both his personal brand and White House social media assets illustrate the powers of the bully pulpit that come with incumbency.

As President Trump seeks to remove special exemptions from liability for social media platforms exhibiting political bias, a raft of smaller competitors are rising, promising more freedom of speech than such giants as Twitter, Facebook and YouTube. A number of the new entrants in the market are particularly popular among conservative users, many of whom believe they are singled out for censorship by left-leaning tech companies. They include such platforms as Parler and CloutHub.

Last month, Trump's former campaign manager, Brad Parscale, who has since been moved to the campaign's digital team, reacted to Twitter's decision to attach a "manipulated media" tag to a recent video posted by the president with a tweet reading, "Hey @twitter, your days are numbered," and linking to a post on his Parler.com profile.

Trump is known for his signature, raucous, stadium-sized rallies drawing thousands of in-person supporters to stadiums nationwide. Supporters often stand in line for hours to pack in closely together to clap, cheer, and, presumably, share a few germs.

But with tight federal guidelines during the coronavirus pandemic recommending that gatherings be capped at just 10 people and state orders to shelter in place, those rallies have been curtailed.

Instead, at-home coronavirus campers are turning to their social media, with the Trump campaign reporting that more than one million viewers participated in each of the campaign’s first two online broadcasts, for coalitions of “Women for Trump Online” and “Latinos for Trump Online.”

The broadcasts airing on Facebook and Twitter have featured such top surrogates as Lara Trump, senior advisor to the Trump campaign and daughter-in-law of the president, Trump campaign political director Chris Carr, and strategic communications director Mercedes Schlapp.