"President Trump was following my condition and cleared me for the monoclonal antibody therapy that he had previously received, which I am convinced saved my life," Carson wrote. 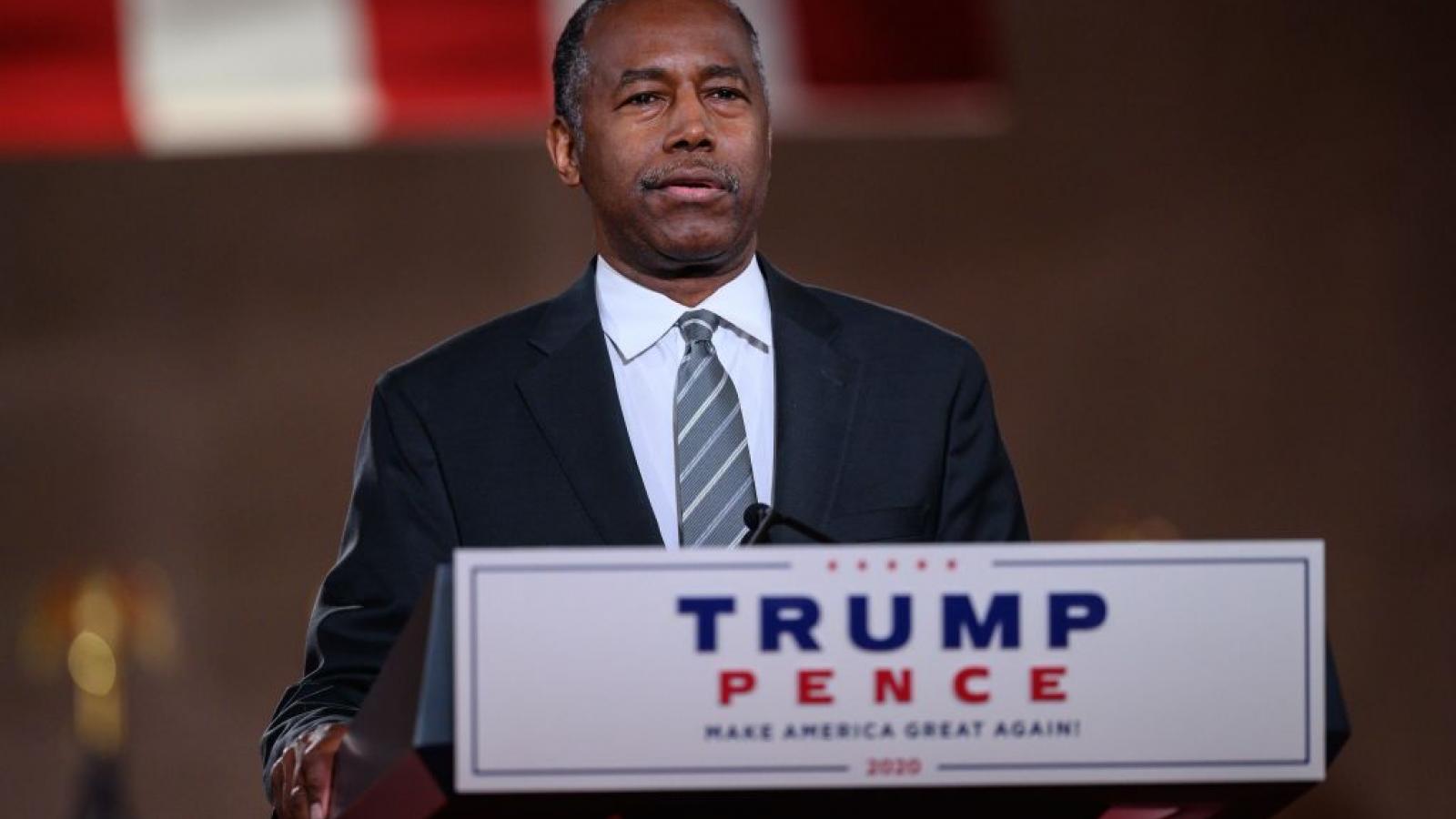 Housing and Urban Development Secretary Ben Carson in a Facebook post said that he thinks he is "out of the woods" regarding his experience with COVID-19.

"I was extremely sick and initially took Oleander 4X with dramatic improvement," the former neurosurgeon wrote Friday. "However, I have several co-morbidities and after a brief period when I only experienced minor discomfort, the symptoms accelerated and I became desperately ill. President Trump was following my condition and cleared me for the monoclonal antibody therapy that he had previously received, which I am convinced saved my life."

Carson thanked those who he said helped him.

"President Trump, the fabulous White House medical team, and the phenomenal doctors at Walter Reed have been paying very close attention to my health and I do believe I am out of the woods at this point," Carson noted. "I am hopeful that we can stop playing politics with medicine and instead combine our efforts and goodwill for the good of all people. While I am blessed to have the best medical care in the world (and I am convinced it saved my life), we must prioritize getting comparable treatments and care to everyone as soon as possible."

There have been more than 12 million COVID-19 cases in the U.S. and more than 255,000 deaths, according to Johns Hopkins University.