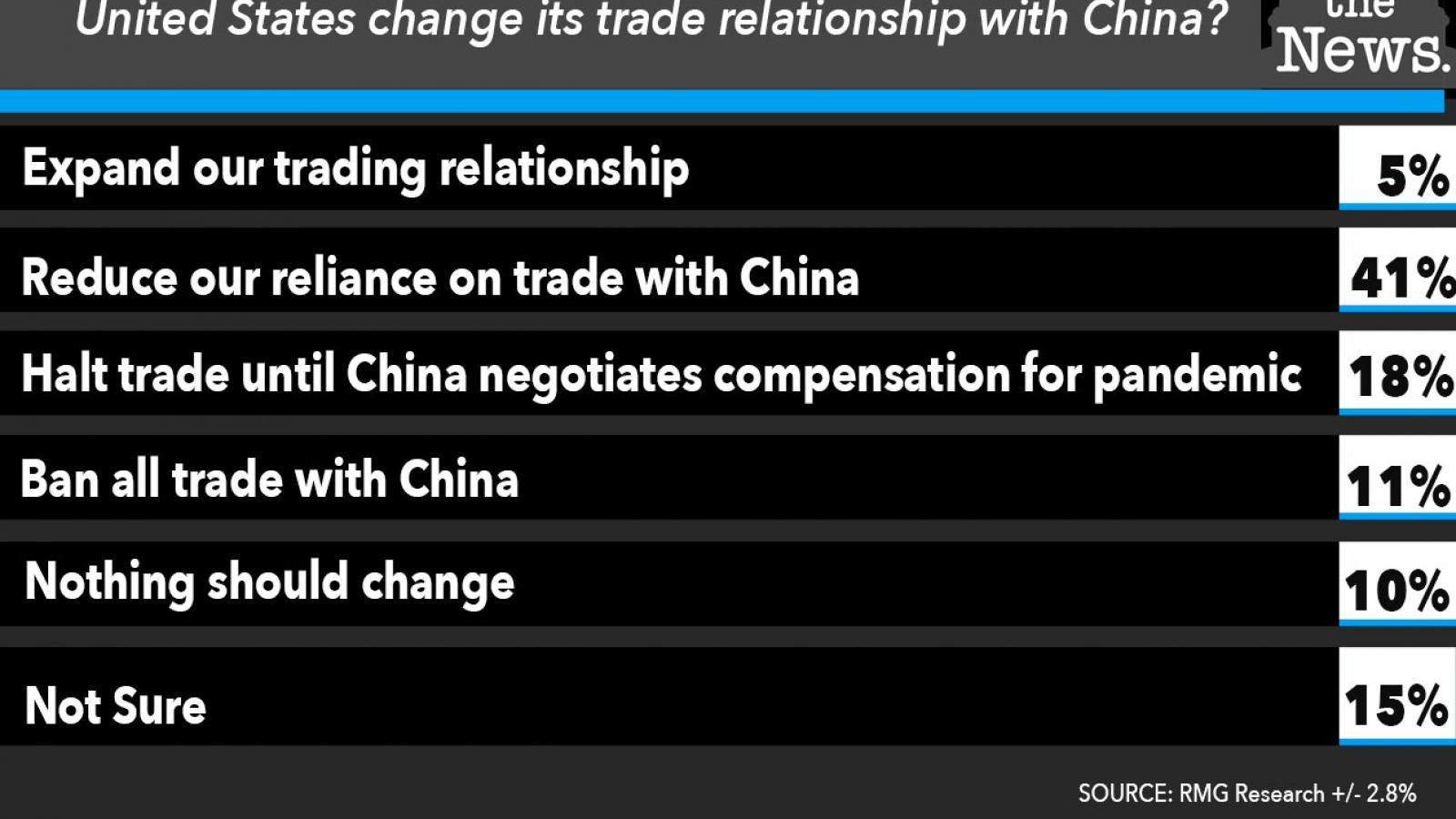 Seventy percent of American voters say they want restrictions on trade with China, according to a new Just the News Daily Poll with Scott Rasmussen.

"There were public concerns about China’s trade practices before the pandemic. Those concerns have now escalated significantly," Rasmussen said. "The only question is how harshly we deal with the nation that most Americans believe made the pandemic worse."

"Solid majorities of every measured demographic group want us to cut back on trading with China," Rasmussen said. "However, there are some partisan differences in emphasis."

President Trump said Monday at the White House that his administration was undertaking "serious investigations" for actions to take against China for not stopping the coronavirus more quickly.

"There are a lot of ways you can hold them accountable," Trump said during a press briefing of the White House Coronavirus Task Force. "We're doing very serious investigations, as you probably know. And we are not happy with China. We are not happy with that whole situation. Because we believe it could have been stopped at the source. It could have been stopped quickly, and it wouldn't have spread all over the world."

Respondents were asked “When the pandemic is over, how should the United States change its trade relationship with China?" They replied as below: