Trump releases plan to reopen economy after pandemic, 'based on hard, verifiable data'

Trump said Thursday that some states will be eligible to start re-opening 'literally tomorrow.' 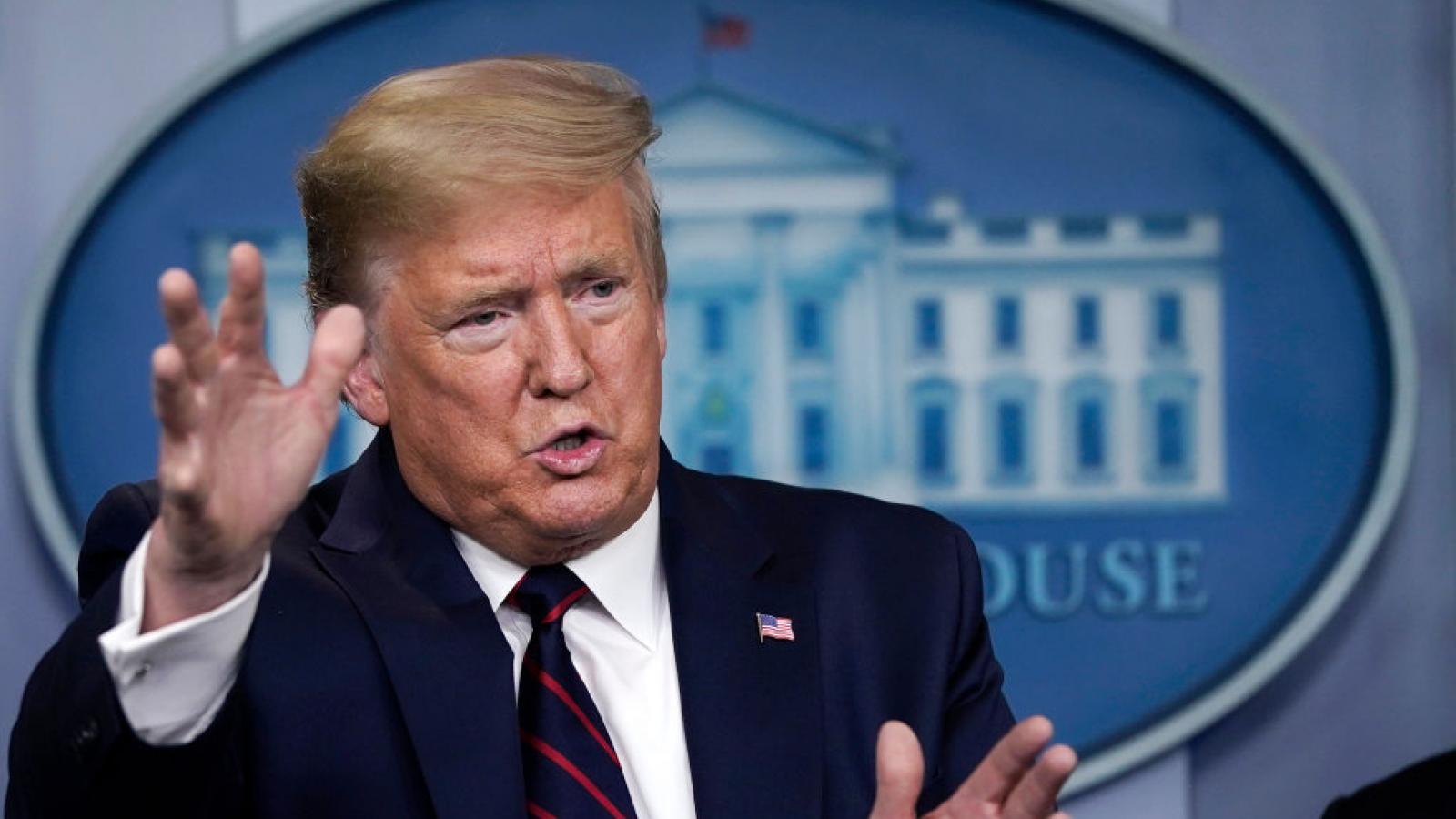 President Trump on Thursday outlined what he called a "phased and deliberative approach" to reopening the economy after the coronavirus shutdown, giving wide leeway to governors to reopen on their own timelines.

Trump and health experts on his White House Coronavirus Task Force set forth a three-phase plan that integrates guidelines around coronavirus testing and tracing, hospital capacity, state preparedness, maintaining social distancing, encouraging teleworking when possible (especially when feeling sick) and protecting the vulnerable – including the elderly.

"Based on the latest data, our team of experts now agrees that we can begin the next front in our war, which we are calling 'Opening Up America Again," Trump said during a daily task force briefing. "We're opening up our country, and we have to do that. America wants to be open and Americans want to be open. As I have said for some time now, a national shutdown is not a sustainable, long-term solution."

Trump said some phase-one activities could begin as soon as Friday.

Read the White House's plan to reopen by clicking below.

Policymakers put in place widespread “shelter-in-place” and “social distancing” orders in mid-March as the coronavirus ravaged the world. Now nearly 30% of U.S. counties report no new coronavirus cases in the past seven days, Trump said.

He also said no coronavirus patient who needed a ventilator was ever denied one, despite such dire predictions and reports. He said that the United States had a lower coronavirus mortality rate "than almost all other countries."

"Now that we have passed the peak in new cases, we're starting our life again," Trump said. This strategy is based on hard, verifiable data."

Trump said not reopening the economy as soon as possible also would have resulted in such "immense and wide-ranging" public health problems as drug abuse, heart disease and suicide.

"Over the long haul, you cannot do one with out the other," Trump said. "We must have a working economy, and we want to get it back very, very quickly ... . I believe it will boom."

Vice President Mike Pence, who leads the White House's coronavirus task force, said Thursday the guidelines for reopening were based on "the best science and the best common sense."

The broad outlines of the plan, which relied heavily on governors' decision making, were announced earlier in the week.

“We have one country, but we have lots of different pieces. It’s a puzzle,” Trump said in the White House Rose Garden on Tuesday. “We have beautiful pieces, beautiful states with capable governors. They know when it’s time to open. And we don’t want to put pressure on anybody. I’m not going to put any pressure on any governor to open. I’m not going to say to Governor Cuomo ‘You gotta open within seven days.’ I want him to take his time, do it right, and then open New York.”

To read the list of members of the White House's "Great American Economic Revival Industry Groups," click the pdf below.