President Biden is expected to cancel $10,000 in federal student loans for all borrowers making less than $125,000 a year — a plan that experts, including prominent Democrat economists, argue will make inflation worse, disproportionately benefit wealthier Americans, and cost taxpayers hundreds of billions of dollars.

Biden's announcement, widely expected to take place Wednesday, is expected to include a short-term extension of the pause on federal student loan interest and repayments originally put in place to provide relief amid the economic fallout caused by COVID-19. The freeze is scheduled to expire on Aug. 31.

This repayment moratorium, along with targeted actions by the Biden administration to cancel some student debt, has already cost the federal government nearly $300 billion since March 2020, according to the Committee for a Responsible Federal Budget, which noted most of these costs are from executive actions under the Biden administration.

"Combined, these policies would consume nearly ten years of deficit reduction from the Inflation Reduction Act," the Democrats' massive spending bill recently signed into law by Biden, according to the committee.

The University of Pennsylvania's Wharton School, meanwhile, determined in a new study that a "one-time maximum debt forgiveness of $10,000 per borrower will cost around $300 billion for borrowers with incomes less than $125,000." Increasing the maximum amount forgiven to $50,000 per borrower — a proposal supported by many progressives — increases the total cost to as much as $980 billion.

What makes these figures even more striking is the Department of Education underestimated by more than $300 billion the net cost to taxpayers of the federal student loan program. A report released by the Government Accountability Office in July and flagged by Just the News over the weekend originally estimated these loans would generate $114 billion in income for the government. As of fiscal year 2021, however, these loans are estimated to cost the federal government $197 billion — a $311 billion swing the wrong way.

The largest increases — $102 billion — stemmed from emergency relief provided to most federal student loan borrowers in response to COVID-19, including the suspension of all interest and payments due.

These figures are more than numbers on paper, according to experts, who note someone ultimately has to pay these costs.

Debt forgiveness "benefits recent college grads and hurts most everyone else, both rich and poor," he added. "But don't assume it is 'free' money — it is not."

The "perpetual deferral of interest on student loans is just about the worst policy," Furman, a Harvard economist, told Newsweek earlier this year. "It is costly, unjustified, and has added to inflation."

Furman isn't the only economist to serve in a senior post for a Democratic president who's now speaking out against student loan cancellation. Larry Summers, a former top official in the Clinton and Obama administrations, warned Monday that Biden could make the current inflation crisis worse through student debt forgiveness.

"I hope the administration does not contribute to inflation macro economically by offering unreasonably generous student loan relief or micro economically by encouraging college tuition increases," Summers wrote in a series of tweets. "Every dollar spent on student loan relief is a dollar that could have gone to support those who don't get the opportunity to go to college."

Still, progressives have been pressuring Biden to cancel $50,000 of student loan debt per borrower through executive action — if not all $1.75 trillion owed by some 43 million Americans nationwide.

"Student loan debt relief is spending that raises demand and increases inflation," Summers added. "It consumes resources that could be better used helping those who did not, for whatever reason, have the chance to attend college. It will also tend to be inflationary by raising tuitions."

Summers doubled down on his position on Tuesday, rejecting comparisons between student debt cancellation and other economic relief measures provided by the federal government.

What's not in dispute, however, is that loan forgiveness is regressive, primarily benefiting higher-income earners.

Almost one-third of all student debt is owed by the wealthiest 20% of households, and only 8% is owed by the bottom 20%, according to a Brookings Institution study from earlier this year.

"It's like a tax cut for high-income, college-educated households," the report stated.

Another study similarly concluded that canceling all student loan debt would give the top 20% of income earners six times more benefit than the bottom 20% of earners.

The new University of Pennsylvania study concluded about 70% of the debt forgiven accrues to households in the top 60% of the income distribution.

One reason for these findings, according to experts, is that about 40% of all student debt is borrowed for graduate and professional programs, investments that on average lead to well-above-average lifetime incomes.

Biden himself has previously suggested that student loan forgiveness would disproportionately benefit students who go to "elite" private colleges.

However, the Washington Post noted canceling $10,000 in debt for those with student loans would settle the balances of roughly one-third of borrowers and cut total debt by at least half for another 20%, citing the latest data from the Education Department.

Despite the benefits to those in debt, however, experts argue the policy is unfair, potentially advantaging those who have gone to college at the expense of those who didn't and may earn less money.

"Forgiving student loans is unfair to students who have paid off their loans; unfair to students who have chosen less expensive community college options; unfair to taxpayers whose dollars are paying off the loans and who have no college education; and it will not rescue students from large amounts of debt," Diana Furchtgott-Roth, adjunct professor of economics at George Washington University and former chief economist for the Department of Labor, said in May. 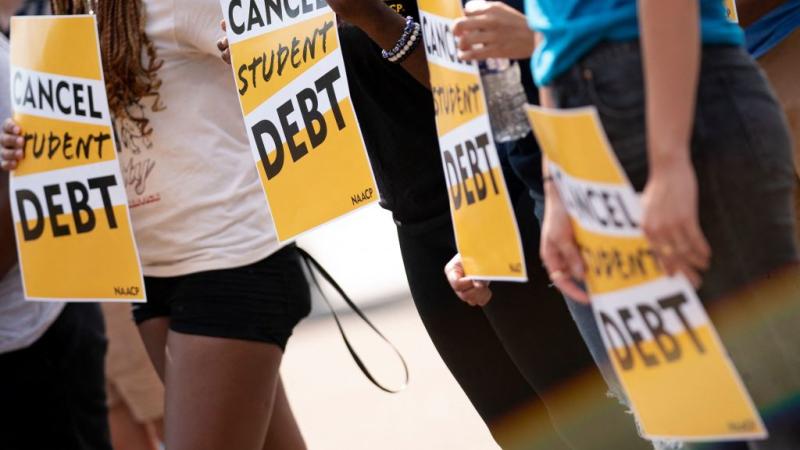 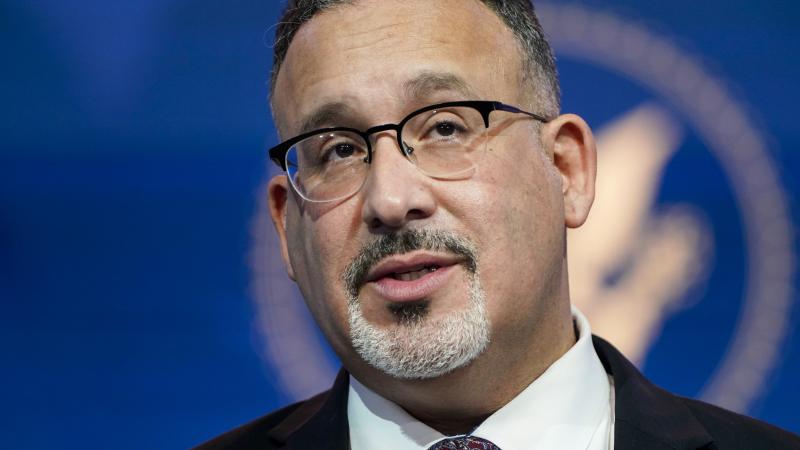