Some parents plan to return to institutional schools, but industry predicts growth

Parents in the U.S. are continuing to show elevated interest in homeschooling, signaling a potential surge as the future of institutional in-person schooling throughout the country remains unclear in the midst of the coronavirus pandemic.

Beginning just over a year ago, schools throughout the country began to close down for fears that schoolchildren might contribute to the spread of COVID-19. Most school districts switched to "virtual" learning models in which students studied lessons via Zoom-based instruction, with many of them required to sit in front of computer screens for long hours every day.

Interest in homeschooling shot up late last year, particularly as teachers nationwide were refusing to return to classrooms and in-person education in the winter and spring of 2021 appeared less likely.

"The motivation for homeschooling is changing"

Johannes Ziegler, the founder and CEO of the home instruction company Miacademy, said he "absolutely" expects interest in homeschooling to remain elevated above its earlier levels.

"The reason is that the motivation for homeschooling is changing," he said. "It used to be a few years ago that a very large share of homeschoolers were homeschooling for religious reasons and [other] worldviews. The shift began prior to COVID and is big-time now."

"Beyond the immediate need of schools closing more and more people are dissatisfied with the experience in public schools and are homeschooling for very pragmatic reasons." He cited "bullying" and "negative experiences" associated with schools as two motivators.

John Edelson, the founder and president of Time4Learning, echoed that assessment.

"What typically happens is parents decide to homeschool in a bad situation, like in the pandemic," he said. "What they find is that they like it, and that their children thrive."

Edelson said homeschooling families often go through a period of adjustment when they first begin.

"All the parents start with great trepidation," he said. "People are scared of homeschooling. They don’t know if they can do it." Once they get acclimated to a curriculum and begin making connections in the community, they often "decide to do it for a second or third year," he said.

That trend has been predicted elsewhere. Hamilton Lombard, a research specialist at the University of Virginia’s Weldon Cooper Center for Public Service, estimated in September that, while many students will return to institutional schools after the pandemic, "the share of Virginians who work from home or homeschool will undoubtedly be even higher than was predicted before the pandemic."

Not every parent plans to continue with homeschooling. Maryland resident Giordana Segneri said she opted to place her six-year-old in a homeschool program after he was forced to "sit tethered to a screen" as part of a local virtual schooling arrangement. Her son turned "eager and enthusiastic about learning again" after making the switch, she said.

"[T]there were a lot of negative emotions and behaviors surrounding [virtual schooling] in the fall," she said. "A sense of calm has settled in since we started home schooling, and a lot of that is due to the flexibility."

Still, she added, "once things go back to ‘normal’ and I return to the office full time, it just won't be feasible."

The goal for her son this year, she said, was to get him "through the rest of the academic year in a way that would challenge and engage him, capitalizing on the flexibility we have while working from home." The family has seen "remarkable leaps in [his] comprehension and academic skills since we started homeschooling," she said, "and we hope that will serve him well when he returns to in-person school."

Marie Williams in southern Georgia suggested it could go one way or the other for her family in the fall.

Williams said she pulled her children out of local school due to concerns over COVID-19 transmission. "The schools in our area didn’t do a mask mandate," she said.

She said homeschooling allowed her to tailor her daughters’ educations to their respective skill levels, including via the tools offered in the Time4Learning curriculum. In the fall, however, she’s not certain what will happen.

"That’s been a conversation between me and my husband," she said. "My girls, they simply love school. They’re teachers’ pets. They love the social interaction."

"If they came to me and said, ‘I don’t want to go back,’ I would continue homeschooling, without a shadow of a doubt," she said. "But my girls will probably go back unless the numbers in my area go back up, because we have a high-risk family member."

Though many students may indeed end up returning to institutional schooling, industrywide numbers continue to indicate strong future growth. A representative with the online education company Outschool said the company has seen 2,000% growth since last year. "We expect that the interest in our unique offering will remain, even as schools open up," the company said.

Katherine Hays, a spokeswoman for the curriculum company Oak Meadow, also said they expect interest to stay high even into next school year.

John Edelson predicted homeschooling is poised for a new and unexpected renaissance.

"I think the future for homeschooling is really bright," he said. "All the grownups have learned during the pandemic that work is something that you do, not somewhere that you go." And that has led many of them to rethink traditional schooling models as well.

"Parents are realizing that sending their kids to school is not necessarily the best education," he said. "This is opening up all sorts of new thinking on education." 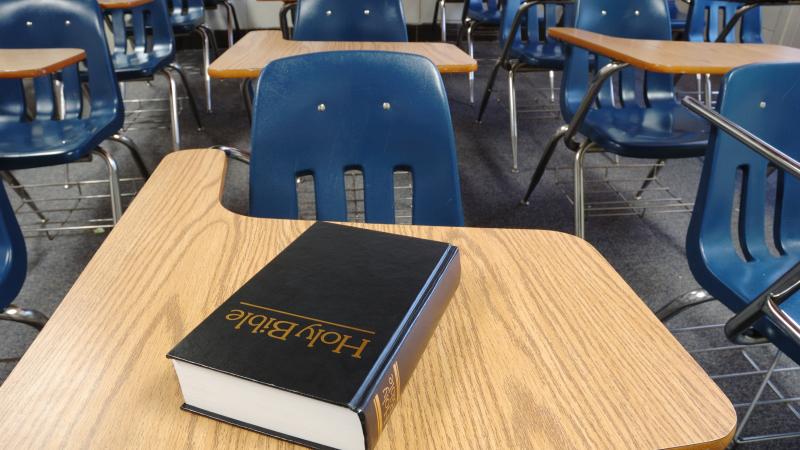