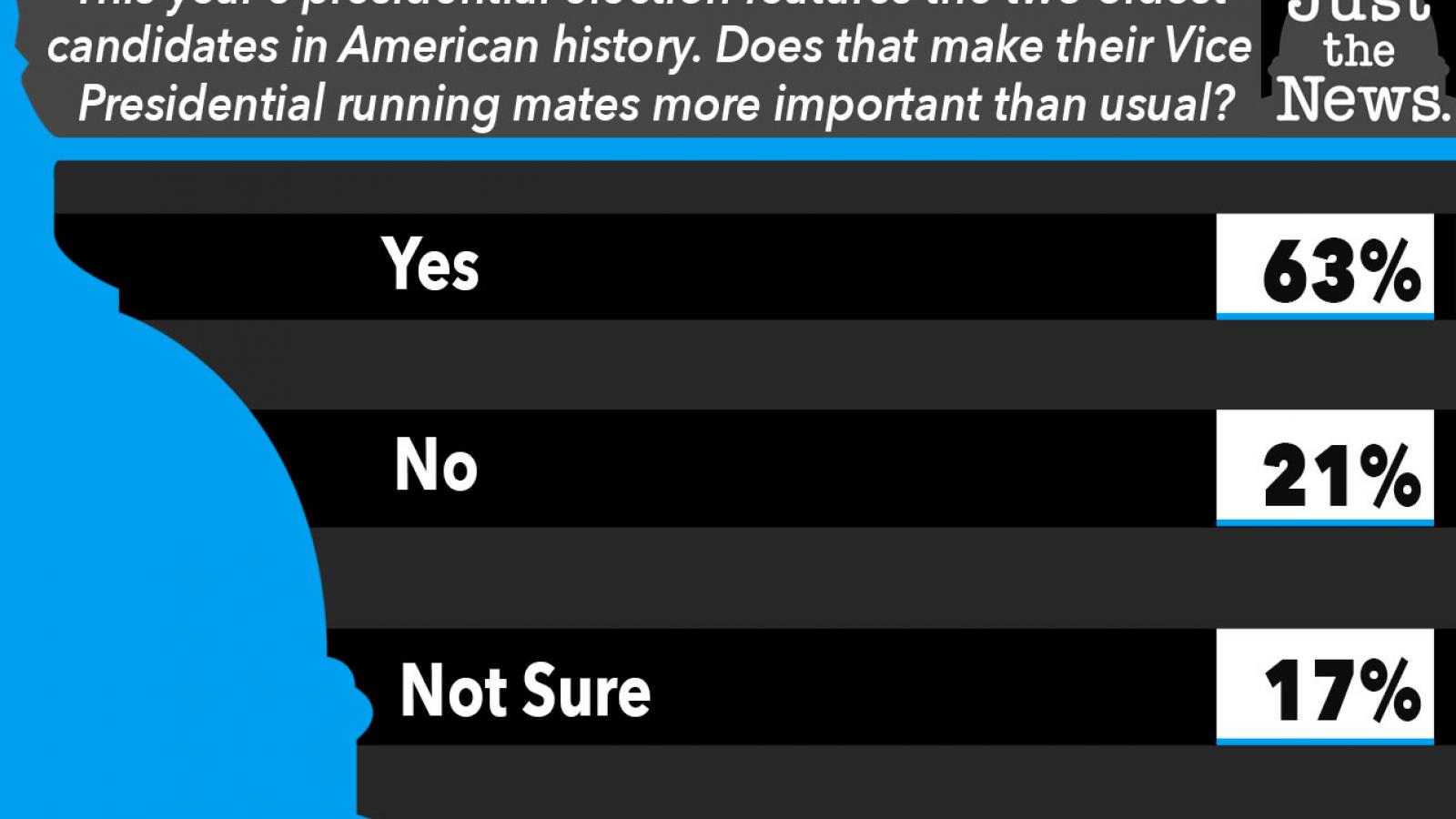 A new Just the News Daily Poll with Scott Rasmussen reveals that the majority of Americans believe the vice presidential picks of this year's two major-party presidential candidates are a more significant factor than in past races due to the relatively advanced ages of the two candidates.

Asked if the running mates of Donald Trump and Joe Biden were "more important than usual" due to two men being "the two oldest candidates in American history," 63% said yes. Just 21% said no, while 17% were "not sure."

At 70 years old at the start of his first term in January of 2017, President Trump was the oldest person to take office as chief executive in American history. If he were to win in November and take office in January, Joe Biden would significantly break that record at 78 years old.