Biden seems like a congenial moderate but really is a hostage to the far left, Kellyanne Conway says 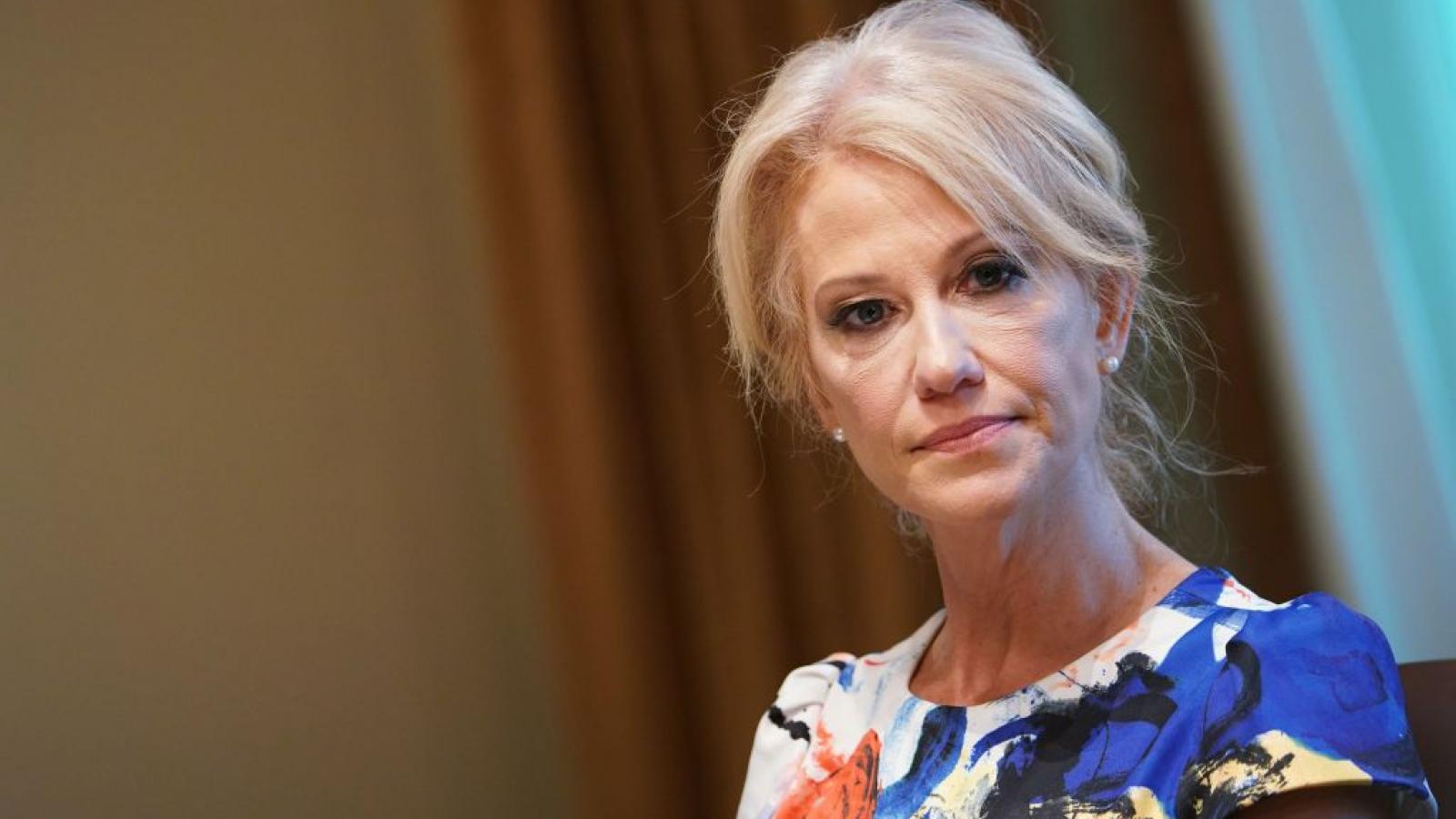 Presidential adviser Kellyanne Conway is comparing presumptive Democratic presidential nominee Joe Biden to a bad blind date, suggesting he may appear to be a congenial moderate but in fact is a hostage to his party's far left extremists.

"You can make whatever you want him to be. He's a cipher," Conway said on the weekend show "Watters World" on FoxNews.  "He's like the blind date you haven't yet met. He's handsome. He's funny. He's responsible. He loves little kids. He puts his dishes in the sink and eventually the doorbell rings. You have to open it. And there's Joe Biden, not the person you thought you were going to get."

the Trump adviser said Biden has been trumpeting some of the president's ideas on China and the middle class but she predicts he will carry out the regulatory agenda of liberals like Alexandria Ocasio-Cortez, Bernie Sanders and Elizabeth Warren if elected.

"Don't be fooled because his policies don't match up. He's part of the Bernie-AOC manifesto," she said. "He has committed to $4 trillion in new taxes. He's going to totally uproot our whole deregulation agenda, which has saved billions of dollars, but also means that for every new one regulation in, Brian, we have about twelve old ones out."