The Canadian owner of the shuttered Keystone XL pipeline has put the State Department on notice it plans to seek $15 billion-plus in damages from the United States over President Biden's executive order in January shutting its operations.

Energy company TC Energy Corp. said it filed a notice of intent Friday to seek damages under the United States-Mexico-Canada agreement under a legacy clause involving the prior NAFTA trade pact.

"TC Energy will be seeking to recover more than $15 billion in damages that it has suffered as a result of the U.S. Government’s breach of its NAFTA obligations," the company said.

Citing climate change, Biden signed an executive order halting the project that former President Donald Trump had approved. TC Energy last month officially ended the project, which had created thousands of jobs and  promised to carry carry hundreds of thousands of barrels of oil per day from Canada into the United States.

A few months after Biden shuttered the North American pipeline, he approved lifting sanctions for a Russian pipeline project in Europe known as Nord Stream 2 that Trump had blocked. 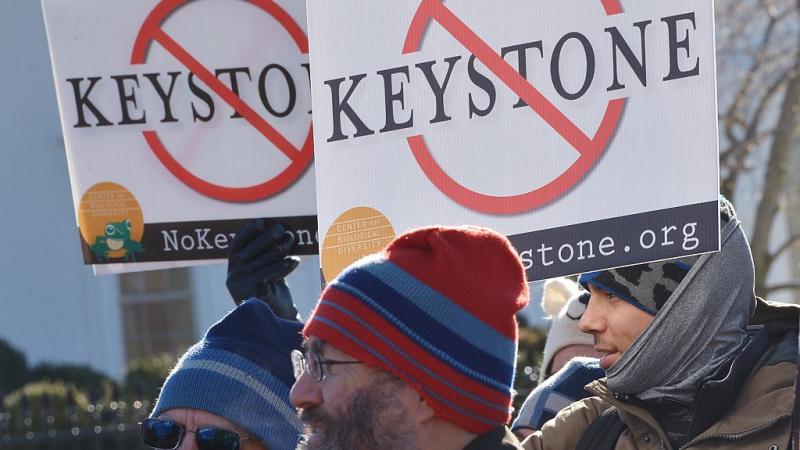