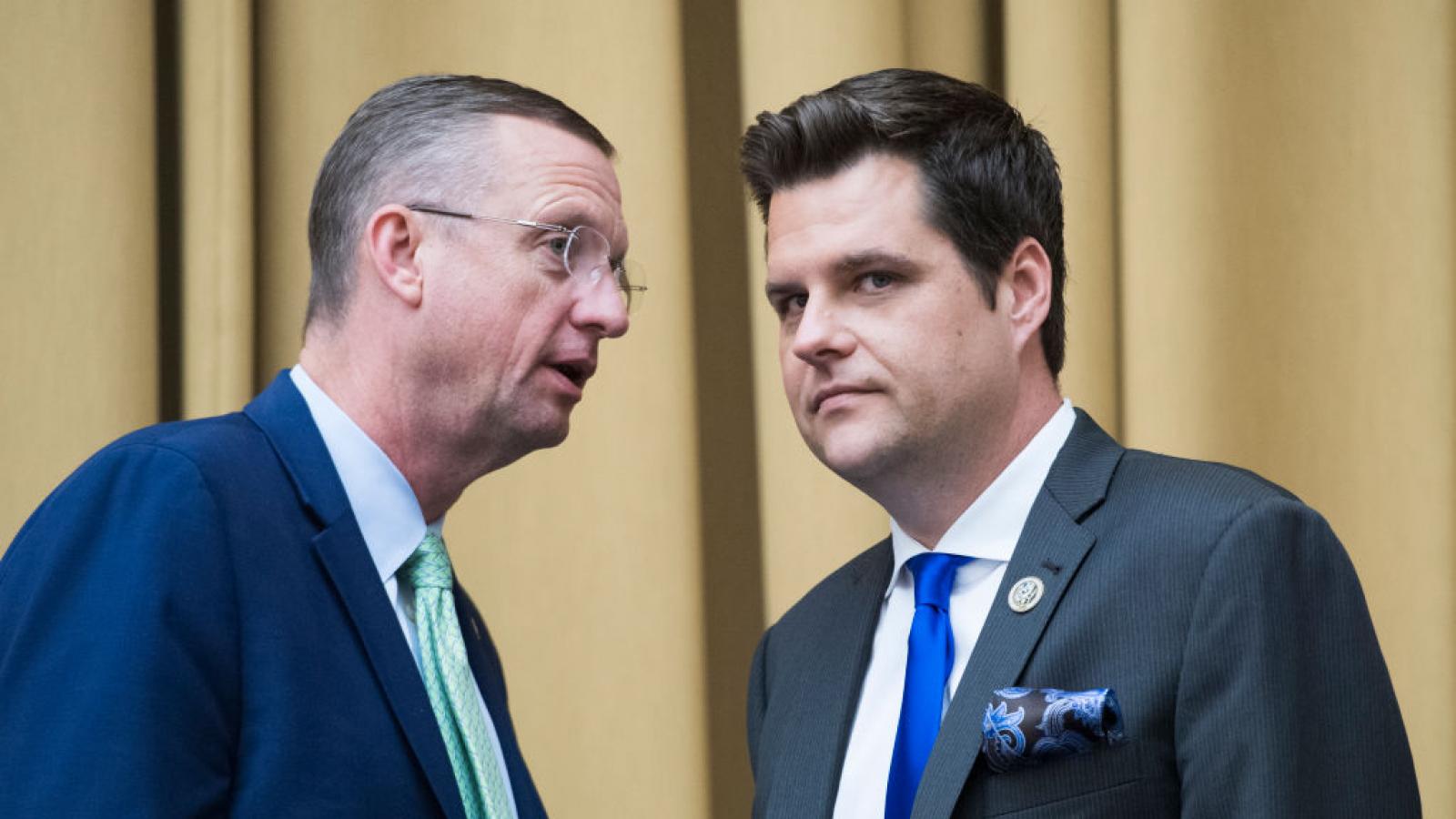 Rep. Mark Meadows, President Trump's incoming chief of staff, will self-quarantine after learning he may have had contact with a person at the recent Conservative Political Action Conference, in Washington, D.C., who tested positive for the coronavirus.

"Rep. Meadows was advised this weekend that he may have come in contact with the CPAC attendee who tested positive for COVID-19, now 12 days ago. Out of an abundance of caution, Meadows received testing, which came back negative," Ben Williamson, Meadows' congressional chief of staff, said in a statement. "While he's experiencing zero symptoms, under doctors' standard precautionary recommendations, he'll remain at home until the 14-day period expires this Wednesday."

CNN reports that Meadows (R-N.C.) has not yet assumed the chief of staff role.

"Meadows has not yet taken his new job and was not scheduled to start this week, an official told the cable news network.

Republican Reps. Matt Gaetz and Doug Collins also said Monday that they will self-quarantine, after learning that they encountered a person at CPAC who has been diagnosed with the coronavirus.

Neither Gaetz, Florida, nor Collins, Georgia, are symptomatic but will stay self-quarantined until 14 days after the encounter at CPAC, which concluded Feb. 29.

Gaetz reportedly was in close proximity to Trump over the past several days – including a limo ride to Orlando, Florida, from Mar-a-Lago, where the congressman was photographed at a party Saturday night, and a flight back to Washington on Monday aboard Air Force One.

Collins reportedly shook hands with Trump when the president arrived last week in the congressman's home state, then accompanied the president on a tour of the Centers for Disease Control and Prevention, in Atlanta.

The House members' separate announcements follow Texas GOP Sen. Ted Cruz announcing Sunday that he had briefly engaged with a person at CPAC who tested positive and that he would remain home for 14 days after the encounter.

Also on Sunday, Arizona Rep. Paul Gosar announced that he would stay home for 14 days after his CPAC interaction with the person who tested positive for the virus, also known as COVID-19.

"I was with the individual for an extended period of time, and we shook hands several times," Gosar wrote in a statement in which he also noted that he was not symptomatic.