Under orders of Mayor Bill De Blasio, New York City will have vehicle checkpoints manned by law enforcement officers at key bridges and crossings to strictly enforce the travel quarantine over the Thanksgiving holiday.

The city's regulations mandate that travelers either quarantine for 14 days or take a COVID-19 test to prove they don't have the virus. Violations of self-quarantine will be enforced, and may carry fines of $1,000 to $2,000, according to the mayor’s office.

New York City Sheriff Joseph Fucito said the sheriff's office will be conducting spot checks when out-of-state buses drop riders off. In addition, deputies will check cars with out-of-state – and even New York – licenses plates. Test-and-trace teams will also be on the ground to help direct people to testing sites while providing "education" about quarantine, MSN.com reported.

"The city will enforce the completion of traveler forms at airports, Penn Station and the Port Authority Bus Terminal. There will be self-test site teams on site," the news site said.

De Blasio wasn't the only politician in the state to be making headlines. Democratic Gov. Andrew Cuomo caused a scandal when he declared he was planning to break his own COVID-19 restrictions.

"If you are asking for my advice, I have said publicly that my personal advice is you don't have family gatherings, even for Thanksgiving," Cuomo said. "I don't want to endanger our family or our friends, so we'll celebrate virtually."

But in a radio interview this week, Cuomo said "my mom is going to come up and two of my girls is the current plan."

His mother, Matilda, is 89, and two of his three daughters planned to travel to the governor's mansion in Albany for the holiday.

"This is one of the many reasons why Cuomo is the WORST Governor in America. His arrogance and hypocrisy knows no bounds. Do as I say, not as I do. Rules for thee, but not for me. Family for me, but none for you. A despised, hypocritical, tyrannical, hubris-laden Governor," Stefanik wrote on Twitter.

And Washington Post reporter Christopher Ingraham added: "Un-freaking-believable. Now more than ever, people are looking to elected leaders for signals on how to mitigate risk. Is it any wonder so many aren't following health guidelines? And this is the allegedly pro-science party!"

As the blowback intensified, the governor's office released a statement saying he would not be having Thanksgiving with his mother and daughters. 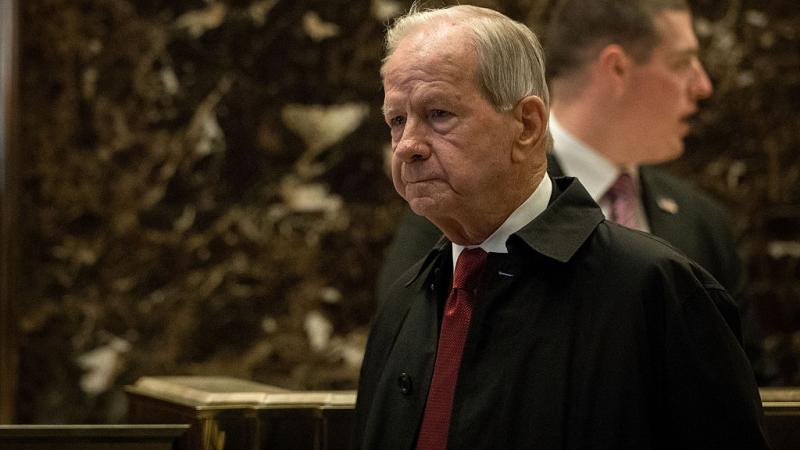