Overall, 51% would decline chance to be space tourist. 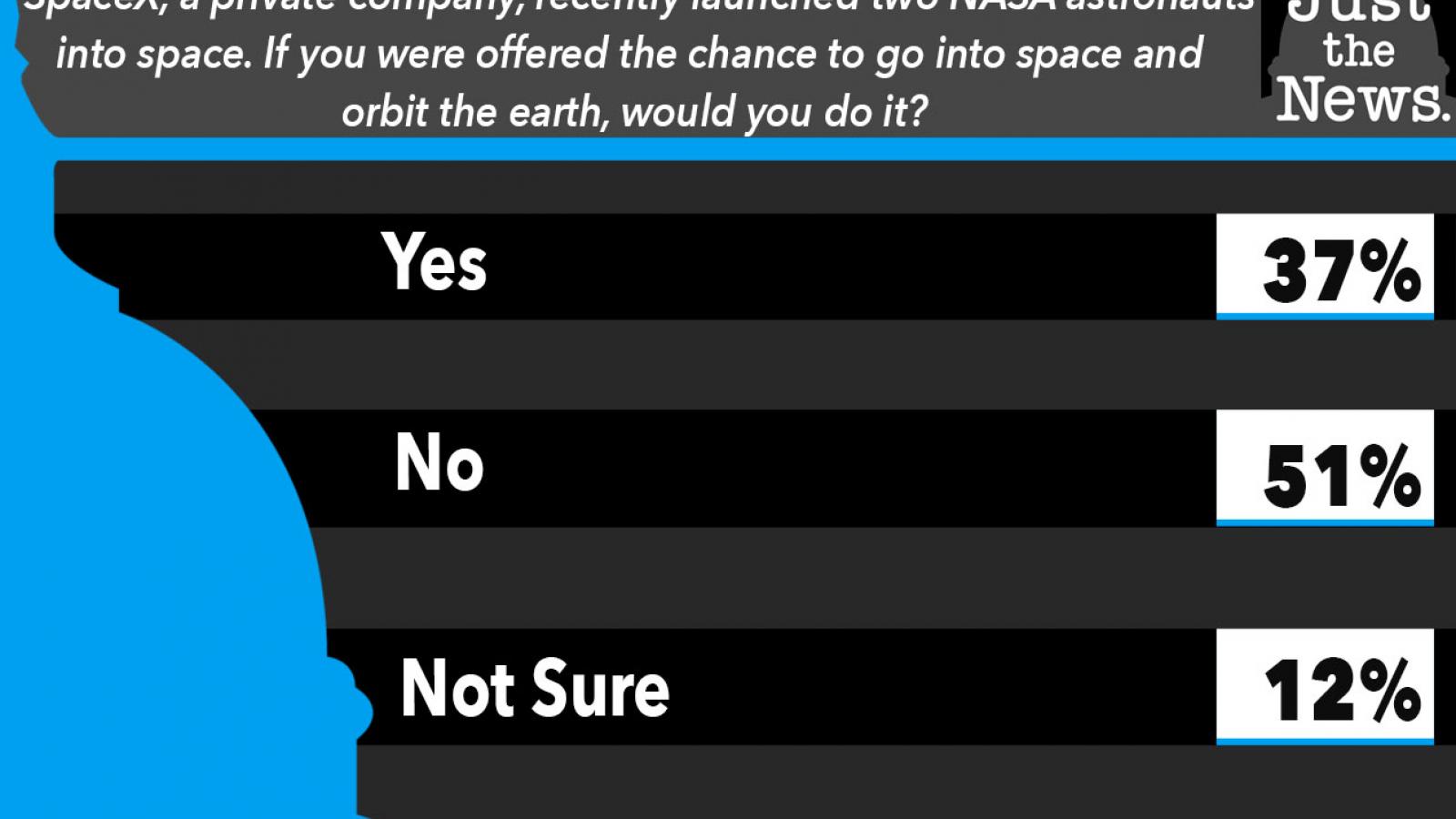 By almost a 2-to-1 margin, U.S. men are more likely than their female counterparts to say they'd take an offer to enter space and orbit Earth, according to the Just the News Daily Poll with Scott Rasmussen.

In the wake of the recent SpaceX launch, the Just the News Daily Poll found that 49% of American male voters, compared to just 26% of women voters would say "yes" if given the opportunity to go into space and orbit the earth.

"As a pollster, I have great respect for the common sense wisdom of the American people," Rasmussen said. "Almost always, even when I disagree strongly with some segment of the population, I can understand their point of view. But for the life of me, I can’t understand why people would even hesitate to go into space and orbit the Earth! For me, it would be the chance of a lifetime. I guess that reflects the view of someone who grew up watching the great space race of the 60s (I was 13 when Apollo 11 landed on the moon.)"

Rasmussen added: "Older folks are more reluctant than the more youthful. That may be due to health concerns as well. Still, while I'm growing skeptical that the opportunity will arise in my lifetime, I am ready to go!"

Just the News Daily Poll respondents were asked “SpaceX, a private company, recently launched two NASA astronauts into space. If you were offered the chance to go into space and orbit the earth, would you do it?" They replied as below: