Nearly six out of 10 believe Biden was the winner.

Nearly one-third of U.S. voters believe that President Trump was the legitimate winner of the 2020 election, according to a new Just the News Daily Poll with Scott Rasmussen. 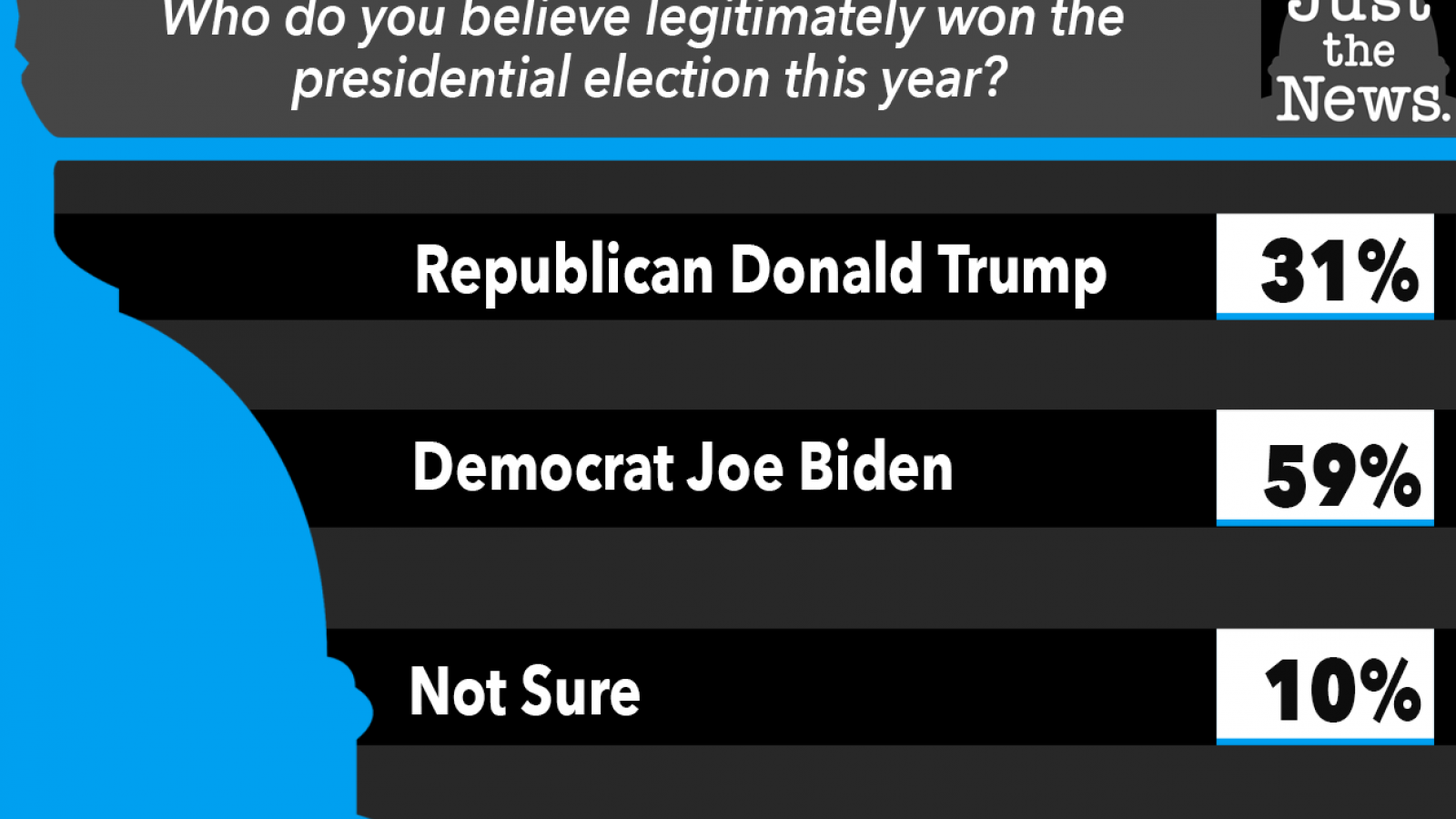 Perhaps unsurprisingly, the numbers are sharply divided by partisan affiliation: Among GOP voters, 64% believe Trump won the election, while 93% of Democrats believe it was Biden.