Voters who think the country isn't better off than it was four years ago are likely to blame President Trump for that state of affairs, according to a new Just the News Daily Poll with Scott Rasmussen.

Among the likely voters surveyed in the poll, 58% responded the country isn't in better shape than it was in 2016. Within that group, 66% blame Trump. 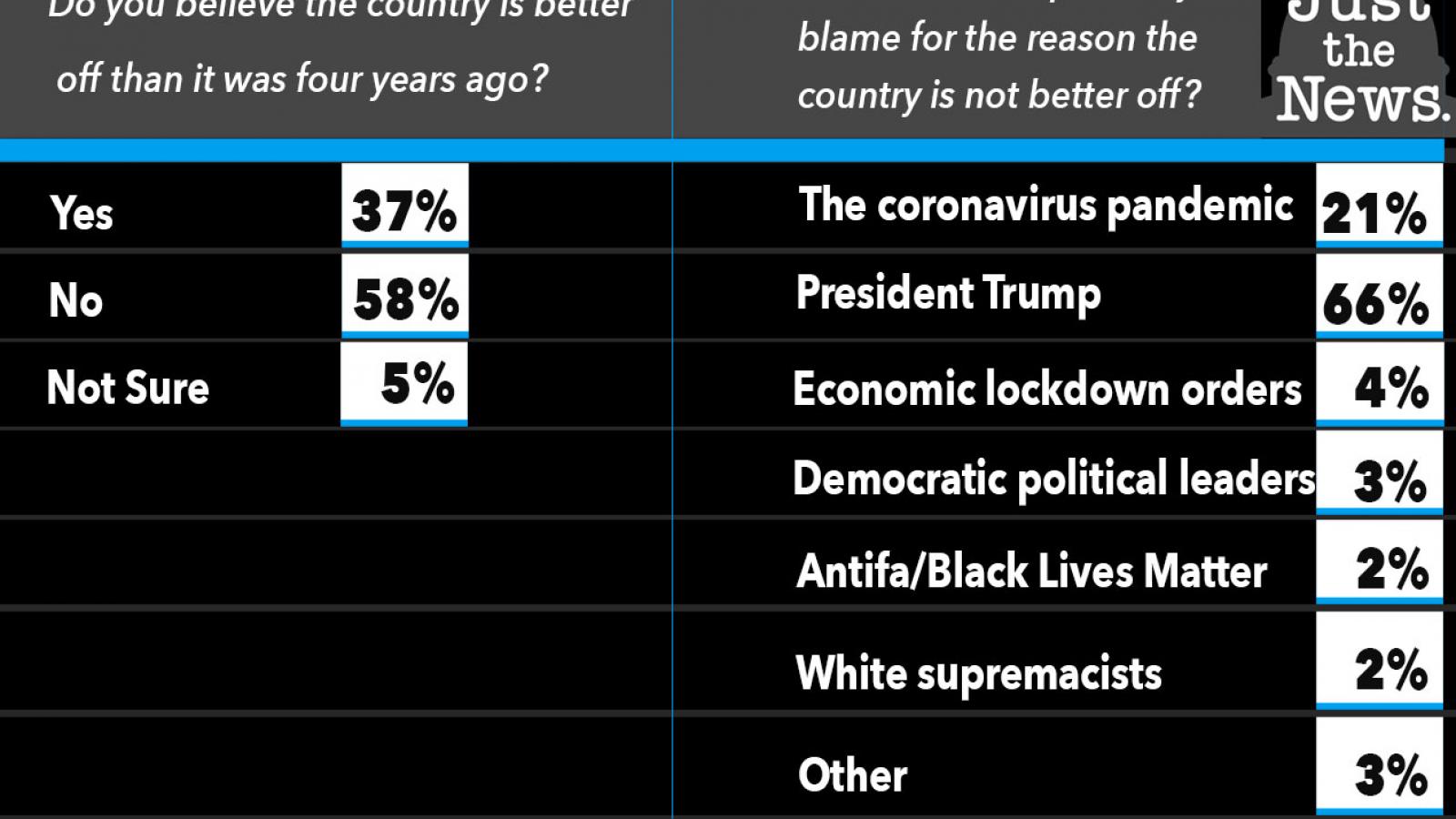 Though Trump gets the lion's share of the blame among voters who believe the country isn't better off, the total number of likely voters who feel that way is still less than a majority, considering that the 66% of 58% who didn't think the country was inbetter shape is equal to 38%.