Democratic presidential candidate Joe Biden maintains a steady, six-point lead over President Trump among likely U.S. voters, with the Nov. 3 election now about one month away, according to a new Just the News Daily Poll with Scott Rasmussen.

Among Americans who have signaled their intent to vote, 51% say they will pick Biden, while 45% will choose Trump. Just 1% say they will vote for Green Party candidate Howie Hawkins, while the remaining 3% were "not sure."

Rasmussen says the dynamics of in-person vs. mail-in voting could result in an extended period of ballot counting after polls close on election night. 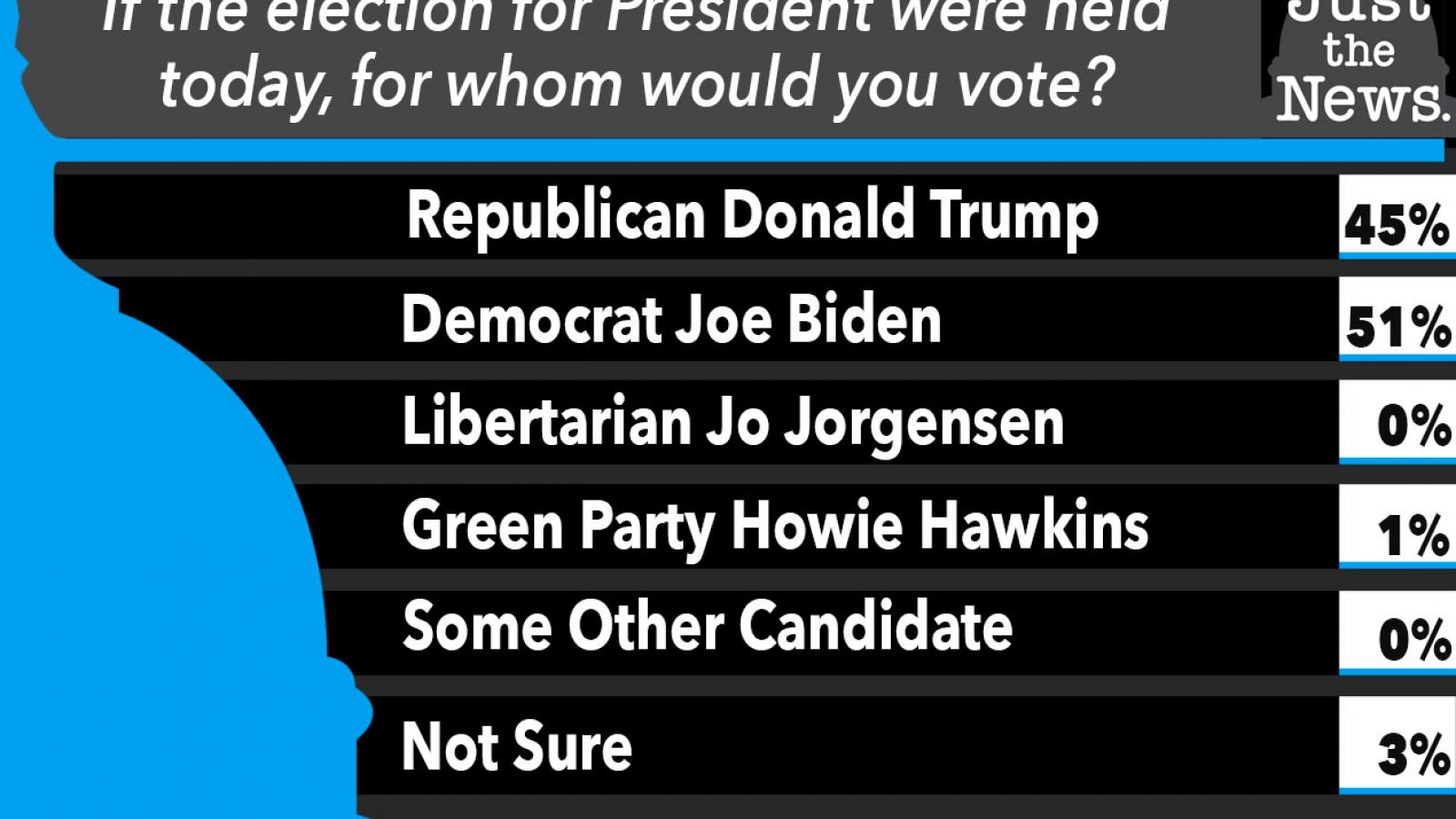 "This means that if the election is close, we won't know the winner for a while," Rasmussen continued. "Democrats could get encouraging news with reports on early voting. Then the GOP would benefit from turnout on Election Day. Then, as mail-in ballots come in over the following week or so, Biden's total would grow."

Nearly three dozen states "are not allowed to release their early voting or mail-in totals until Election Day," he pointed out.

The sample included 752 Likely Voters, defined as those who say they are "definitely going to vote" or "very Likely to Vote" and who know how they will vote. The likely voter sample was 39% Republican, 39% Democrat, and 22% independent.